Could the 2020 float season start early? 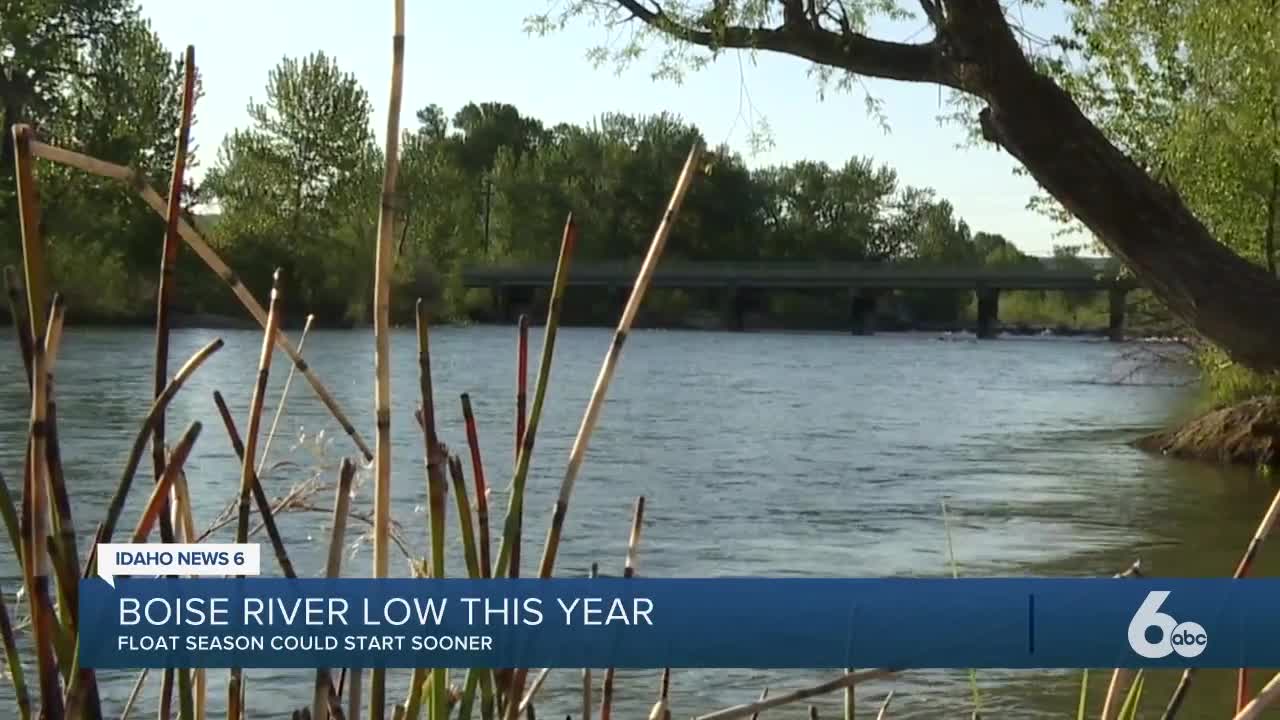 Flows on the Boise River are a bit lower than usual for this time of year.

BOISE, Idaho — Flows on the Boise River are a bit lower than usual for this time of year. Lack of slow from this past winter means there is less water in the reservoirs, so water managers are being more conservative with releasing water from the dams.

This means the county could open float season at any time. Generally at this time, water managers are in flood control operation, but with the light snowpack, that is not happening now.

Water managers want to keep as much water in the reservoirs as possible right now. According to Barrie, the irrigation season will likely be regular.

"It looks like we should have a normal irrigation season," said Barrie. "The problem that we'll be faced with by the end of the season is we'll have substantially diminished amounts of carryover water in the reservoirs taking us into next winter when that is a total unknown for us."