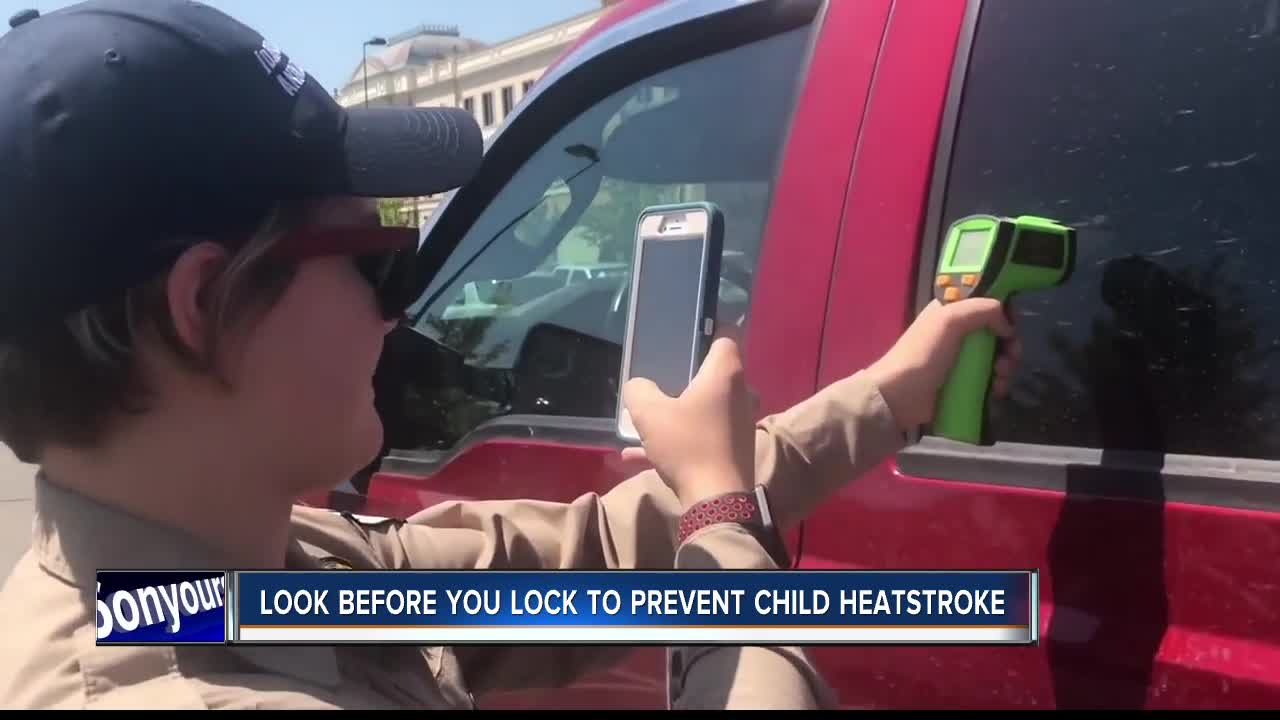 Look Before You Lock campaign

BOISE, Ida. — As temperatures heat up, Boise Police and St. Luke's Children Hospital are teaming up to remind people to Look Before You Lock. The campaign reminds people that it is dangerous to leave kids, pets, and elderly loved ones inside cars.

All around Boise, you'll see flyers, posters, and even stickers designed to help remind you to keep a look out for kids who may be left in cars and to help parents and caregivers make a habit of checking for children before leaving a vehicle. Even the most loving, caring and protective parents have accidentally forgotten a child in a car. This year, three children died in Florida and Arizona. San Jose State University reports since 1998, 798 children in the U.S. have had heat-related deaths after being trapped inside vehicles. They range in age from five days old to 14. A record-setting 52 children died in hot cars in 2018.

In Idaho, seven children have died from heatstroke after being left in a car. The most recent were in 2017 in Twin Falls and Caldwell involving a ten-month-old and a five-month-old. The temperatures outside were just 85 and 75 degrees respectively, but the inside of a car heats up fast, even with the windows cracked. When it's 75 outside, temperatures in a car can reach 94 degrees within ten minutes and 109 degrees within 30 minutes.

One St. Luke's Children's pediatrician says a child's core temperature can increase three to five times faster than that of an adult. Dr. Brian Birch says the increase can cause permanent brain or neurological injury, or even death, in a very short time.

Boise Police respond with lights and sirens to several calls each summer on reports of a child left in a car. SVU Detective Tonya Newberry calls it a heartbreaking and dangerous situation that can also be criminal.

"The person responsible can be charged with felony injury to a child if that child is hurt, or possibly a misdemeanor--even if the child is lucky enough to be ok," Det. Newberry says.

Most cases are accidental. Of the related child deaths in the U.S., more than half of the children were simply forgotten by a caregiver and more than a quarter happened when the child somehow got access to the car on their own.

Local businesses are joining the Look Before You Lock campaign. Albertson's, Jacksons, Boise Towne Square, Walmart, Zamzows and Petco will put out special flyers and large posters. Small stickers are also being handed out for people to put on their work badges, cell phones, inside their cars, anywhere that might serve as a trigger to ensure children weren't accidentally or unintentionally left behind.

Other ways to protect your family include:

If you see a child, senior or pet alone in a vehicle, get involved. Call 911 immediately. If the child seems hot or sick, get them out of the vehicle quickly. St. Luke's Children's Hospital and Boise Police urge you to share these important safety tips with your childcare providers, teachers, relatives, friends, family, and neighbors. It could save a life.