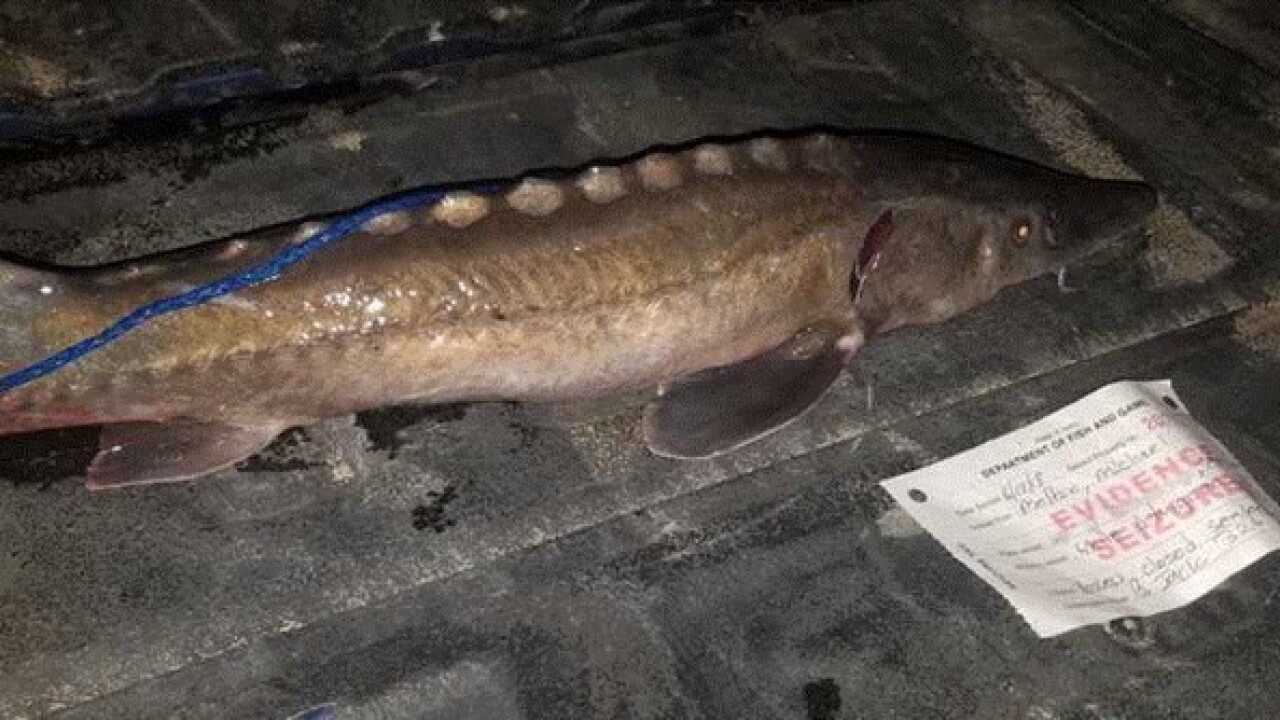 Copyright 2018 Scripps Media, Inc. All rights reserved. This material may not be published, broadcast, rewritten, or redistributed.
Brian Jack, Idaho Dept. of Fish and Game
<p>Photo by Brian Jack IDFG</p>

A Boise man has been cited for catching and keeping a two-foot white sturgeon caught below Swan Falls Dam on the Snake River. Fish and Game officers say a call to Citizens Against Poaching helped them track and cite a poacher.

Investigators say Michael Melton of Boise caught the sturgeon on the evening of June 17, and put the fish in his vehicle. They say another angler confronted Melton, telling him that sturgeon fishing on the river is catch and release only. Melton reportedly ignored the angler and drove away. “Fortunately, the angler was an excellent witness,” Fish and Game conservation officer Brian Jack siad. “He called the CAP hotline and provided us with a license plate number and accurate descriptions of both the vehicle and the suspect.”

That evening officers contacted Melton -- who they say still had the sturgeon-- at a Meridian residence. After a short discussion, they say Melton admitted to catching and keeping the fish.

Melton was cited for possession of a white sturgeon during closed season. If convicted, he will face a mandatory fishing license suspension and civil penalties.

“Detecting wildlife crimes is difficult without the support and vigilance of the sporting public,” Jack said. “The CAP program is an excellent tool for sportsmen who make the call in a timely manner and provide the kind of detail we need to make a successful case.”