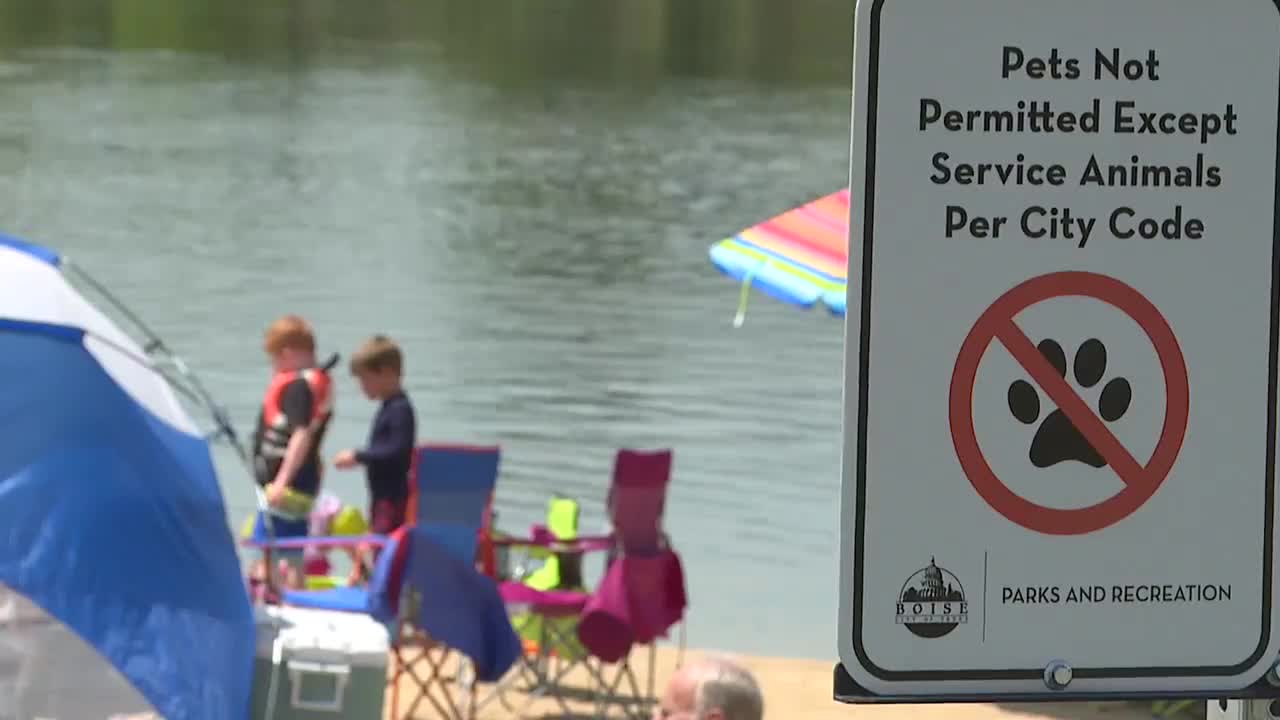 BOISE — The ponds in Esther Simplot Park are a popular place for people to recreate and cool off when the weather heats up.

The ponds are also very susceptible to toxic blue-green algae blooms that tends to thrive later in the summer when the temperature rises in July and August.

The City of Boise has been working to implement measures to prevent this from happening in an effort to improve the water quality in the ponds.

Blue-green algae is kind of like a weed in the water, it is hard to prevent and it when it arrives it's tough to get rid of, it thrives in warm stagnant water.

The Public Works Department installed a pipe that pumps water from the Boise River into Quinn's Pond and the city has also dropped around 70 aerators to the bottom of all three ponds to improve circulation, cool the water while mixing in oxygen.

"We want to create a safe environment for our customers to be able to use all three ponds," said Doug Holloway the director of the Boise Parks & Rec Department. "We are hoping that some of these remedies will allow us to get to that point."

The Boise Parks & Rec Department also tests the water on a weekly basis and if they blue-green algae, E. coli or other bacteria have risen to a dangerous level, they will shut down the ponds like they did several times last year.

"The algae bloom is very common in Idaho waters," said Hollway. "It's in lakes and ponds all across the state and it is very difficult to prevent from occurring."

The leading cause of E. coli in the water is waste so parents can help by making sure their children wear water diapers.

Dogs are not allowed in the ponds because they are the leading cause of E. coli in the water and this year Eagle Island State Park followed Boise's lead and banned dogs from the pond in the state park.

Boise is also working to prevent the second leading cause of E. coli in the water, goose droppings, Holloway told us they chase the geese away from Esther Simplot Park.

The aerators will be activated in the next couple of days which may change the water color and drop the temperature a little bit, but it isn't something that should cause alarm to anyone who wants to swim in the ponds.