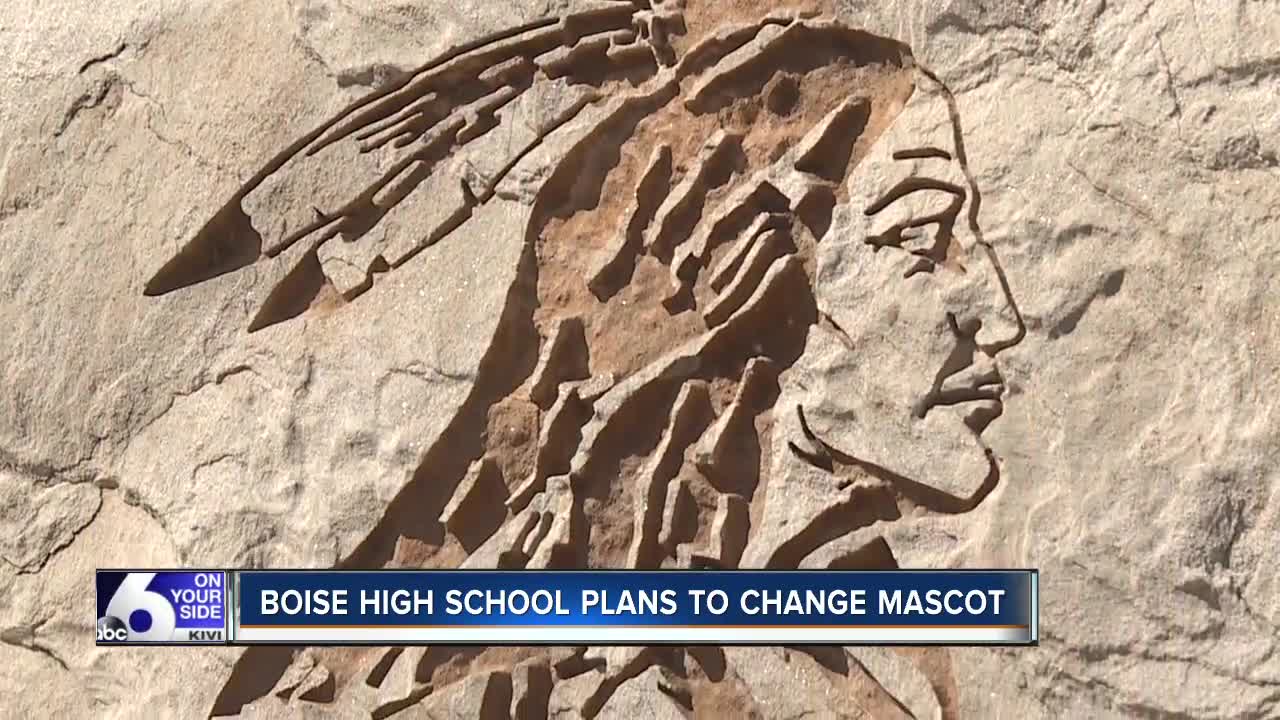 BOISE, Idaho — Boise High School is taking steps toward changing their Braves mascot to one they think is more in line with the schools values, and one less offensive to those of Native American descent.

Boise High Schools current mascot, the Braves, showcases a Native American themed caricature that the Shoshone-Bannock Tribes, in a letter to the Idaho State Board of Education, say displays racial misappropriation. Now, they’re calling on the Boise School District to change it.

“Braves, the mascot for Boise High was instituted some 100 years ago, things have changed since then, and the world has changed,” said Dan Hollar, Spokesperson for the Boise School District, who said that is the reasoning behind Boise High School’s proposal to change their mascot from a caricature to a character trait.

“No longer referring to Boise High as the Braves, but as Brave,” said Hollar.

It’s only a one letter difference, but it’s a complete change in meaning for Idaho’s Native American tribes; in particular, the Shoshone-Bannock tribes, which wrote a position paper to the Idaho State Board of Education, requesting the mascots of eight Idaho schools be changed.

The schools they requested change their mascots are as follows:

“If you put yourself in their shoes, and see the issue through their eyes, it’s disrespectful to them, the use of ‘Braves,’ it means something different to them,” said Hollar.

While the proposed name change is sparking controversy, with people worried the school is destroying history, Hollar said that isn’t the purpose, “We’re not rewriting history, if you graduated from Boise High as a Braves, you know, as a Boise High Brave, then you can always refer to yourself as the Braves," said Hollar, he also said, “Curriculums change over the years, and certainly the world has changed, and I think if we’re educating students to be better prepared to be global citizens, this is the right step."

The Boise School District tells us this is a change that is going to take a number of years in order to change sports uniforms and mascot logos throughout the school, but they say it’s a change they’re planning to make.

The final decision on the proposal will be made by the Boise School District board on August 12th.