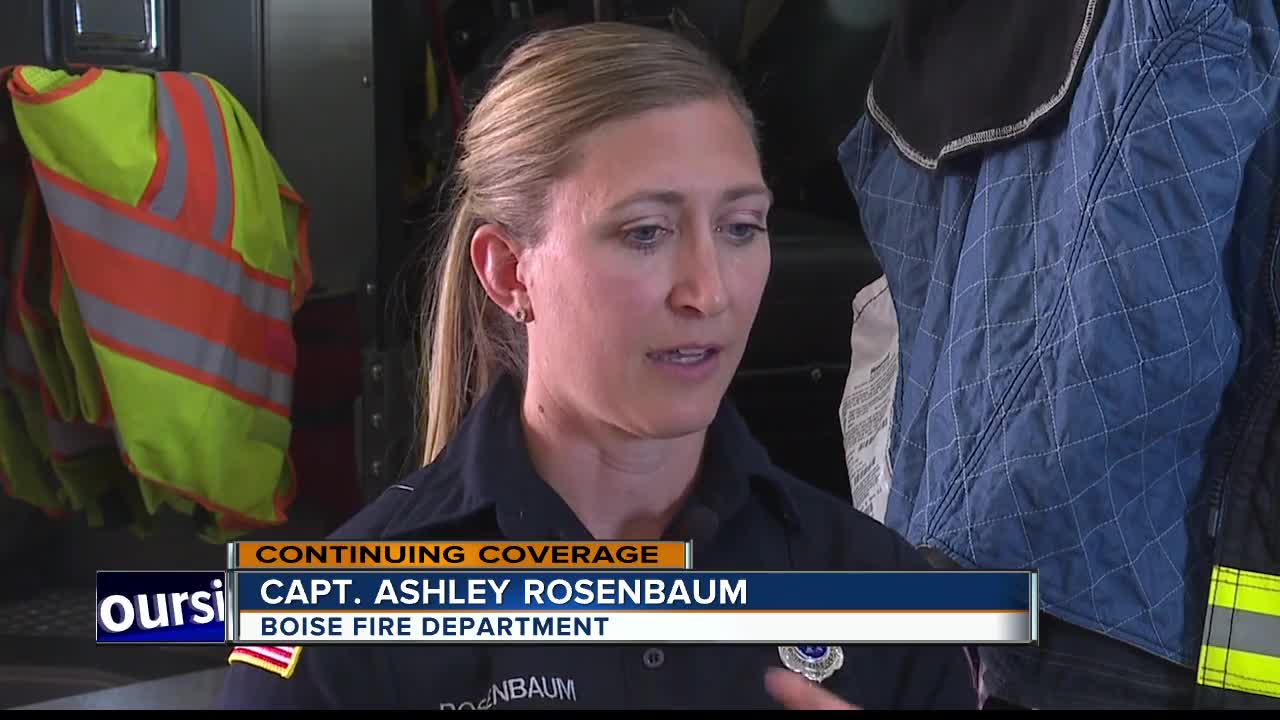 The Boise Fire Department is celebrating a new milestone as it welcomes the first female fire captain.

BOISE, Idaho — "I was the second female to get hired on with the department and shortly after she retired. For a long time, it was just me here," said Captain Ashley Rosenbaum, Boise Fire Department.

Rosenbaum began her career with Boise Fire back in 2007. She worked her way up and was promoted to senior firefighter in 2017. Not only is she on the hazmat team, but she also served three years on the aircraft rescue firefighting team. Since she joined the department, she's been joined by several other women.

"We've been kind of blessed the last few years. We've increased the ranks. We've got three other operations personnel that are female so that's nice to see that kind of diversification," said Rosenbaum.

"Ashley is one of our best firefighters and she has been working hard to work her way up the ranks and I knew she was a leader when I first hired her," said Doan.

Chief Doan says Boise Fire does outreach programs to young girls to teach them about the department.

"It's important for little girls to look at a fire engine and see women on the fire engine to know that they have role models and they can be firefighters too," said Doan.

"I've just been really blessed that I have a great department to work for with great firefighters and they really are like a family and I wouldn't trade this job for anything," said Rosenbaum.