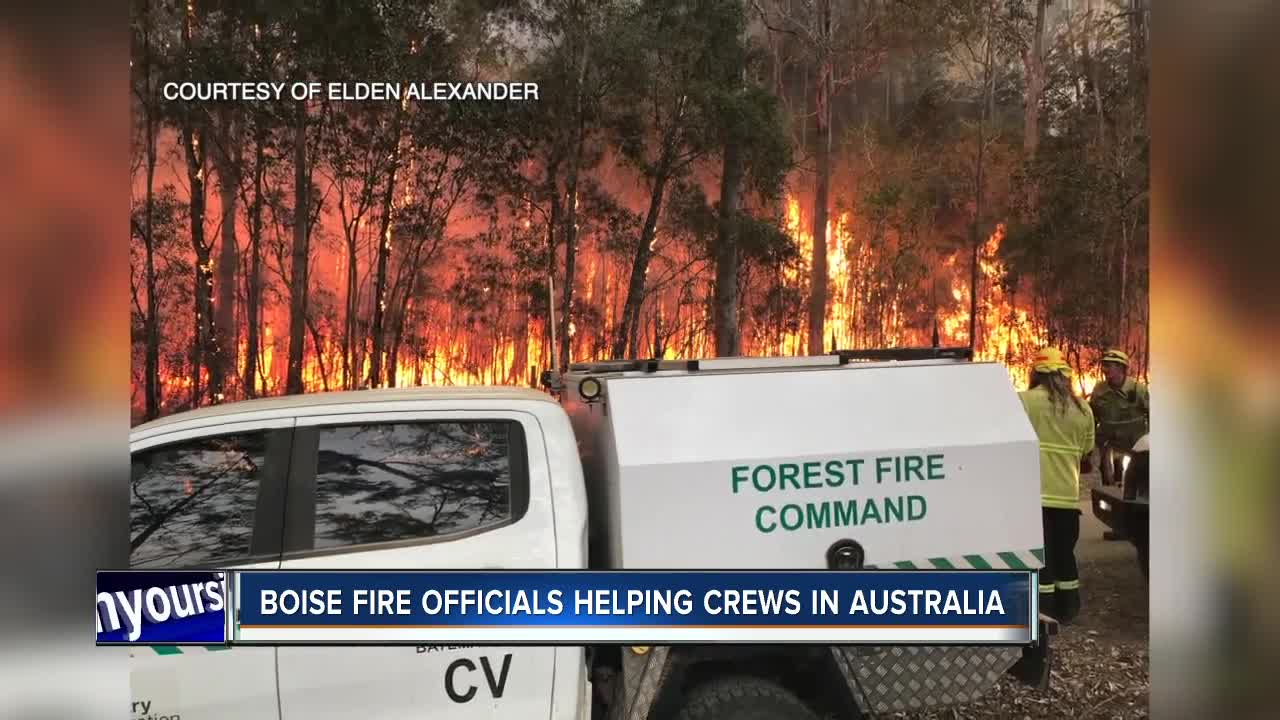 Boise-based fire experts are on the ground in Australia helping firefighters.

BOISE, Idaho — Local fire experts from Boise are now on the ground in Australia as the country deals with historic brushfires that have now scorched roughly five and a half million acres of land.

Elden Alexander is one of just a handful of Boise-based fire professionals currently in Australia. He works with the Bureau of Land Management and the National Interagency Fire Center. His main mission is to mediate between the two countries and fill the need for additional resources on the ground.

"They're looking at another 3 months of very tough conditions, with no rain in the forecast, above average temps, and below average rain. Fire experts from the United States came over and gave them a hand. We have fire experts from Virginia, all the way to Hawaii, and Alaska, and everywhere in between," said Alexander.

The Australian fire season typically starts in January, but it started earlier this year.

Alexander said he and the other Boise-based fire experts are planning on staying in Australia until February - or until the fires are under control.