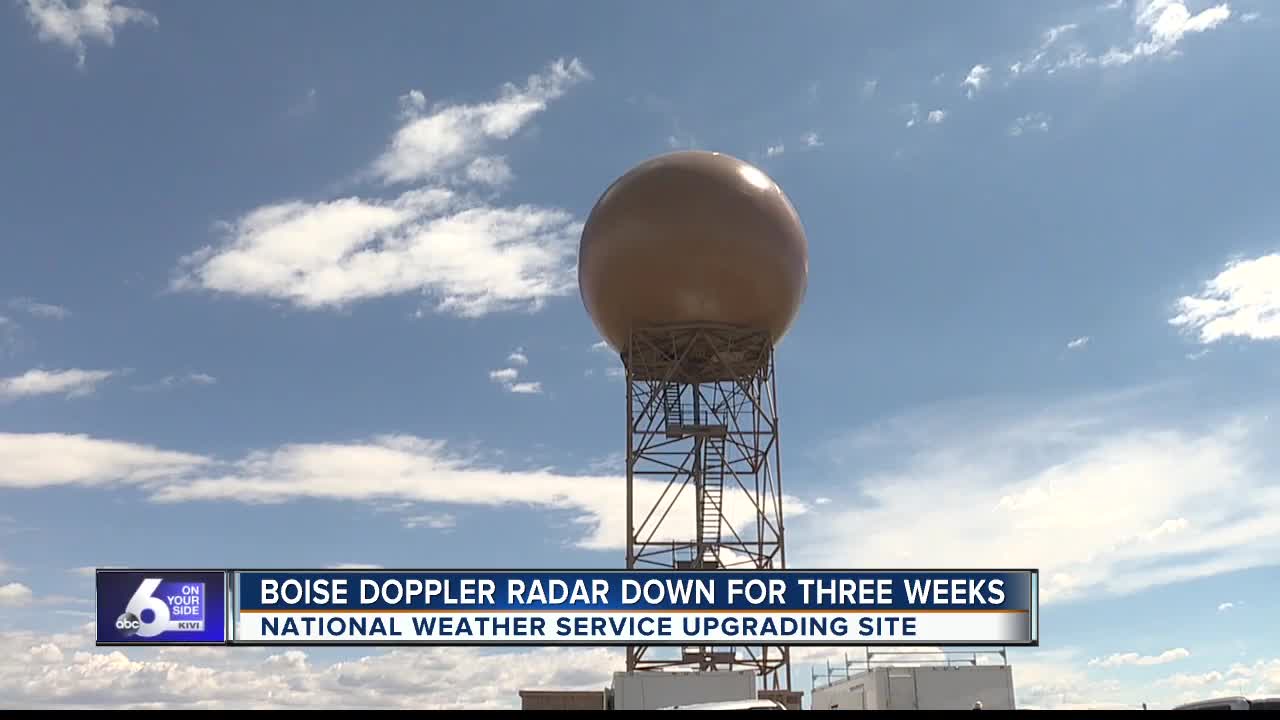 BOISE — Forecasting the weather is going to be a bit harder in the Treasure Valley, for the next few weeks at least. The National Weather Service is upgrading the Doppler radar site that sits off of Pleasant Valley Road out near the Idaho State Prison.

Come the end of this week, the big brown dome will be taken down temporarily, so technicians can refurbish and replace the pedestal inside, which is one of the most critical components of the radar. Because of that, the Doppler radar will be down for a few weeks.

What that means for forecasting over the next three weeks is, we won't be able to determine the height of clouds, therefore the severity of any storm that moves across the Treasure Valley will be a bit harder to predict.

The National Weather Service does still have a satellite in operation that will be used, however, along with the Doppler radar in Pendleton, Oregon, but exactly what is developing in a storm, like how much moisture and when rain could turn into hail will be a little more unpredictable.

"The radar spinning, it gives us resolution sometimes in seconds of what's going on out there. The satellite data, we can get one-minute data that's pretty good resolution, but we're not gonna be as fast," said Travis Mayer, Electronic Systems Analyst for the National Weather Service in Boise.

The radar and pedestal were designed to last 25 years, and the NWS says this one has exceeded it's lifespan. The upgrade is expected to keep the radar functioning for at least another 20 years.