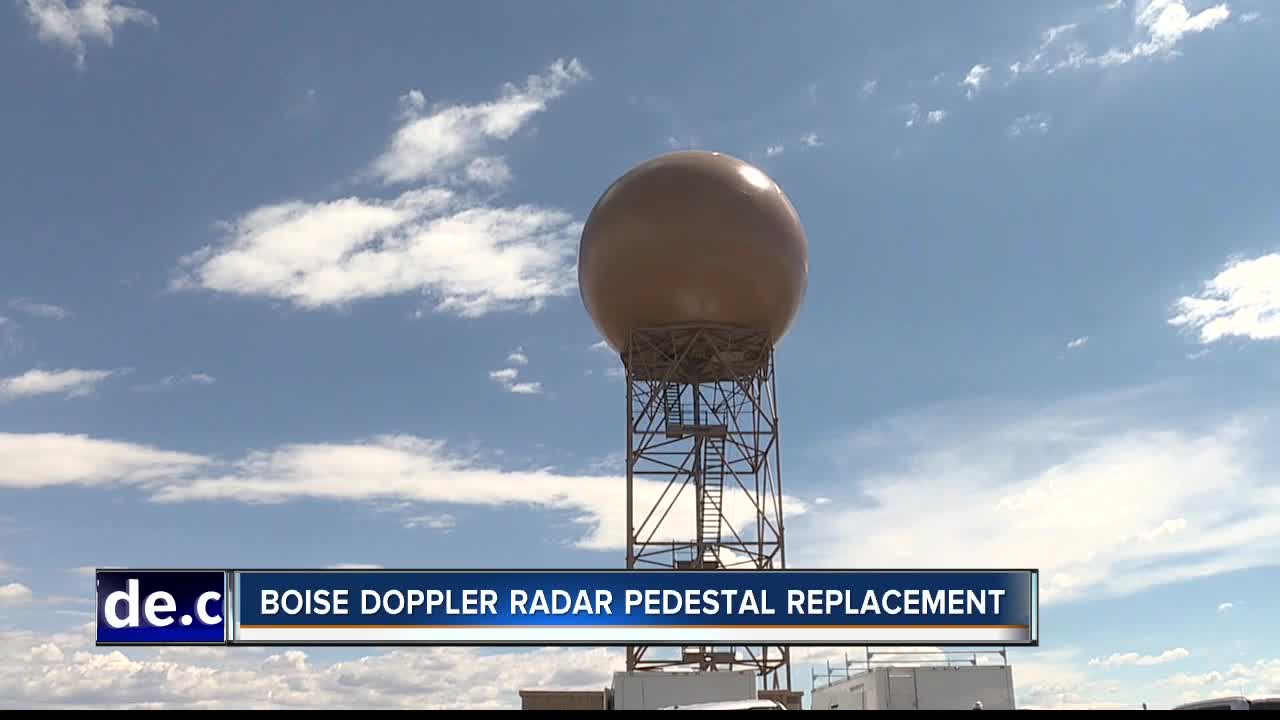 BOISE — We're on day four of forecasting the weather with no Doppler radar for the Treasure Valley. Good news though, the National Weather Service is working on it and is well under way to getting it back up and running.

Crews hired by the National Weather Service lifted the 8,000 pound dome of the pedestal Friday morning, and now they begin replacement of that pedestal.

Then work will begin to install the new pedestal at the Boise Doppler radar, an important replacement because the pedestal contains the most critical components of the Doppler radar, which is a system that helps you to know whether you'll need your umbrella and rain boots for the day or not.

"This radar was installed in 1995, and the mechanical components of it are just breaking down with time," said Travis Mayer, Electronic Systems Analyst for the Boise National Weather Service.

It withstood it's 20-year lifespan and now, it's time for an upgrade.

"The systems have been breaking down across the country, and with these new gears and motors, it'll increase the reliability of this system," said Mayer.

If it's a system being funded by your tax dollars, reliability is what we want.

It’s also used by your local weather forecasters. The Doppler radar has the ability to analyze the height of clouds, and therefore determine the severity of a storm. It can also tell us when rain might turn into hail or how much moisture will hit the ground.

Ever wonder what the WSR-88D radar looks like up close and inside the radome? Here are pictures taken during the upgrade work today! #IDwx #ORwx KCBX radar in #Boise pic.twitter.com/qfpnPnXIb1

"Through the last week we just went through we used Pocatello's radar to see some of the storms tops," said Mayer.

As well as a local National Weather Service satellite, which is a slower, much less detailed version of the forecast, but it's better than nothing for the next little while.