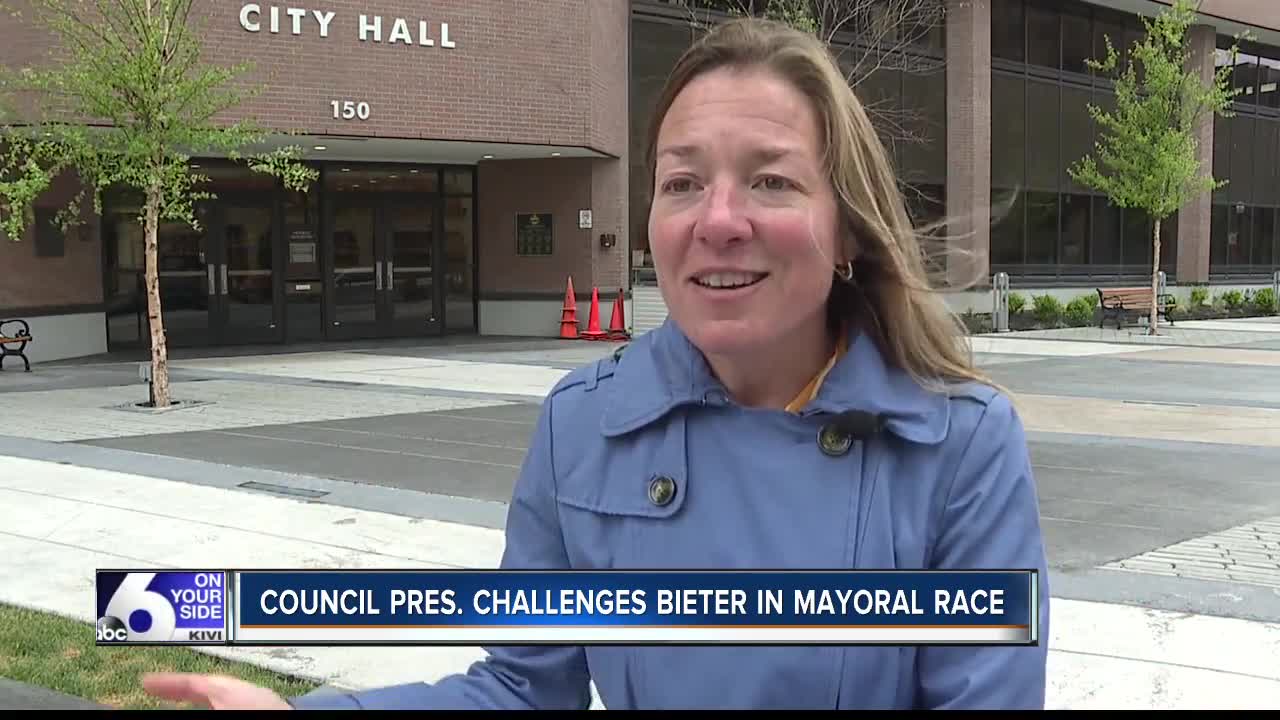 BOISE — Mayor Dave Bieter's hand picked city council member is running against him. Bieter appointed Lauren McLean to the Boise City Council eight years ago. She's served as council president for the last two and a half, and this morning she announced she will run for mayor, pledging to be more transparent and accessible than the current administration.

"I'm running for mayor because in the last six weeks especially, but even longer than that, I've had conversations with people in every corner of this community, and I'm hearing so often that they want their leaders to be more accessible, they don't understand how we're making decisions and why, and they're really concerned about where we head now," said Lauren McLean, President of the Boise City Council.

"I think that while we're closing out the work of the last 16 years, we need to pivot, to talk about our vision for the next 20," said McLean.

Mclean emphasized the need for new ideas and fresh voices in any organization, especially in her efforts to do more to tackle the affordable housing crisis, "Look at increasing the incentives for affordable housing. We need to pick up and complete a project that I brought to the city which is a land trust," said McLean.

Which involves pulling together properties that the city can put creative affordable housing on. And in response to whether the city would attempt to work with the legislature on a form of rent control for Boise, she said, "I think everything should be on the table. There have been district court decisions on some items, the legislature has set other, that we can and can't do other things, so my question is, why not,” said McLean.

And as parking decreases and traffic increases in a growing city, McLean also has plans to make transportation a more viable system.

"As soon as a bus system is more convenient to use, and people feel more comfortable with it and trust it will get them to work on time, we'll have more people off the streets," said McLean.

And a pledge from McLean, "I will pledge to put my schedule online everyday as Mayor, because people ought to know who I'm talking to."

On the other hand, in a statement from Mayor Bieter's campaign he said,

“The people of Boise deserve a dependable mayor, someone who knows Boise. They deserve a leader with a proven record of getting things done. Boise deserves someone who will ensure we’re building not just a city, but a home, for every person who calls Boise theirs. That’s why I’m in this race.

Every person in Boise deserves a city with affordable housing, a city that protects our beautiful foothills, a city that does everything to prevent homelessness and expand transportation. We’ve worked tirelessly to make these a reality for every person who calls

mayor, I’ve met with thousands of people across this city, in every neighborhood and from every walk of life. I look forward to continuing these conversations on the campaign trail as we talk to as many

people as possible, in every corner of Boise, to hear their hopes and dreams for our community. I know together, we will continue making Boise a great place to call home not only for our families, but for future generations.”

McLean isn't the first to announce her candidacy. So far the mayor and two others have filed paperwork with the Ada County Clerk, and we'll be speaking with all of the candidates over the coming weeks.

The mayoral election is on Tuesday, November 5th, 2019.