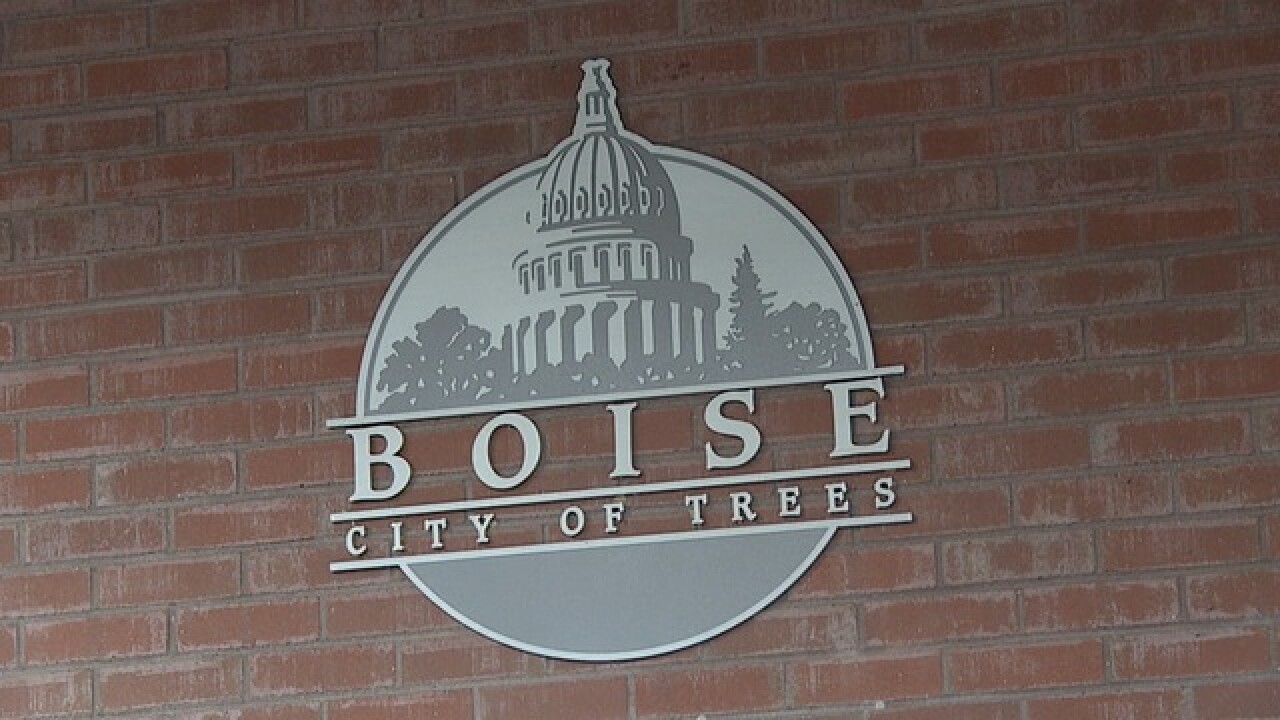 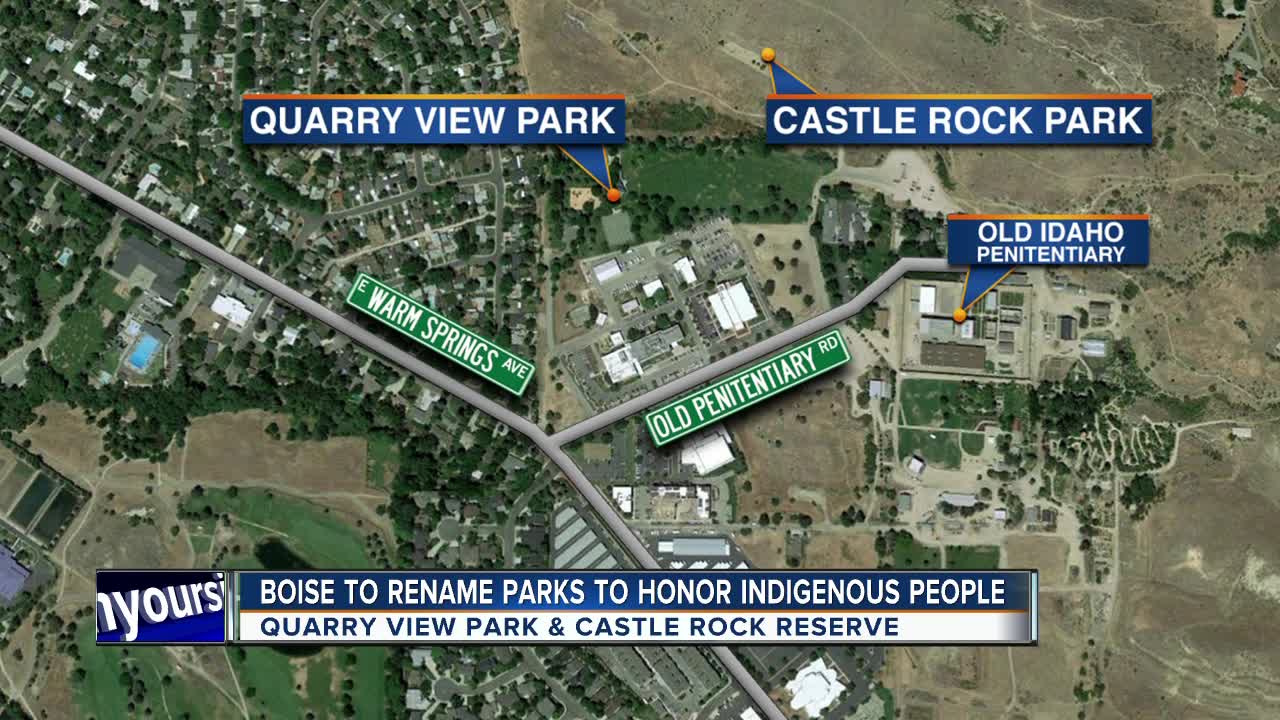 BOISE, Ida. — The Boise City Council approves two resolutions to rename a city park and a city-administered foothills reserve in honor of the region’s original inhabitants. A third resolution approved by the city council affirmed the City of Boise’s commitment to valuing the historical and contemporary importance of the Indigenous Boise Valley Tribes.

With the council’s action, the city will move ahead with renaming Quarry View Park as Eagle Rock Park in recognition of the tribe's historical name for the balancing rock above the park. Castle Rock Reserve will become Chief Eagle Eye Reserve in honor of the leader of a peaceful band of 70 Weiser Shoshone, who in 1878 refused to relocate to a reservation and instead lived quietly in the mountains of Idaho for two decades. Chief Eagle Eye died in 1896 and is buried at the top of Timber Butte, overlooking his homeland.

“There is no question that this step has been a long time coming,” said Boise Mayor David Bieter, who issued proclamations for the Return of the Boise Valley People celebration in June 2017 and 2018 and Indigenous Peoples’ Day in October 2018. “This is not a final step in acknowledging the history of the area’s indigenous people, but the latest step in building meaningful collaboration that honors and recognizes their place in who we are as a community.”

The approval of the resolutions took place during the city council’s regular weekly meeting and included stirring testimony from representatives of the Shoshone Bannock Fort Hall Tribes and the Duck Valley Shoshone Paiute Tribes. All three resolutions were approved unanimously.

The renaming celebration and dedication for the park and reserve will be Friday, June 14, at 9:30 a.m., at Eagle Rock Park on Penitentiary Road. To contribute to the success of this effort and commitment, the city council is making a $2,000 donation to the Indigenous Boise Valley Tribes.

“When explaining the renaming of Eagle Rock Park and Chief Eagle Eye Reserve to my kids, the significance came into focus,” said Councilmember Holli Woodings, who worked on the effort along with city staff from the departments of Arts and History and Parks and Recreation. “This is a small step in the direction of respecting our area’s history, its original inhabitants and its importance to so many people for so many generations. Special thanks to our local tribes and the Boise City Department of Arts & History for coming together to move this forward.”

The original Boise Valley inhabitants are of the Burns Paiute Tribe of Oregon; Confederated Tribes of Warm Springs in Oregon; the Fort McDermitt Paiute and Shoshone Tribes of Nevada; and the Shoshone-Paiute Tribes of Idaho and Nevada, along with the Shoshone-Bannock Tribe of Idaho. For the past nine years, the Return of the Boise Valley People has been hosted in this location each June to pray for their ancestors as many are buried in the surrounding hills.