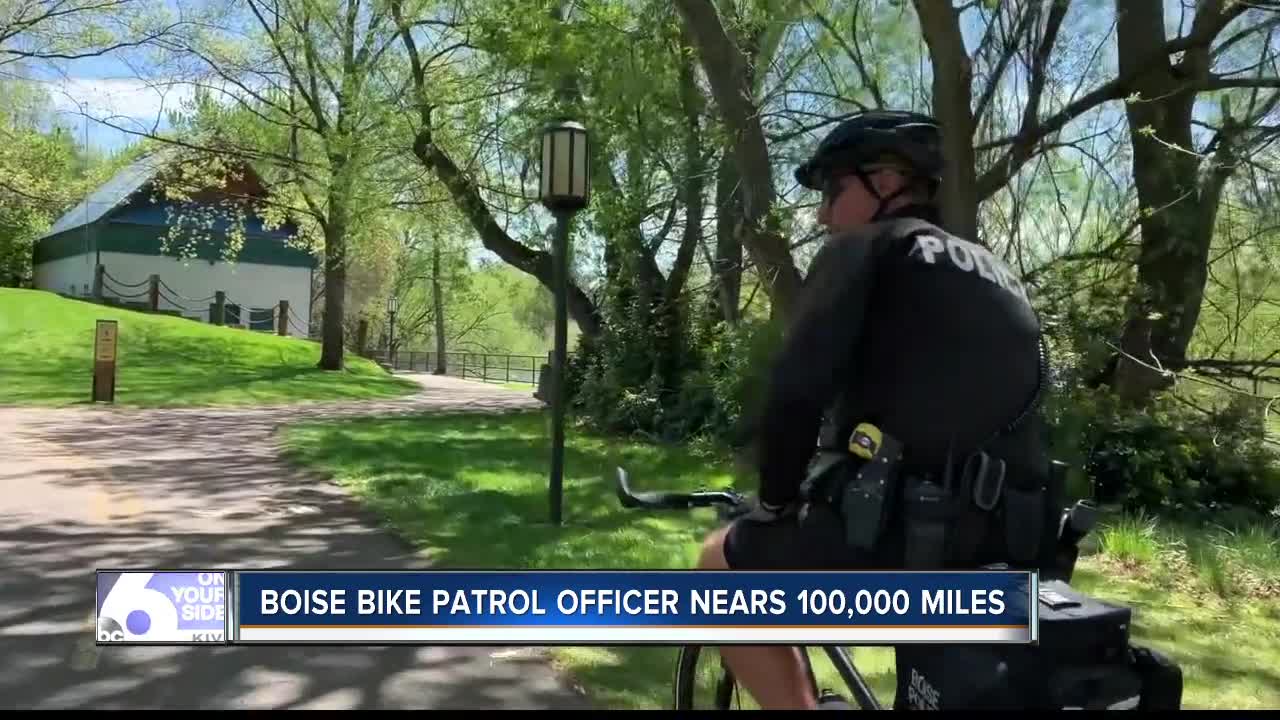 BOISE — A Boise Police Department Bike Patrol Officer who tracks every mile he has ridden on the force, is about to reach a big milestone.

Tom Shuler has been an officer for the Boise Police Department for 24 years, "I've been on the bike, coming up on twenty years straight. My first day was I think September 9th of 1999," said Shuler. And counting days on the bike patrol unit isn't the only number he's keeping track of. He has tallied every single mile pedaled, since the day he strapped on the helmet and hit the road.

With no real goal in mind, Officer Shuler is hot on the heels of a big 100,000 milestone which he said is about 14 more days of work.

So you do the math, that's around 40 miles a day on the job. He's putting his pedal to the metal, but that's not even really out of the ordinary for Officer Shuler, he said, "Maybe it's just a challenge to myself to keep me honest in terms of getting out and putting miles in."

He patrols parks, the Greenbelt, Downtown Boise, and he makes friends all along the way.

"There are so many folks that will tell me you know, 'hey, my son's birthday's tomorrow' or 'I just got a job' you know, I don't know if we're a friend or a role model or a somebody, but a somebody that they maybe haven't ever had in their life," said Shuler.

He's your regular police officer, of course on two wheels instead of four, but he makes up a force of seven officers and a sergeant on the Bike Patrol. "I help out as in directions or help out as in hey I have a question, or help out as, anyone having a rough day and maybe need some help, can you offer some resources,” said Shuler.

Officer Shuler said he wouldn't trade those two wheels for a car even during the worst weather.

Once he hits 100,000 miles, Officer Shuler said he'll just keep riding, no new goal in mind, but patrolling the city up until he retires in the next two or so years.