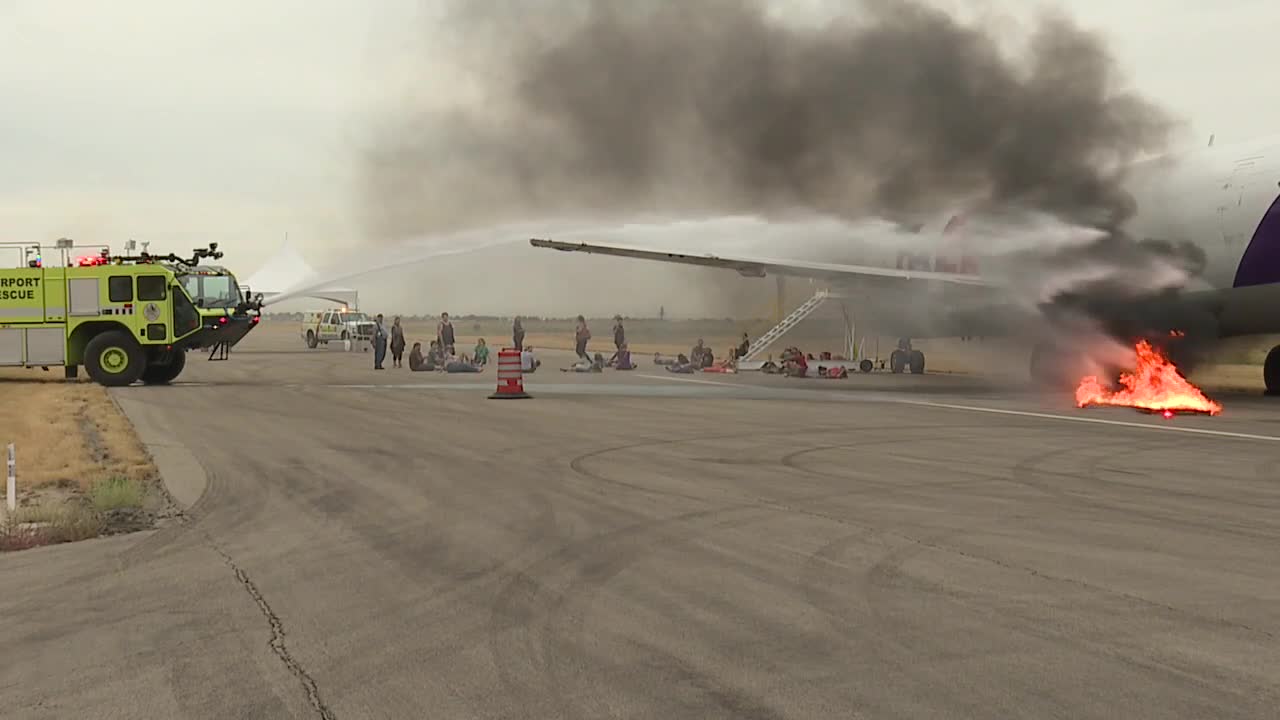 BOISE — Every three years the Federal Aviation Administration requires the Boise Airport to hold a disaster training exercise, but Airport officials tell us the training is much more important than a mandatory training drill because it involves Treasure Valley first responders.

In the scenario an airplane flying to Boise had a malfunction that prevented the landing gear to come down, the plane crashed and it was up to first responders and airport personnel to respond to a mass casualty training scenario.

"We assess our preparedness for an incident such as this and we can make changes to the plan if need by," said Sean Briggs of the Boise Airport. "We try to make the training as realistic as possible."

The training also included 60 volunteers who had their faces painted red to simulate injuries and they also had other makeup applied to resemble real injuries.

Along with Airport personnel the Ada County Paramedics, Boise Fire Department and Boise Police Department participated in the training.