BLM plans for 11,000 miles of fuel breaks in six western states –- including Idaho 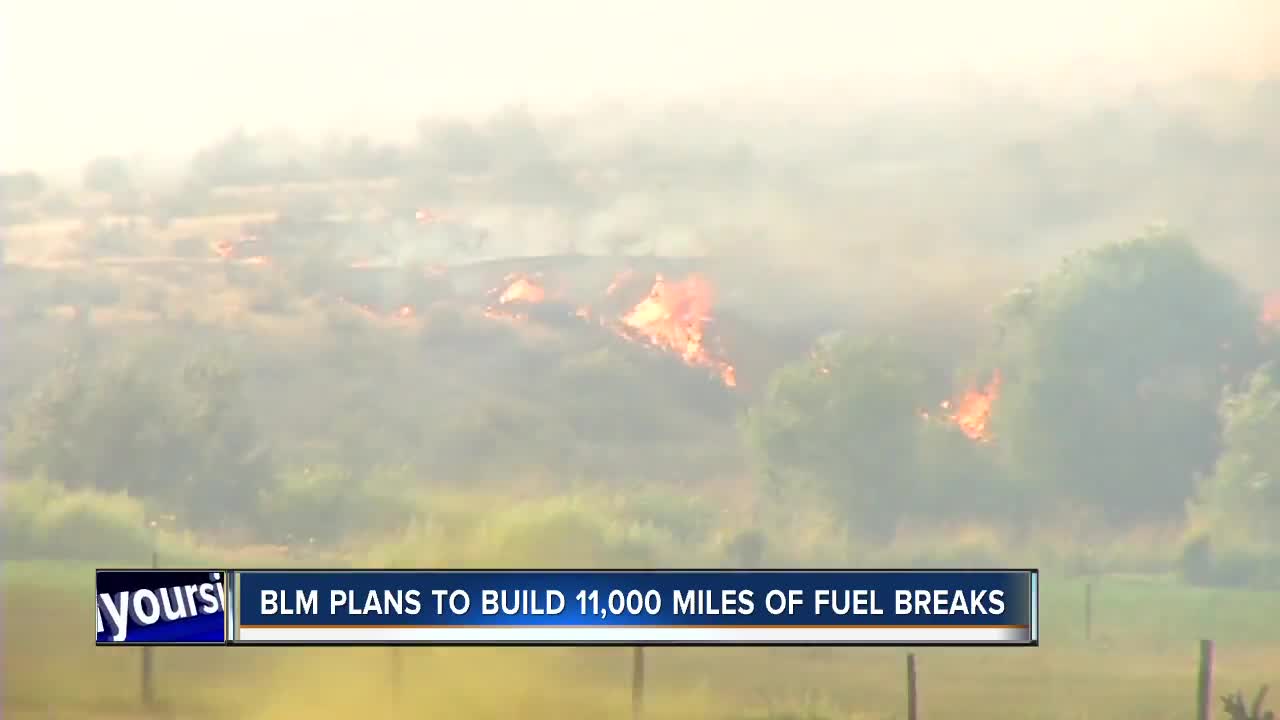 The Bureau of Land Management Friday released the final Environmental Impact Statement to construct fire breaks (or fuel breaks) in six states in the Great Basin.

It provides for the construction and maintenance of up to 11,000 miles of what BLM officials describe as “strategically-placed fuel breaks” to control wildfires within a 223 million-acre area that includes portions of Idaho, Oregon, Washington, California, Nevada and Utah.

The plan outlines an array of manual, chemical and mechanical treatments -- including prescribed fire, seeding, and targeted grazing -- to construct and maintain the fuel breaks. The treatments would be implemented along roads and rights-of-way on BLM-administered lands.

“Recovering from the devastating effects of wildlfires can take decades in the rugged, high-desert climate of the Great Basin. These tools will help firefighters contain fires when they break out,” said Acting Assistant Secretary of the Interior for Land and Minerals Management Casey Hammond. “That’s why creating fuel breaks is incredibly important to the entire basin, the people who live in these communities, and our wildland firefighters.”

“Wildfires pose an enormous threat to rangelands in the Great Basin, rangelands that people depend on for both recreational opportunities and their livelihoods, and that wildlife rely on for habitat,” said BLM Deputy Director for Policy and Programs William Perry Pendley. “Fuel breaks are one of the most important tools we have to give wildland firefighters a chance to safely and effectively contain rapidly moving wildfires and potentially reduce wildfire size.”

Officials say wildfires in sagebrush communities in the Great Basin states are becoming more frequent and larger, fueled by large, unbroken swaths of grasses, brush and other vegetation. Over 13.5 million acres of historically sagebrush communities on BLM land burned within the project area between 2009 and 2018. Wildfires that consume sagebrush provide the opportunity for invasive annual grasses to increase, making future large and severe wildfires more likely.

The concept behind fuel breaks is to break up -- or fragment --continuous fuels by reducing vegetation in key locations. When a wildfire burns into a fuel break, the flame lengths decrease and its progress slows, making it safer and easier for firefighters to control.

“All of wildland firefighting is centered around constructing fuel breaks,” said BLM Idaho State Director John Ruhs. “Every time we construct a fireline around a wildfire using hand tools on the ground, every time we drop fire retardant, and every time we herd a wildfire into a previously burned area, we are using fuel breaks. Through this (plan), we’ll be able to proactively construct fuel breaks where we know we will need them, instead of creating them reactively in responding to wildfires.”