BLM Firefighters train with chainsaws ahead of fire season 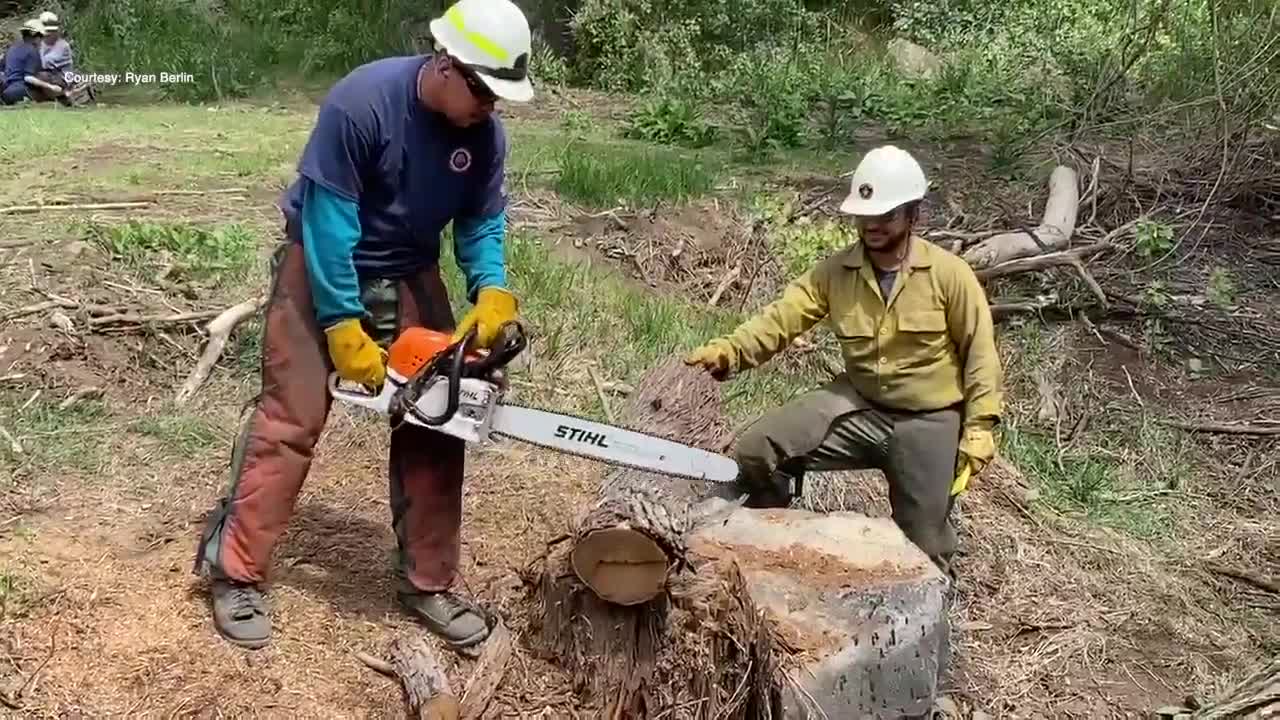 Thanks to a unique partnership with Twin Falls Parks and Rec and the Rock Creek Initiative, the firefighters have a change to sharpen up their chainsaw skills in a real world environment much closer to home this year.

TWIN FALLS, Idaho — When you think of firefighters, chainsaws aren't usually the tool that comes to mind--but Twin Falls BLM firefighters say they do a lot of work behind the scenes. That's why each year, firefighters get to work learning how to handle them safely.

"The S2-12 is in my opinion one of the most important classes we teach," said Chase Peterson, the lead instructor of the S2-12 class, also known as the Wildland Fire Chainsaw Class. "Without the essential tool, our chainsaw, we would be very hindered in how we fight fire."

The chainsaw provides access to fires, clears roads and other hazards, but one of its most important jobs is clearing debris.

"The big one is being able to clear the fuel loading for the hand crews to be able to put in fire line," Peterson said.

It's a physically demanding job--one that can be dangerous if it's not done properly.

"It's muscles you've never used before. Your body's tired, your forearms are tired from holding the saw, and you kind of get a little worn out. That's when you have to say 'hey I'm tired' because that's when accidents happen," said second year firefighter Austin Bedke.

When the firefighters get the call to go out to the field, there's a lot of gear they need to make sure they're ready--and all that gear is heavy.They have to wear their "yellows and greens" which are heat and flame resistant clothing pieces, and chaps to help protect their legs when they operate a chainsaw. They also have to have their line pack, which holds all of their food, water, and tools, plus a chainsaw, gas and oil for the chainsaw, and a hard hat.

Bedke says he remembers feeling nervous when he was called to his first fire--something he says he feels each time he goes out--but says fighting fires is something he enjoys doing in the summertime.

"When you get the fire call your adrenaline spikes through the roof and you're getting all your stuff and throwing it in the truck to get out as fast as you can," Bedke recalled with a smile.

There's a lot to focus on out in the field, and Peterson says this training is meant to prepare the firefighters for that.

"You're not only running a chainsaw but you're on an actively burning fire. There are all these other outside components that affect how you safely can run a chainsaw," Peterson said.

Thanks to a unique partnership with Twin Falls Parks and Rec and the Rock Creek Initiative, the firefighters have a change to sharpen up their chainsaw skills in a real world environment much closer to home this year.

Firefighters are doing training drills in the Rock Creek Drainage system to help clear out debris from the recreational trail system there.

"We're able to have a place that's close to be able to drive to and train, and put on this field training. Not only do they learn in the classroom, but we need to go out and put out a hands-on experience of actually running a saw, falling trees, bucking, climbing, brushing and all that stuff," Peterson said.

Peterson says the training is tough, but at the end of the day, the challenges are worth it.

"The coolest thing for me is being able to see the students who are really excited about running a chainsaw and wanting to learn, and me being able to have the opportunity to be able to give back and teach them what I've learned," Peterson said.