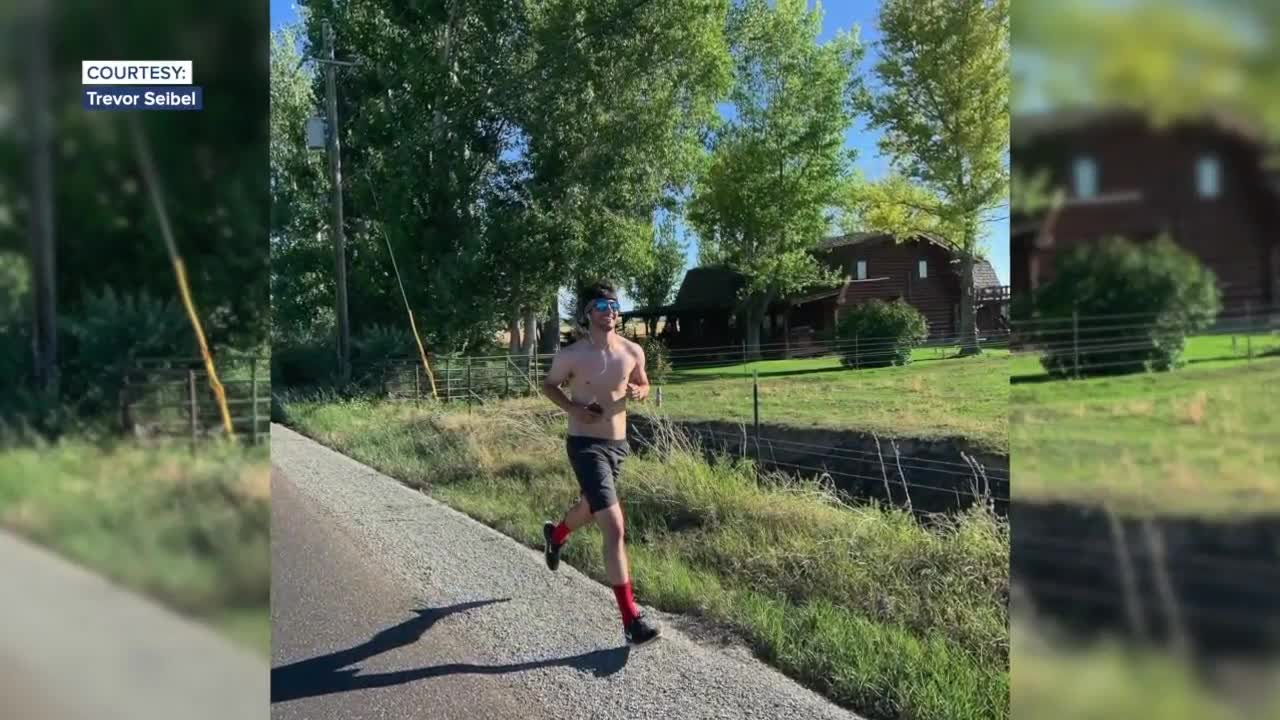 A local BLM firefighter is working to raise money and awareness for the hardships wildland firefighters face, and he's doing it in a unique way: by running his first-ever ultra marathon.

TWIN FALLS, Idaho — A local BLM firefighter is working to raise money and awareness for the hardships wildland firefighters face, and he's doing it in a unique way: by running his first-ever ultra marathon.

For Trevor Seibel, fighting fire is a new passion--but he'll be the first to tell you it isn't easy.

"This was my rookie season, so it was my first time ever fighting fires. The start of it was a very difficult time. Some stuff happened in my life that put me in a really tough mental state," Seibel said.

He says thanks to the support of his firefighter family, he was able to make it through.

"They get behind you. They back you up. You play little fire games to keep you sane. It's just like the little things that we do for each other is really inspiring to me," Seibel said.

Now that his first season is over, he's working to raise awareness and money to help his firefighter family with the hardships they face.

"A lot of people don't understand how big of a sacrifice these people make. I got to experience that firsthand this season. It's a really grueling job," Seibel said. "You're working late nights, you're in miserable heat. You're always hot, you're always cold. You're always away from our families. After a while, it plays a big mental toll."

Trevor's run will start at 8:00 Thursday morning at the Visitor's Center in Twin Falls. From there, he'll be running all the way to the Wildland Firefighters Foundation in Boise! His route will take him about 144 miles.

He says it won't be easy, but when he gets tired, he'll remember his reason for doing this.

"To give back to something that's almost saved my life in some aspects is something I have the honor to do and I'm excited to do it," Seibel said. "I'm trying to use this as an inspiration to others in a deep and dark spot in their life that it can turn around. Life moves on. The darkest times and the darkest storms have the brightest results."

If you'd like to support Trevor's run, you can donate to his cause here. You can also see him off Thursday morning--or run, walk, and bike beside him! You can also meet him at the finish line in Boise.