Bicycle bars: Regulate us, Boise. Mayor: Why did you fail to regulate yourselves? 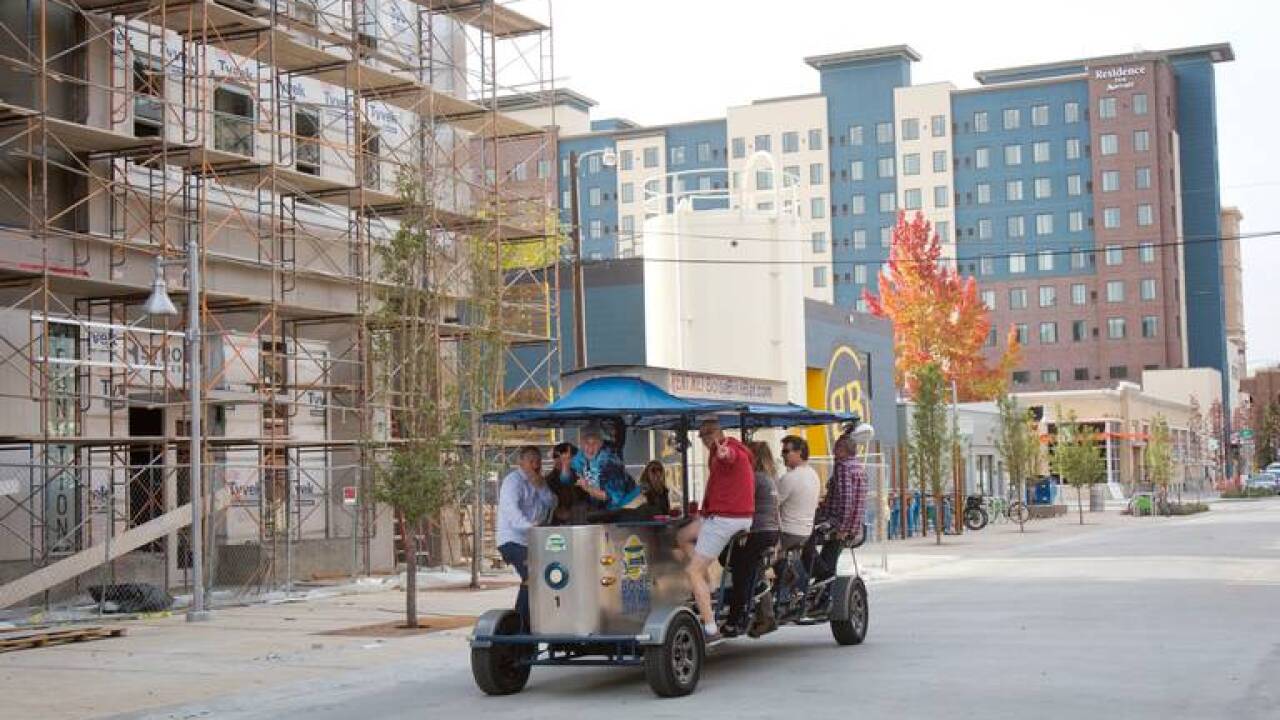 This article was originally published in the Idaho Statesman by Hayley Harding.

In August, some Boise City Council members were ready to do away with bike bars entirely.

The mostly human-powered trolleys hold up traffic, can be very loud and can lead to what one official called “drunk and disorderly conduct.”

But before making any final decisions on what to do about the bike bars, Council Member Holli Woodings wanted to bring in a few of their operators.

“I think just as good practice, we should always involve the folks that will be impacted by ordinance changes while we’re developing those changes,” she said.

So owners of local bike bars including Boise Buzz Bike and Pedals and Pints (as well as their lawyers) came to a council work session Tuesday and proposed potential limitations on the bike bars that would allow them to keep operating almost as normal.

Their proposals included a limit on hours, including no rides during prime downtown rush hour and ending tours before it gets too late. They offered limits on the number and size of drinks riders can bring onto the bars. They suggested avoiding residential areas and capping the maximum sound level on the bars.

Mayor Lauren McLean wasn’t impressed. She chided the bar owners for failing to resolve complaints themselves.

“Why is it taking us to get into your business about the size of can, how many cans, all that, if there have been impacts that our city staff and clerk’s office have come to you about before?” she said. “I’m curious why bike bars haven’t addressed this stuff in their own operating plans prior to having us have to deal with the impacts that are really real to this system.”

Bicycle bars have been in Boise since 2012. At first, they were used just to transport people on pub crawls, but in 2013, the council changed city code to allow alcohol on the bike bars themselves.

That made way for what bike bars often are today: a way to propel groups around downtown Boise while drinking beer or wine.

Patrons must bring their own alcohol on the rides. The trolleys have motors to help them get started but are mostly powered by riders pedaling. The bike bars are slow as a result, which can be frustrating to motorists trying to maneuver around them or to patio diners who have to wait for them to pass.

Staff members of the city clerk’s office recommended this summer that the council modify the ordinance to make them less disruptive.

“What staff has told us is we need to revise this industry in significant ways, because these ordinances aren’t working, and then your presentation is a list of more detailed, more nuanced rules for people to follow,” Council Member Patrick Bageant said. “The thematic issue here is that we haven’t had good success following the rules we have. So I guess the question is: How is more rules the solution?”

Bageant said in August that he would be willing to remove bike bars because of their disruption.

Owners argued that their proposed restrictions would help keep their businesses afloat. It would also be easier for the owners to enforce a city rule than a company policy, because it gives “a bit more power” to the requirements, lawyer Anthony Shallattold the council.

“I think it’s important to try to find some sort of half-gap measure without eliminating an entire industry,” Shallat said. “The council always has the ability to go back and impose stricter regulations, but everything we presented ... these are suggestions to meet halfway and address real concerns.”

Woodings is working with the city clerk’s staff to write new regulations. It is not clear when those regulations may come before the council.