Bees are dying in Idaho. Here's what you can do

A declining bee population means it's more crucial than ever to ensure their survival.
Posted: 5:12 PM, May 07, 2019 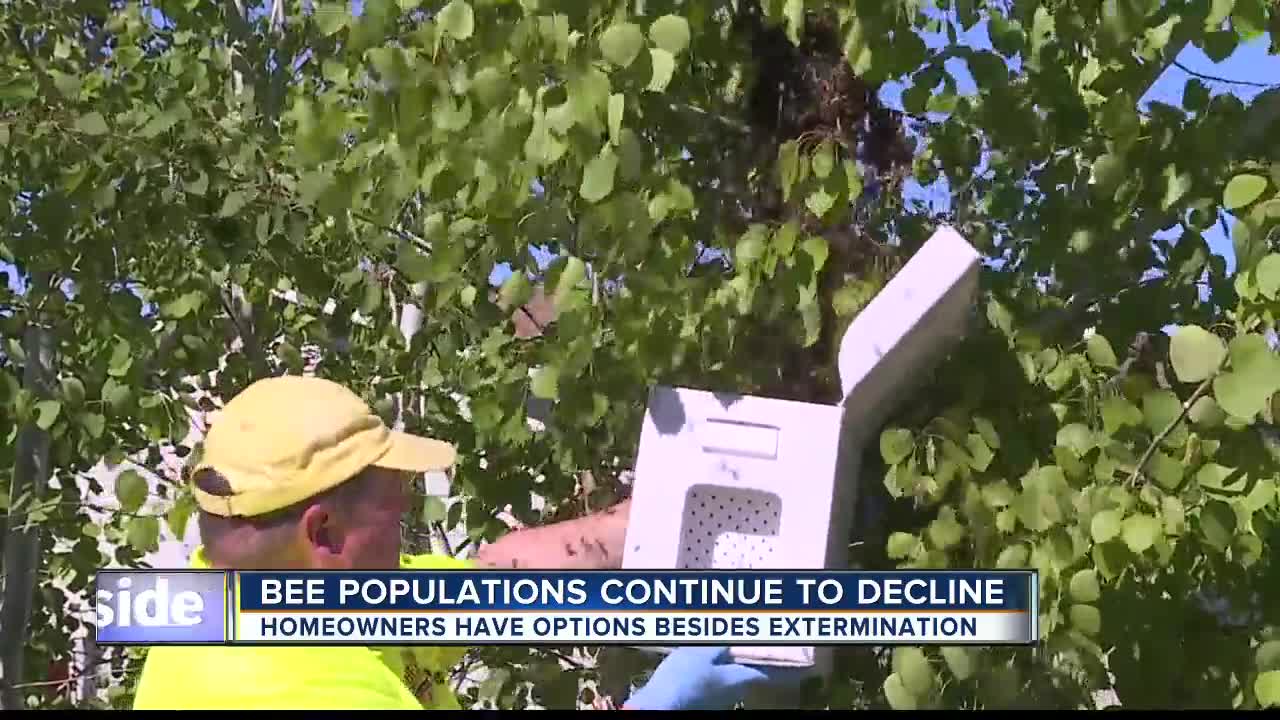 This time of year honey bees will often create temporary homes, or "swarms," in your trees or under outdoor rooftops. And while your first instinct when you see a swarm might be to call an exterminator, you might want to rethink that decision. 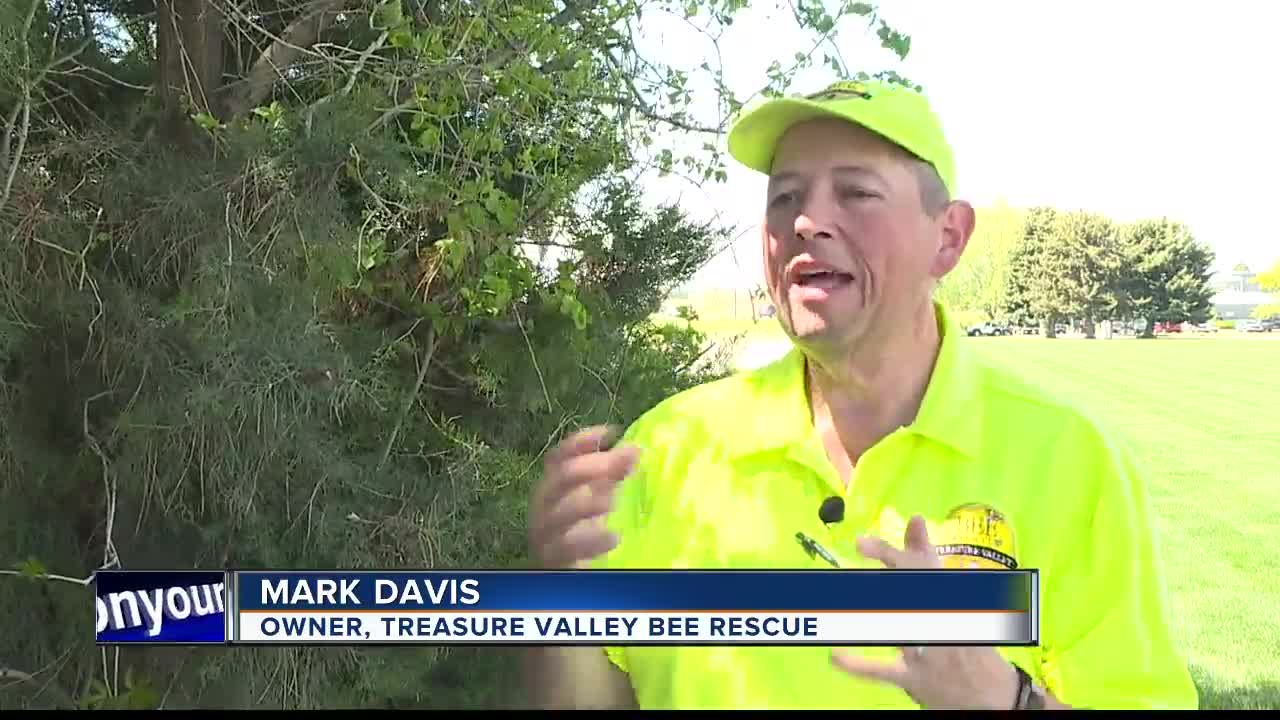 TREASURE VALLEY, Idaho — The sun is shining and the flowers are blooming, so naturally, Idaho's bee population is hard at work pollinating and making honey. But with a declining population, one expert says it's more important than ever to help ensure bees' survival.

This time of year honey bees will often create temporary homes, or "swarms," in your trees or under outdoor rooftops. And while your first instinct when you see a swarm might be to call an exterminator, you might want to rethink that decision.

One Boise beekeeper, Mark Davis, Owner, Treasure Valley Bee Rescue, said in 2008, the US lost three-quarters of our honeybee population, and since then, he said we've lost two to four percent of the population per year.

"When they see a carbon dioxide trail, they're following it thinking it's a flower.... off of your breath," said Davis.

If a sense of panic is something you can relate to, you're not alone. But this bee expert says honey bees are simply not out to hurt you.

"Well a bee knows it'll die when it stings you, so that's the last thing it wants to do," said Davis.

Actually, when it comes to bees, Davis says the real fear is that we could lose them altogether-- a prospect that poses a grim threat to humans.

"We're poisoning our pollenators which pollenate one out of every three bites of food that we eat," said Davis.

Davis wants you to know-- please-- If you see a swarm in your tree or elsewhere, do not exterminate them.

"Call us at Treasure Valley Bee Rescue, and we'll go out, we'll catch a colony, we'll put them in a hive, so, we give them a home," said Davis.

And he'll do it free of charge. Why?

Idaho's seen its bee population decline in recent years. And nationally-- too.

According to the Bee Informed Partnership as reported by the New York Times, just two years ago, beekeepers in the us lost an estimated 40 percent of their honeybee colonies.

This-- he says can be attributed to a variety of causes like GMO crops, harmful mites, but perhaps most easily preventable: folks exterminating swarms and using chemicals on their lawns.

"Round up is one of the worst things you could ever use," said Davis.

He said it gets into the water supply causing any plant in that area to have the toxic chemical in its nectar-- sickening the bees as they pollenate.

"That's the first thing that blossoms-- the dandelion. So that's their first food," said Davis.

So next time you see one buzzing? "Bee" cool. They're just trying to help our ecosystem thrive!

The good news is: because of the wet winter Idaho experienced this year, the bees that survived should grow strong and flourish this spring.