BBB partnering with local, state officials to crack down on fake check scams 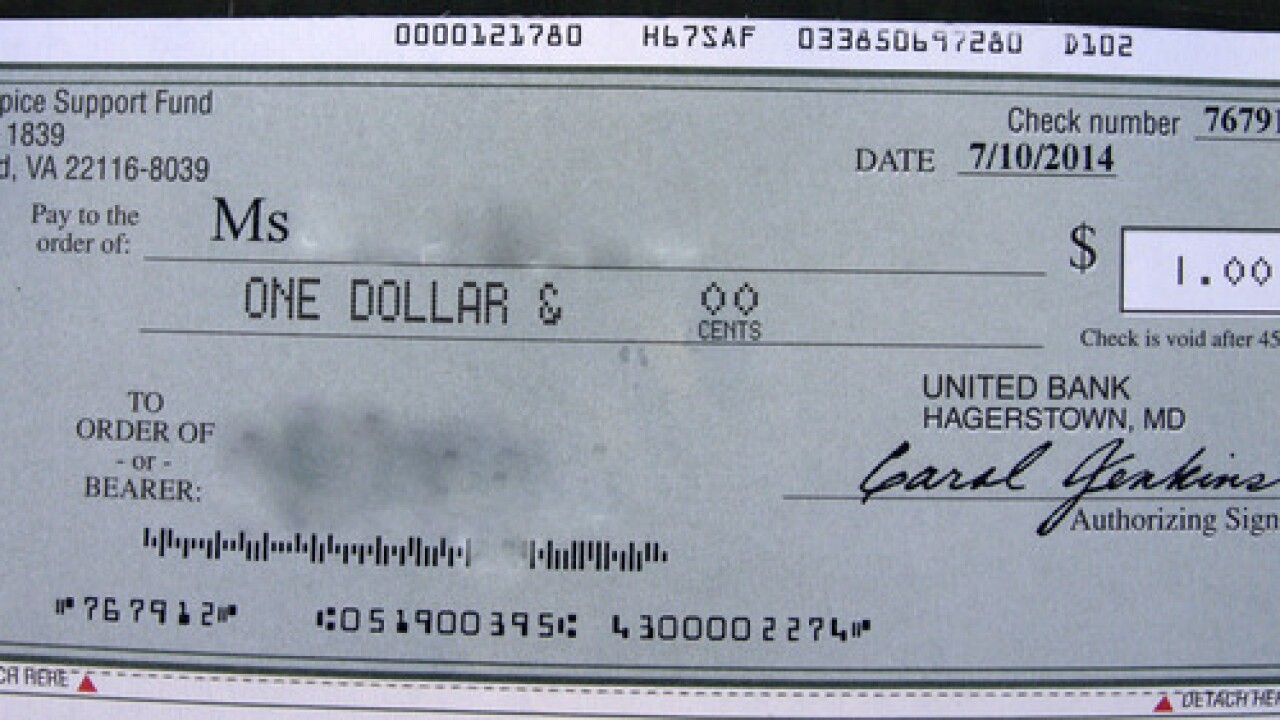 The Better Business Bureau is teaming up with the Boise Police Department and Idaho Attorney General Lawrence Wasden to alert residents of fake checks scams –- scams that are growing nationally at an alarming rate.

A recent, in-depth study by BBB finds that, while consumers may write fewer checks in this era of electronic financial transactions, fake check scams are on the rise -- with complaints to regulatory agencies and consumer watchdog groups doubling over the last three years.

“Fake checks are used in a variety of frauds, from employment scams to prize and sweepstakes fraud,” said BBB spokesperson Veronica Craker. “In all cases, victims deposit the check (unaware that it’s a fraud) and send money back to the scammers.”

1.Crediting a bank account does not mean the cashed check is valid.

“Federal banking rules require that when someone deposits a check into an account, the bank must make the funds available right away –- usually, within a day or two. “Even when a check is credited to an account, it does not mean the check is good. A week or so later, if the check bounces, the bank will want the money back. Consumers, not those perpetrating the fraud, will then be on the hook for the funds,” Craker said.

2.Cashier’s checks and postal money orders can be forged.

“Unfortunately, these scammers are very good at making fake checks look real,” Wasden said. “I encourage Idahoans to learn about and understand these scams, and to take steps to protect themselves.”

Fake checks were involved in 7 percent of all complaints filed with BBB’s Scam Tracker. The number of complaints received by the Federal Trade Commission’s Consumer Sentinel database and the Internet Fraud Complaint Center more than doubled between 2014 and 2017.

“Based on complaint data trends, the study suggests that there were over 500,000 victims of counterfeit checks in 2017,” said Craker.

The study found the fraud affects victims of all ages and income levels, but consumers between 20-29 reported being victimized by the scam more than consumers of any other age range.

The National Consumers League, which also receives complaints from fraud victims at fraud.org, found that fake checks complaints in 2017 were up 12 percent -- and was the second most common type of complaint over all, after on-line order issues.

Nigerian gangs appear to be behind most of this fraud, officials say, often using romance fraud victims and other “money mules” to receive money from victims. Many fake checks and money orders are shipped to the U.S. from Nigeria.

•With wide-scale use of money mules and others to assist in frauds, it would be useful for law enforcement agencies to work collaboratively to both identify these individuals and to take action to ensure that they end these activities.
•Investigative agencies may need more resources to effectively prosecute fake checks and other widespread frauds.
•Continued law enforcement coordination and training with enforcement counterparts in Nigeria and elsewhere should remain important and should be strengthened.
•Banks and financial institutions might consider more collective efforts to educate their customers about fake check frauds.

But what can you do if you’ve deposited a fake check into your account?

Here are two tips from the BBB:

•Notify your bank or the bank that appears to have issued the check.
•And file a complaint with:
--Your local Better Business Bureau [bbb.org]
--The Federal Trade Commission (FTC [ftccomplaintassistant.gov]), or call 877-FTC-Help
--The Internet Crime Complaint Center [ic3.gov], or IC3
--The U.S. Postal Inspection Service [postalinspectors.uspis.gov]
--The Western Union, 1-800-448-1492 https://www.westernunion.com/us/en/file-complaint.html [westernunion.com]
--MoneyGram, 1-800-926-9400 http://global.moneygram.com/nl/en/how-to-report-a-problem [global.moneygram.com]
--Green Dot [greendot.com], 1-866-795-7597
--or the Canadian Anti-Fraud Centre [antifraudcentre-centreantifraude.ca], toll-free from US at 1-888-495-8501

Victims who are seniors or other vulnerable adults may also be able to obtain help through Adult Protective Services, which has offices in every state and many counties. You can ind a local office at www.elderjustice.gov.