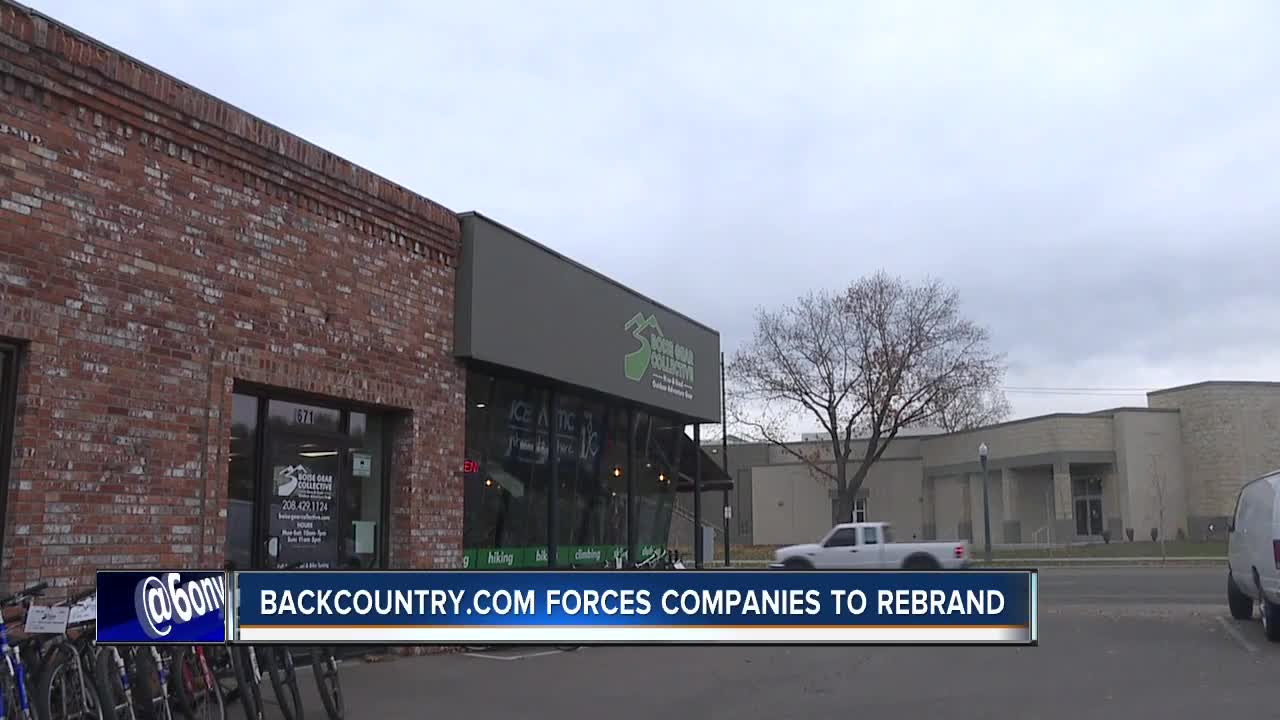 BOISE, Idaho — The world of backcountry sports is rallying around dozens of small outdoor retailers after a large Utah-based company threatened lawsuits for trademark infringement. One of those retailers is right here in the Treasure Valley.

Boise Gear Collective, formerly known as Backcountry Pursuit, is one of those small, locally owned businesses that was forced to rebrand after Utah-based company Backcountry.com claimed trademark infringement. Now they say Backcountry.com is apologizing.

“It was an example of a really large company using its power and money to silence those that couldn’t afford to defend themselves,” said Tyson Stellrecht, Owner of Boise Gear Collective.

Just a couple of years ago, while Tyson was in the process of filing for a trademark on his business name "Backcountry Pursuit", Backcountry.com filed an opposition to his trademark.

“The outcome of that was I was basically forced to rebrand,” said Stellrecht.

He was forced to rebrand for using the word “backcountry” in his business name.

“Backcountry’s a term much like mountain, water, river, it’s just something that the people in the outdoors community don’t feel like can be trademarked,” said Stellrecht.

But Backcountry.com does have a trademark on the word “backcountry”, and that was the legal ground they stood on when they went after dozens of companies, whether outdoor retailers or not, about a year ago for using “backcountry” in their title.

“It’s 40 to 50 companies that they have forced to rebrand, sent a cease and desist letter,” said Stellrecht.

Backcountry.com ultimately forced dozens of companies to put in a lot of hours to redo advertisements, rewrite company manuals, and enter new contracts with consigners, all at their expense.

“As far as cash outlay there was certainly a number of things, but, you know, my bill for this runs in the tens of thousands of dollars,” said Stellrecht.

But now, Tyson said he believes Backcountry.com is realizing it made a big mistake in its legal actions. A Facebook group by the name of Boycott BackcountryDOTcom quickly generated a big following.

“The Facebook group grabbed 21,000 members in the matter of days,” said Stellrecht.

The Colorado Sun even reported the company fired its attorneys .

And while Tyson understands the reasoning for trademarks, he and the other small businesses affected believe Backcountry.com was too broad in their trademark.

“Every company needs to be able to trademark their own intellectual property, but this is a case where they went too far,” said Stellrecht.

Tyson said he is awaiting a call from the CEO of Backcountry.com and he hopes to get an apology from him in the next few days.

We reached out to Backcountry.com and they have not responded.