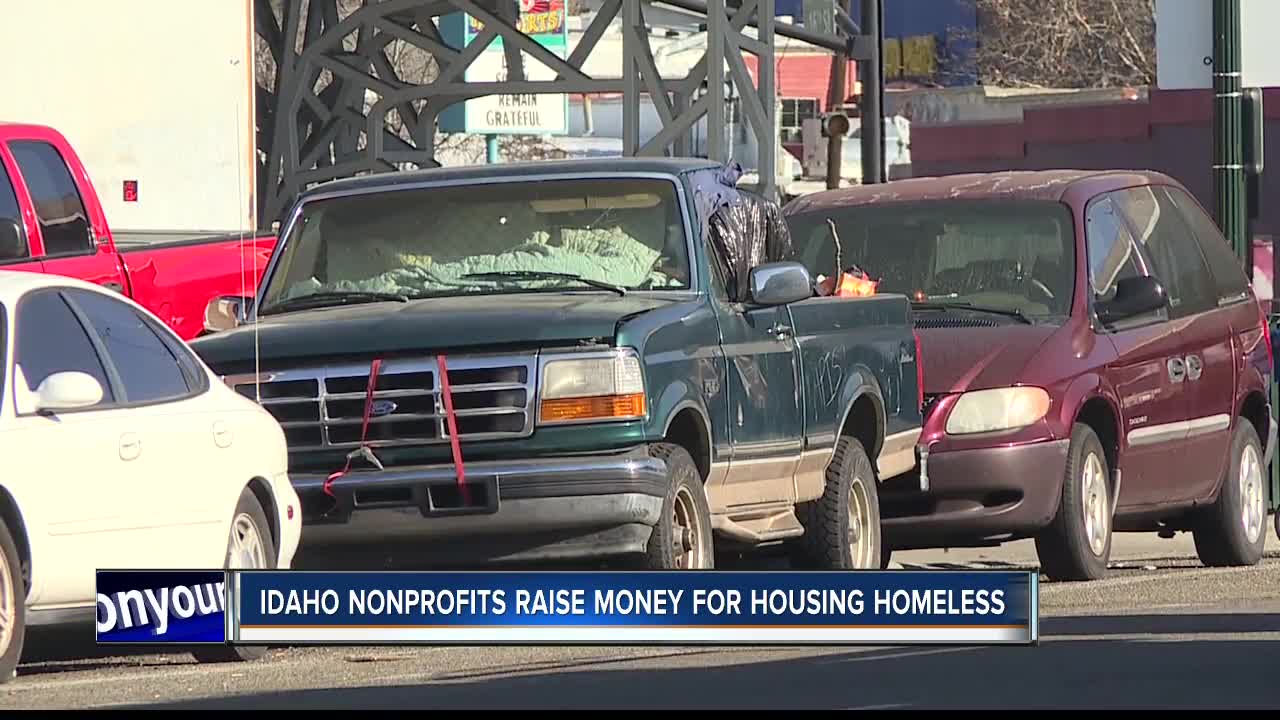 BOISE — Boise's population continues to rise, and with that comes a shortage of housing and generally, a larger homeless population. To help combat that, every year since 2011, the Idaho Housing and Financial Association holds a fundraiser to help, what is now over 51 nonprofits statewide; money going to support the programs and services that help keep the homeless off the streets.

"You know, a lot of people get here not because they want to, there was illness or shortage of work," said Leo Suazo, an Idaho resident who was formerly homeless.

It’s not only a shortage of work but also jobs that don't pay the bills, something that left Leo on the street for years.

"I'd be in a park or someplace I could stash myself, and that's in the summer. Oh in the winter, its still dangerous," said Leo.

Leo is no longer homeless, but thousands of Idahoans are still taking his place on the streets, and nonprofits are lining up to try and help that population.

"We were able to raise $875,000 throughout the state for 51 participating non-profits, and that was an increase of over 20% from last year," said Brady Ellis, Vice President of Housing Support Programs.

That money was raised through the Avenues for Hope Housing Challenge; an online campaign fueled by the power of social media and collaboration.

It’s money that goes to enhance resources for housing nonprofits in the Gem State.

"We know that there is a significant amount of need among, what we would consider a vulnerable population. Folks who maybe have limited income, maybe there's a certain disability, so housing we believe is like the foundation for it all," said Bart Cochran, Founder of LEAP Charities.

It’s a $700,000 fund that went to help over half of the documented homeless people in Idaho in 2018, and with a bigger payout this year, the nonprofits have plans to help even more.

"We know at minimum, there's over 5,500 individuals that are documented as homeless. We have projections that say it's actually a much larger issue,” said Ellis.

And while cities across the nation are seeing a steep increase in homelessness, the Idaho Housing and Financial Association says local numbers are remaining somewhat level, even despite a lack of housing in Idaho.

"The Boise I know is very charitable. If you go hungry in Boise, it's your fault," said Leo.

That charity is something that got Leo through even the toughest times years ago when he was on the street.

"I kept the faith you know, tomorrow will be different," said Leo.

With a hope to raise a million dollars next year, the Idaho Housing and Financial Association will be looking for sponsors later in 2019 to participate in the campaign, raising money that will go into a prize and match pool as leverage to draw in private and local donations.

For more information on the Avenues for Hope program, click here.