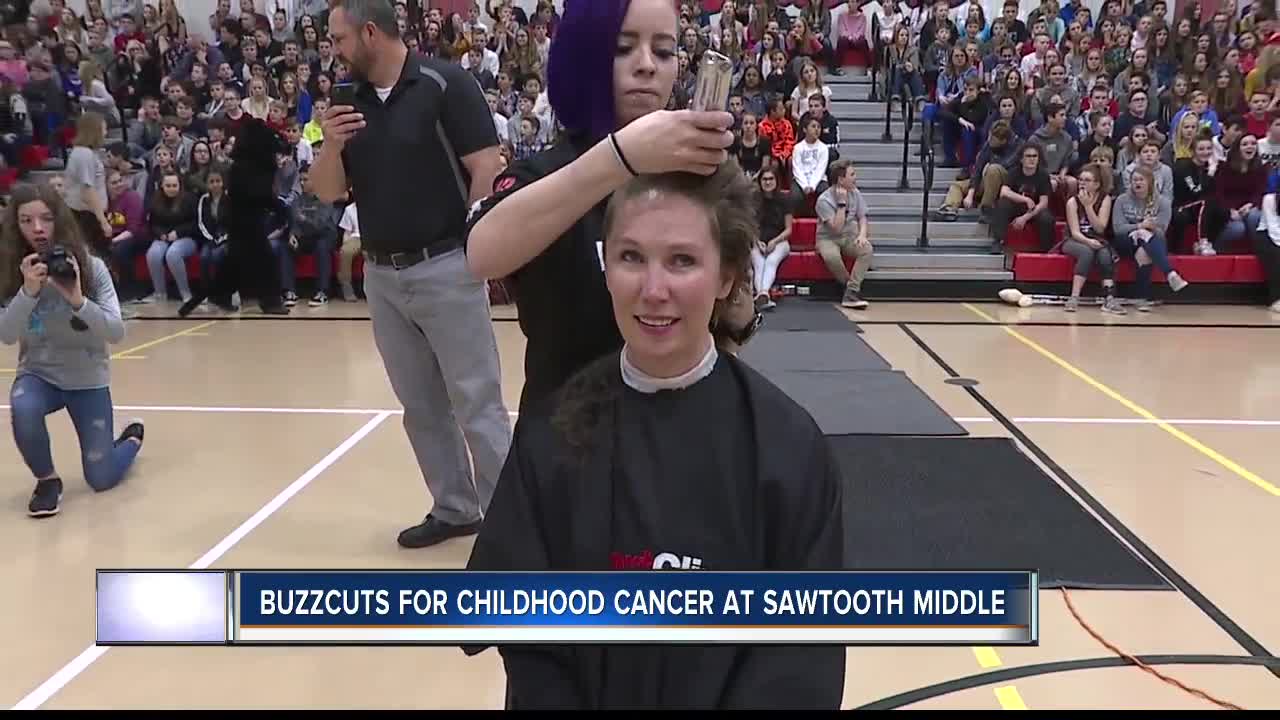 Students raised more than $6,000 dollars for the St. Baldrick's childhood cancer foundation, surpassing the administration's goal by more than a thousand. But it's not just the money the Sawtooth community is giving; their freshly snipped locks will be given to an organization that makes wigs for kids with hair loss.

MERIDIAN, Idaho — In a Facebook update Monday, Assistant Principal Tracy Newell gave the official countdown-- "I'm going to shave all of my hair off in four days"-- for the emotional moment of getting a buzzcut in front of more than one thousand students, staff, and parents at Sawtooth Middle School Thursday.

"I became very emotional when they were cutting my hair. It's not about the hair--it's about the families impacted."

Some cancer survivors currently attend Sawtooth Middle, according to Newell.

"I had brain surgery to remove part of it," said 7th grader Brody Copat, who bravely voiced his experience with brain cancer. "I am one of the very fortunate ones because I am able to be here to share this story with you when many don't survive."

"We want to be a part of helping end that fight," said Newell.

By collecting funds from family and friends, students raised more than $6,000 dollars, surpassing the administration's goal by more than a thousand.

But it's not just the money the Sawtooth community is giving; their freshly snipped locks will be given to an organization that makes wigs for kids with hair loss due to undergoing chemotherapy.

"I feel for those kids who don't have the choice," said Newell.

A bulk of her motivation came from one student in particular: a child the Sawtooth Community lost to cancer eight years ago.

"Um, he was an amazing kid... it made a huge impact on me. His mom was here today. And it's what makes me so emotional about this," said Newell.

In the meantime, Newell sports a look that stands for something bigger than a haircut alone.

Volunteers from SportClips used their barbering skills to help make the day happen. The hair will now be donated to Children with Hair Loss .