Assessing the damage after wildfire burns through Soldier Mountain Resort 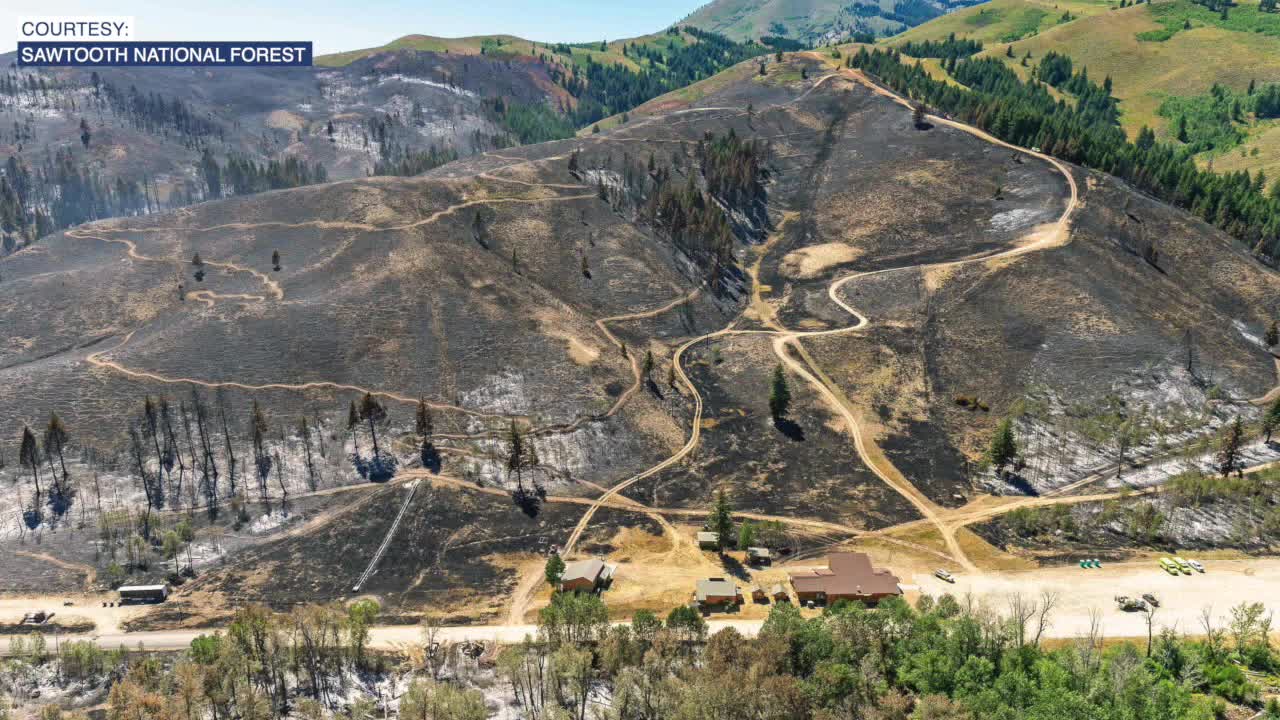 Last Friday we were at Soldier Mountain to check out their new bike park, but when we arrived everybody was forced to evacuate because of the Phillips Fire.

FAIRFIELD, Idaho — Last Friday, we were at Soldier Mountain to check out their new bike park, but when we arrived, everybody was forced to evacuate because of the Phillips Fire.

The fire took an unsuspected turn because of a change in the wind direction and ended up burning right through the resort.

"We are bummed of course we now know we can't open for the summer," said Paul Alden, the new owner of Soldier Mountain. "In fact, the Sawtooth forest is closed until the first of October."

The fire burned the bridge that provides access to Soldier Mountain, so it took a few days before the new owners could take a look at the damage.

They discovered the fire destroyed the magic carpet, their snowmaking equipment and some outlying buildings scattered around the mountain.

The new owners have already made improvements to the main lodge, and they informed us that the firefighters were able to save the lodge and all the homes in the area.

"The fire came up almost to the sidewalk, but they put a number of crews up there, and they saved it," said Alden. "You can not say enough about those guys and what they did."

The winter season is in jeopardy as the new owners will meet with insurance adjusters and assess the damage to the ski lifts.

"What we don't know is the condition of the main lifts, we don't know what kind of heat damage they might have sustained, and we won't know that for a little bit, but it is definitely the main concern right now," said Alden. "We are hoping and praying that there will be winter operations, but that will be tied to the conditions of the lifts."

The Phillips fire burned more than 2,000 acres after lightning sparked the fire.

Firefighters now have the fire 100 percent contained, and there were no reported injuries from the fire.