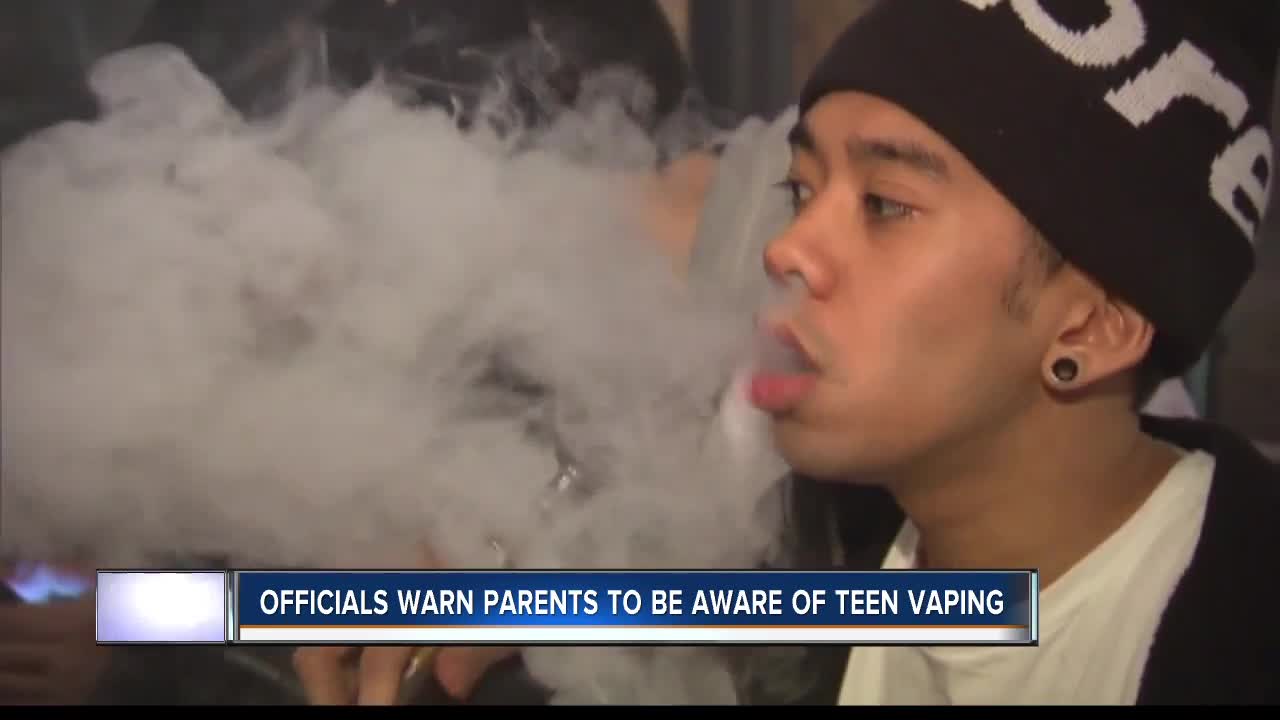 BOISE, Idaho — As 6 On Your Side previously reported, one Treasure Valley School Resource Officer says possession of vapes and e-cigarettes are by far the most common violation of all-- with kids often smoking them in class.

Now, reps from even more school districts are speaking out about the growing issue.

"It went from just a few here and there to all the time," said Officer Jason Kindelberger, School Resource Officer, Boise School District.

Officer Kindelberger said vapes in schools are a bigger issue than ever before.

"Before, we didn't talk about it much," said Kindelberger.

Now, he says those days are up in smoke.

"All of a sudden yeah, I'm citing every week," said Kindelberger.

At Wednesday's #VapeFreeBoise event, Boise School District Administrators aimed to make parents aware of the health dangers that accompany products like Juul-- a product that contains nicotine in e-liquid formula.

"It's bad for the developing brain, ya know, and then the choice to do something illegal at that age, it really is a gateway drug because, what's their next high?" said Kindelberger.

Many vapes and vape pens were originally developed to help adult smokers quit, by providing a way to satisfy nicotine cravings without the carcinogens that come with combustible cigarettes. Unfortunately, this has resulted in many cases of kids and teens taking up an addiction to nicotine where they did not have one before.

"And from junior high to high school, even a few in the elementary levels," said Kindelberger.

And it's not just Boise School District seeing the growing trend.

"It is not your, um, stereotypical kids that you'd might think might be smokers, it's like your national honors society kids, it's your athletes," said Dawn Tolan, Counseling Coordinator, West Ada School District.

West Ada saw 243 tobacco and e-cigarette violations district-wide last school year. "This year already-- which we still have several weeks to go-- we have 430 violations for tobacco which includes e-cigarettes," said Tolan.

That is a 77 percent increase. And she says the majority of those are vapes and e-cigarettes.

The administration suggests taking your child to a health care provider if you feel your child has already developed an addiction to nicotine.