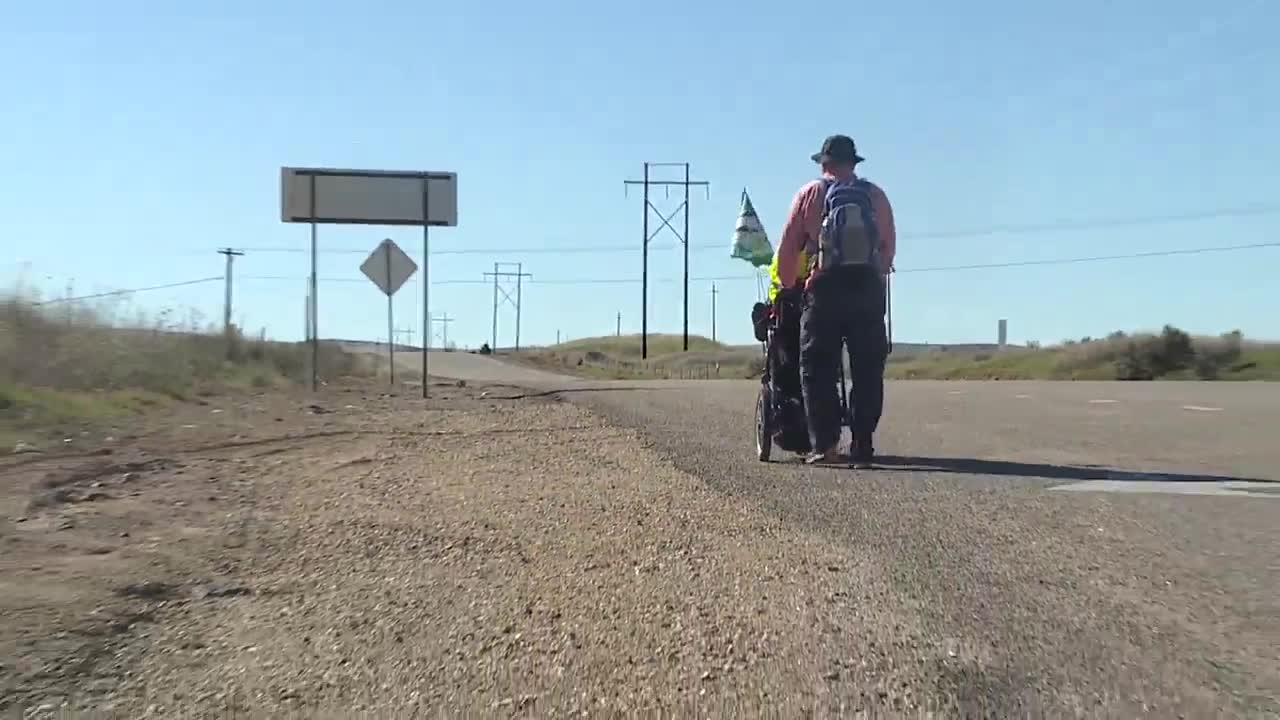 BOISE — Jimmy Novak served 21 years in the U.S. Army before he retired and now he's attempting to walk across the country to raise awareness for veterans who suffer from PTSD or have considered suicide.

Novak had his own struggles as he made a plan to commit suicide twice while he was serving in the army.

Novak got the help he needed, however, the road only gets more difficult after the transition from military to civilian life because the structure of military life disappears.

"I think it is actually harder being a veteran than it is to be in the military," said Novak. "You still have a lot of the same challenges as far as the emotional wellness, mental health and physical problems if you got hurt or injured."

So Novak is walking from Washington state in a diagonal direction with an end goal of making it to Disney World in Florida.

Novak tells us he has enjoyed his trek through Idaho so far which started in Lewiston, Thursday he made it down to Nampa and walked over to Gowen Field in Boise and on Friday he took off for Mountain Home.

The public can help Novak on his journey through donations or Novak told us anything from water, to fruit to encouragement will all help him as he continues his trek.

According to his Facebook page, he ran into tough terrain along the Oregon Trail and broke the buggy that carries all of his gear, and won't be able to continue until it's fixed.