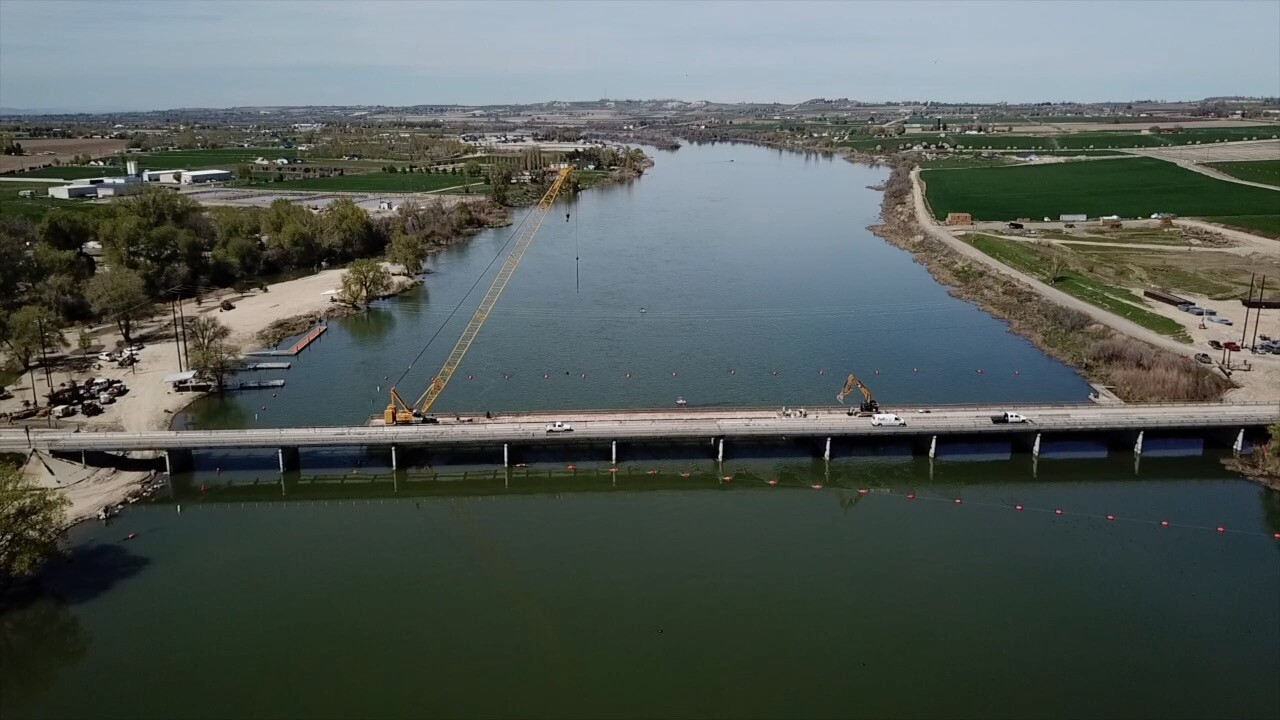 MARSING — If you've traveled in and out of Marsing over the last few weeks, you're no stranger to orange cones, construction signs, and long lines getting over the Snake River bridge. While that traffic is here to stay for awhile, the Idaho Transportation Department assures the backups over the bridge will be worth the wait once construction wraps up.

"We're going to be replacing the Snake River bridge behind me, and we're also going to be completely reconstructing Highway 55 through Downtown Marsing,” said Jake Melder, Public Information Specialist for ITD.

Construction on Highway 55 is expected to wrap up this year, and Melder said the work on the bridge will finish up in the summer of 2020, "We're completely removing the old highway and the base of the road underneath it, and we're going to be putting in fresh base, we're installing storm, sewer and better drainage for the city," said Melder.

The bridge will be replaced with a two lane bridge, but ITD is improving the pedestrian facilities.

So the new bridge will have the same amount of road space as the current bridge, as ITD says two lanes facilitates the amount of traffic going in and out of the city very well, but the big difference is the safety improvements for foot travelers.

"We're actually going to be building a full 6-foot sidewalk that's going to have a barrier separating it from traffic," said Melder.

It's a big project for the city and for ITD, but they assure one lane of traffic will always be kept open. A swift reminder for travelers from ITD, however, "If you think about the river crossings over the Snake River, you have to go miles either direction before you get another crossing, and so people can expect a delay of up to 15 minutes coming through this closure," said Melder.