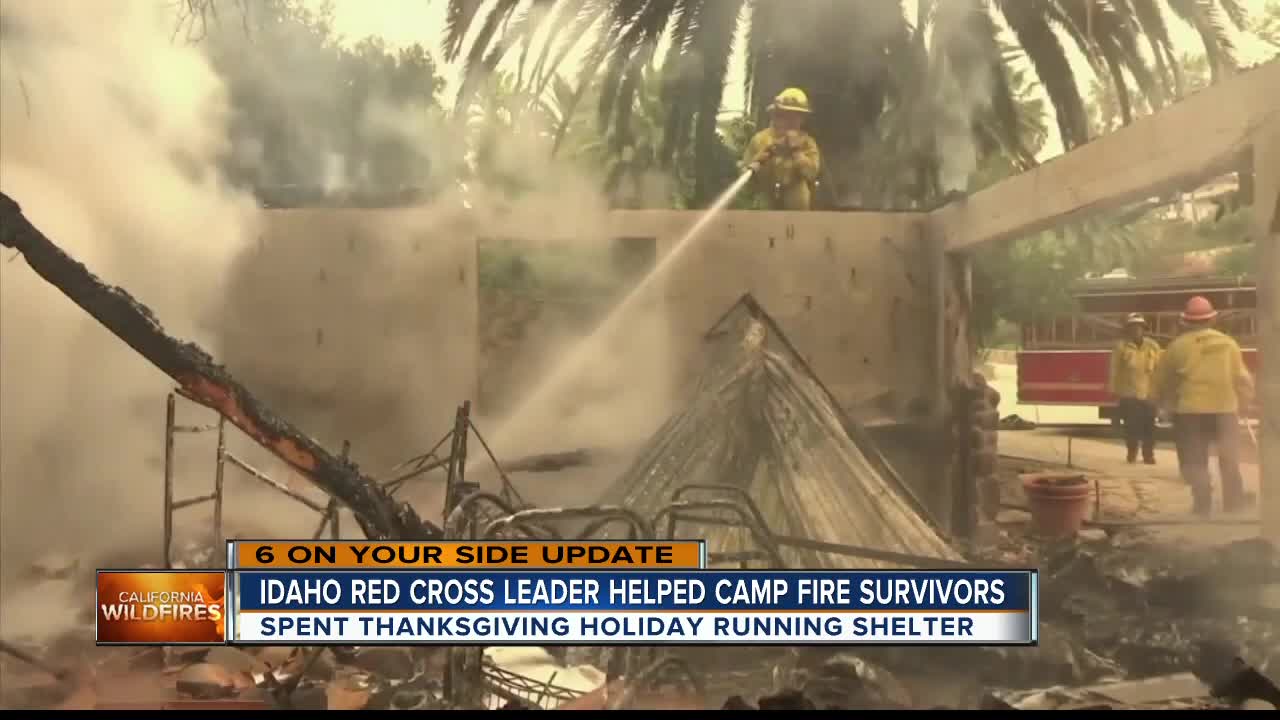 A leader for the American Red Cross in Idaho saw first hand the devastation of the camp fire near Chico, California. Over thanksgiving, the regional CEO for Idaho and Montana helped out on the front lines. 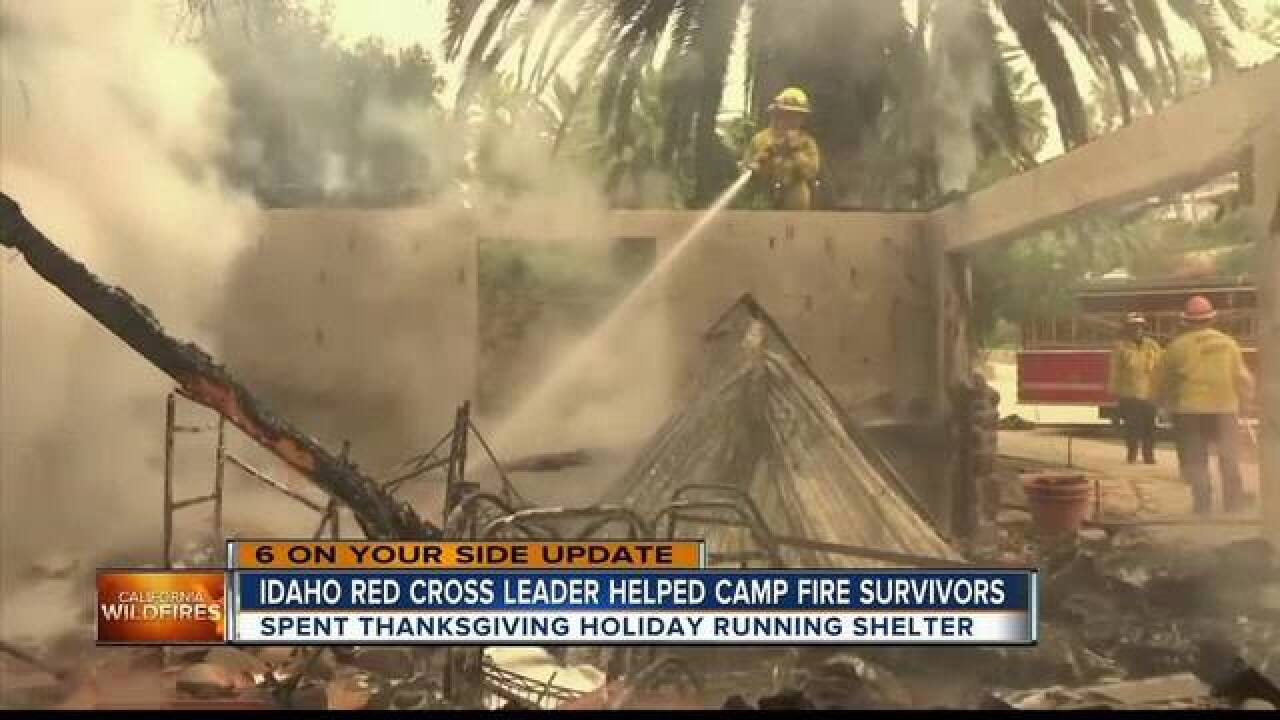 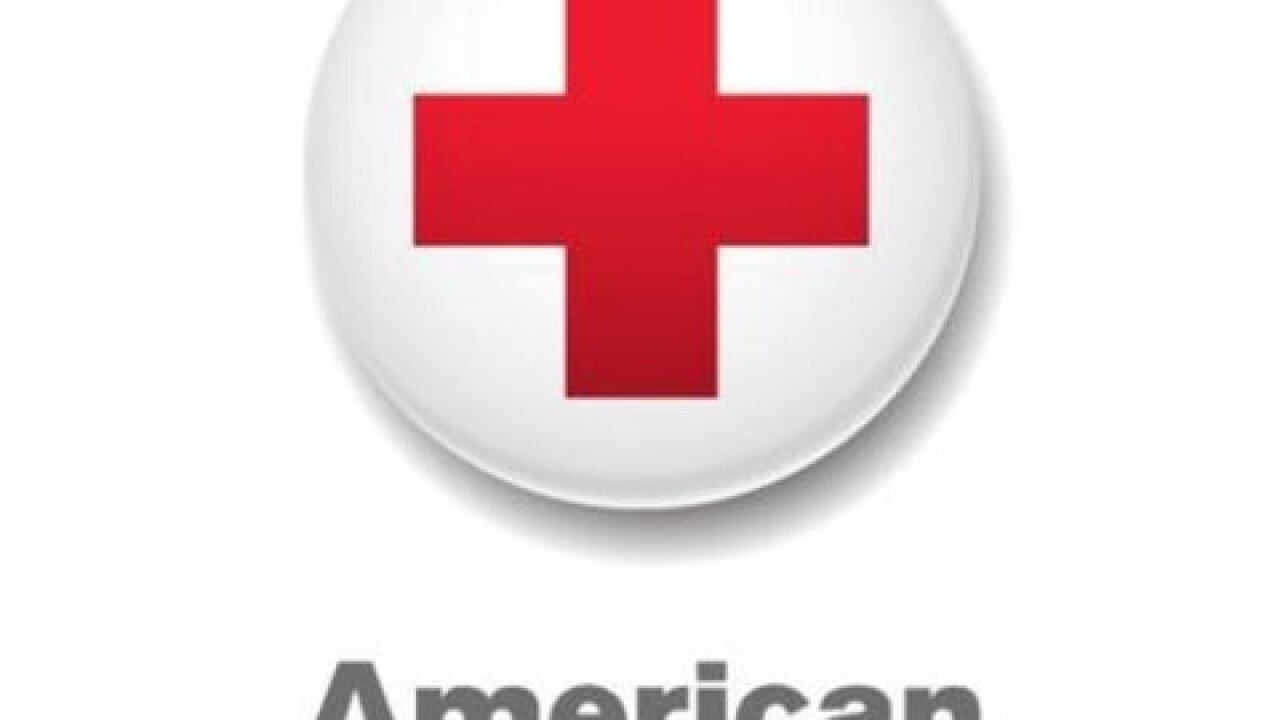 Over Thanksgiving, Nicole Sirak Irwin, the regional CEO for Idaho and Montana helped out on the front lines.

The CEO says she spent 10 days bringing care and comfort to those impacted by the wildfire. She says it's the first time she's seen a natural disaster of this magnitude, but she says the community is still resilient.
The camp fire has devastated the Chico area in northern California.

Aid groups from across the country have sent resources to help in the effort. That includes the American Red Cross.

"When I arrived, there were 1,000 people in our shelters and a thousand people missing at that time," said Nicole Sirak Irwan, the regional CEO for Idaho and Montana.

"In Boise, we're no stranger to wildfire smoke, but I really couldn't even see the ground until about five feet before we landed. There's so much smoke and that was two hours away, so when I got to Chico, we had to wear masks. It was some of the heavier smoke that I've ever been encountered."

She says was impressed by the community.

"Every individual was having a hand in somehow providing some comfort. They took over an entire vacant Sears with table to table to table of people helping in different ways. The residents that I had the pleasure of talking to, there were very scary stories of people really escaping of just minutes to spare so this was a different kind, when you hear about people who have lost their homes in a real rapid evacuation like this, there was a little difference, some kind of peaceful determination about the loss that we had experienced."

She says some of the highlights of her trip were spreading a little holiday cheer.

"Thanksgiving Day, I had the please of meeting a deaf man at one of our shelters and years ago I learned American Sign Language and so we got to play dominos together and spend some time."

"All of the systems failed and so 9000 people registered on our safe and well and we were able to link people together. Those stories when people came to their shelters and were reunified, some of the best work that you ever have the pleasure to be a part of."

The CEO says she normally worked from six a.m. to midnight working.

She says whenever there are big disasters like this, a lot of blood drives are canceled in those affected areas so they are in critical need for blood right now.

For more information on how to donate, head to  https://www.redcrossblood.org/