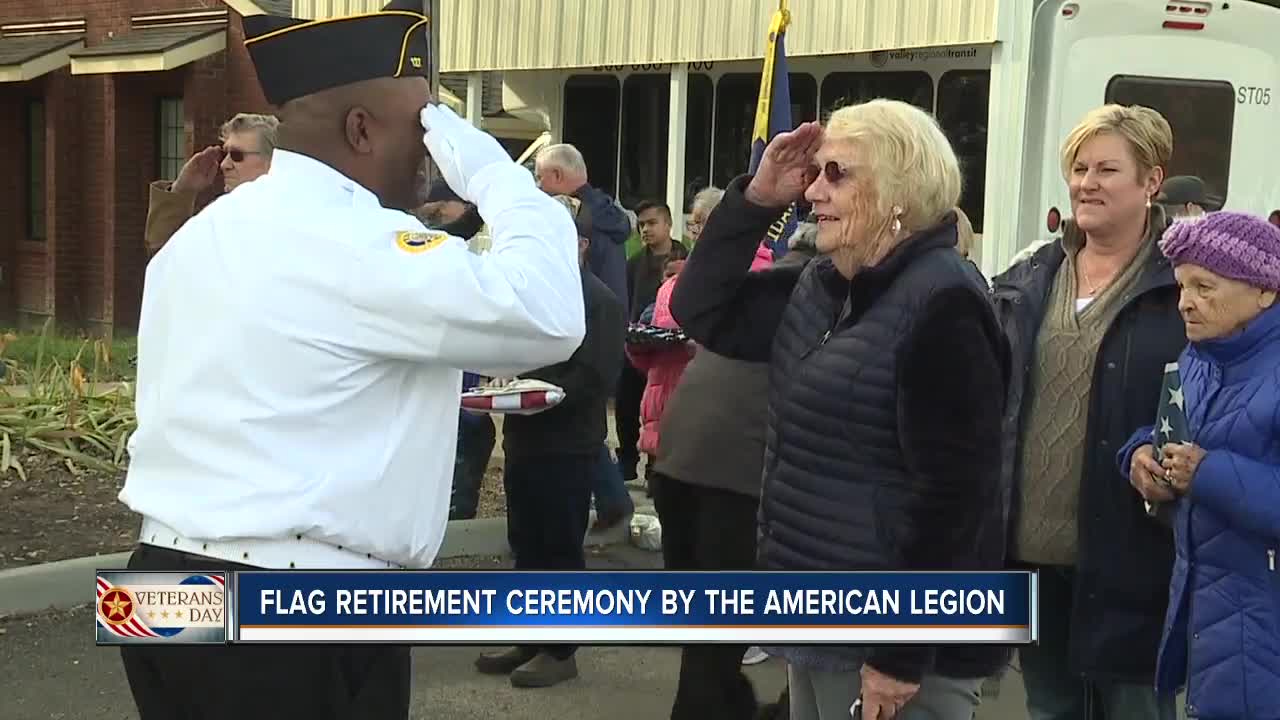 The American Flag Code states that a worn out flag should be retired by burning the flag in a respectful manner.

EAGLE, Idaho — The American Flag Code states that a worn out flag should be retired by burning the flag in a respectful manner.

The American Legion Orville Jackson Post 127 held a public ceremony where several flags were burned to retire them and at a later date the ashes from the fire will be spread around at the Idaho State Veterans Cemetery.

"It is very important, a lot of people don't know the proper protocols that cover the disposal and display of our our colors," said Michael Hubbard the Commander of American Legion Post 127.

Organizations like the American Legion and others provide people with a way to respectfully dispose of old glory.

"You should retire the colors fold it and store it in a proper manner until you are ready to turn it in to an American Legion post," said Hubbard.

For the veterans who came to the ceremony it means the world because the flag symbolizes why they chose to serve.

"I fought under that flag and I'll be buried under it when it is my time," said John Wilch, who served in the Army and the Air Force. "The flag means everything to me, it's freedom."