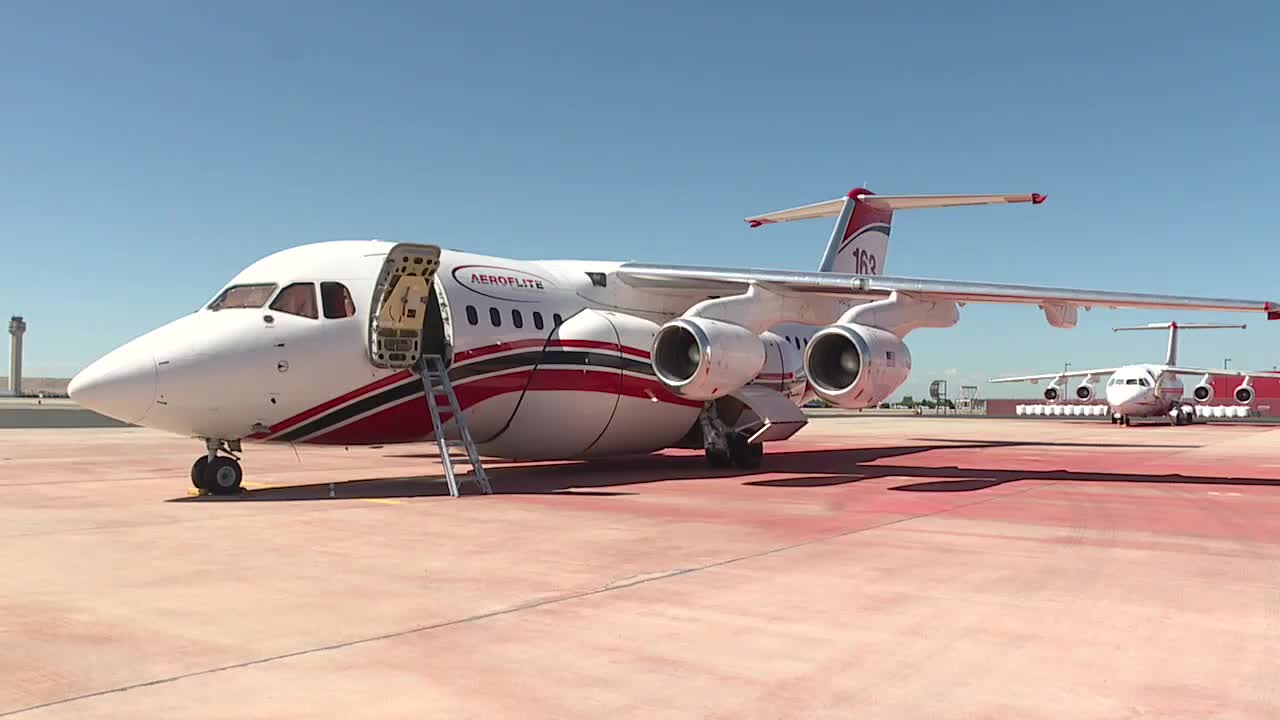 Aeroflite is a company out of Spokane that fire fighting agencies use for air support during wildfire season.

BOISE, Idaho — Aeroflite is a company out of Spokane that firefighting agencies use for air support during wildfire season.

The air tanker is a plane that was converted from an airliner into a firefighting machine and 6 On Your Side caught up with pilot Cory Peters who performs this dangerous job.

"We do it both to help protect the firefighters on the ground, the citizens and also the environment," said Peters.

Peters showed us how the former airliner was stripped of extraneous items so the air tanker can carry more fire retardant.

"Every nine pounds that we can take out of the aircraft is another gallon of retardant we carry," said Peters. "The air tanker can carry 3,000 gallons of fire retardant."

Fighting fires from the sky also takes a team effort because after the drop Peters will fly back to base where a team is ready to refill the plane with fire retardant.