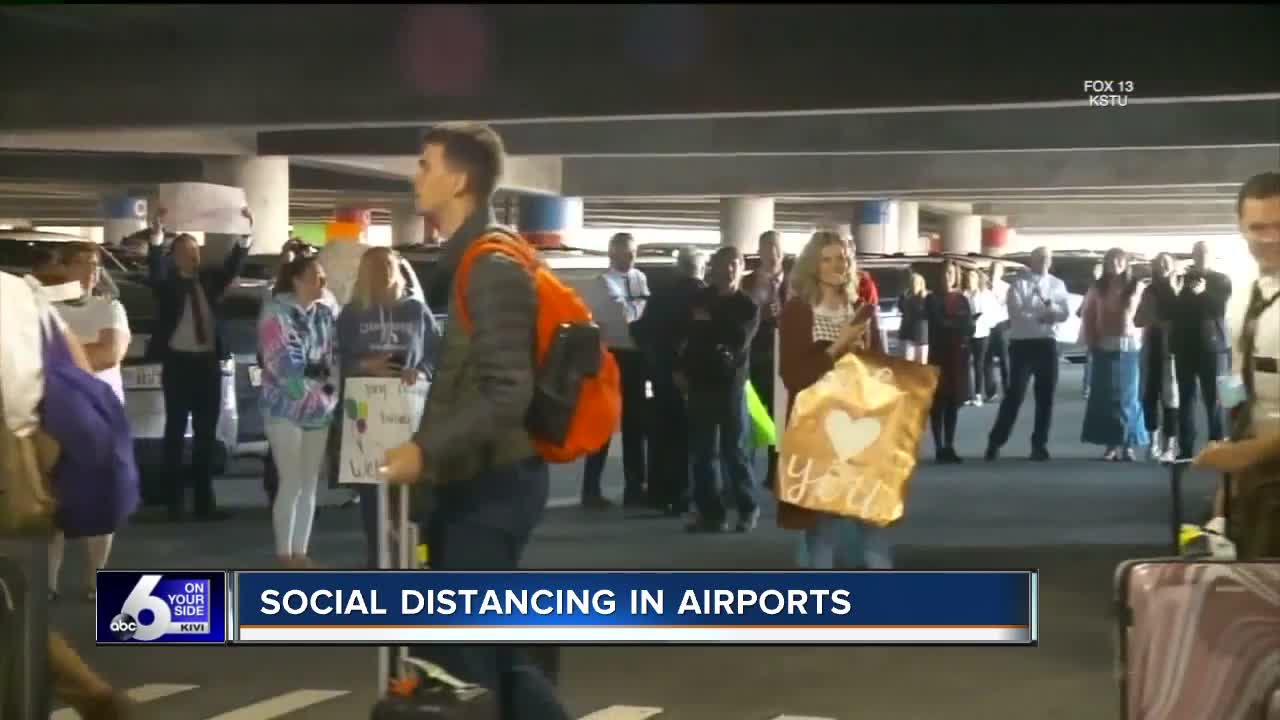 In the wake of backlash in Salt Lake City after an incident revealed hundreds disregarding social distancing guidelines, 6 On Your Side is taking a look at how Boise Airport plans to prevent problems of the same nature.

The announcement comes just after a new social distancing order by Boise Mayor Lauren McLean. But in the wake of controversy in Salt Lake City after an incident revealed hundreds disregarding this guideline, 6 On Your Side is taking a look at how Boise Airport plans to prevent problems related to social distancing.

As our sister station in Utah KSTU first reported, when family members greeted the roughly 1,600 Latter-Day Saint missionaries who returned to Salt Lake City Sunday night (after Coronavirus concerns brought them home from the Philippines), families were instructed to stay in their cars. But few did. As seen in the above video, hundreds gathered with signs and hugs, causing state and local leaders to express their disapproval.

“That puts everyone’s lives at stake. It really defeats the purpose of bringing these missionaries home in the first place,” said Mayor Erin Mendenhall of Salt Lake City, in an interview with KSTU's Ben Winslow.

Utah’s governor even condemned the incident in a tweet, saying that large welcome parties "could greatly increase the spread of Coronavirus in the state."

As missionaries return home due to the spread of COVID-19 across the globe, they should not be met by big groups of family or friends. Large welcome parties are dangerous and could greatly increase the spread of coronavirus in our state.

“The Boise Airport is really encouraging residents, that if they need to pick up family and friends at the airport, to refrain from large welcome parties," said Sean Briggs, marketing manager with Boise Airport. "Individuals should allow at least six feet between each other unless they’re an immediate family member.”

He said they typically see large welcome parties in the "meeter-greeter" lobby, just outside the secured area of the Boise Airport. But at least for now, not anymore! -- Not if they can help it.

“This is part of the new social distancing rule in the City of Boise that will be effective midnight tonight," said Briggs. "And the airport understands that there are points of time where we can have congestion, and so the airport and the airport police officers will do their best to educate the traveling public, and friends and family members, of the new rules.”

New rules — for our new normal.