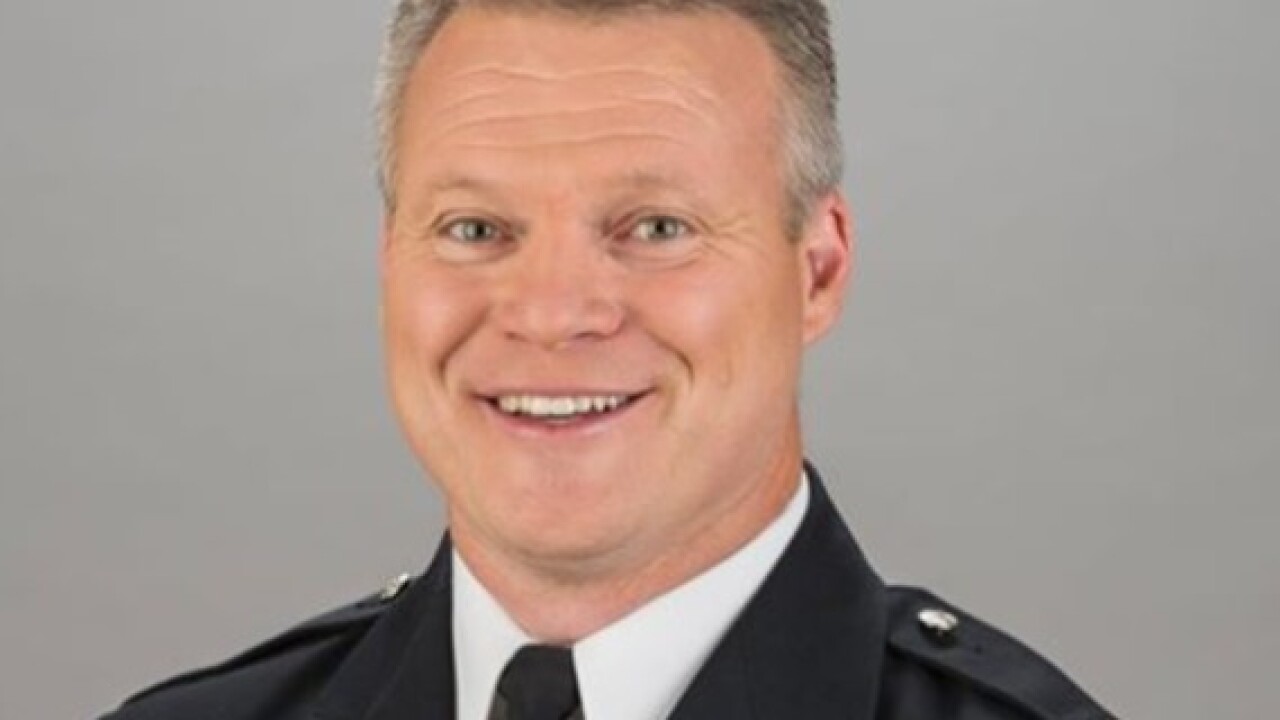 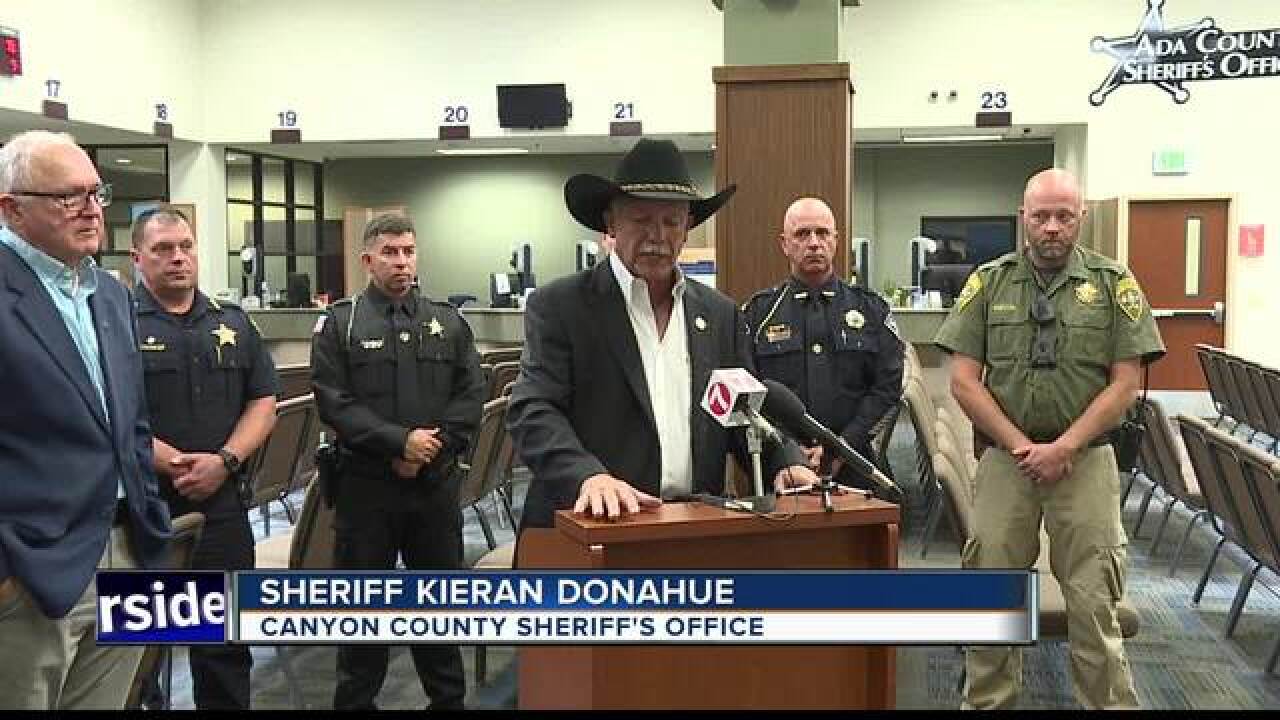 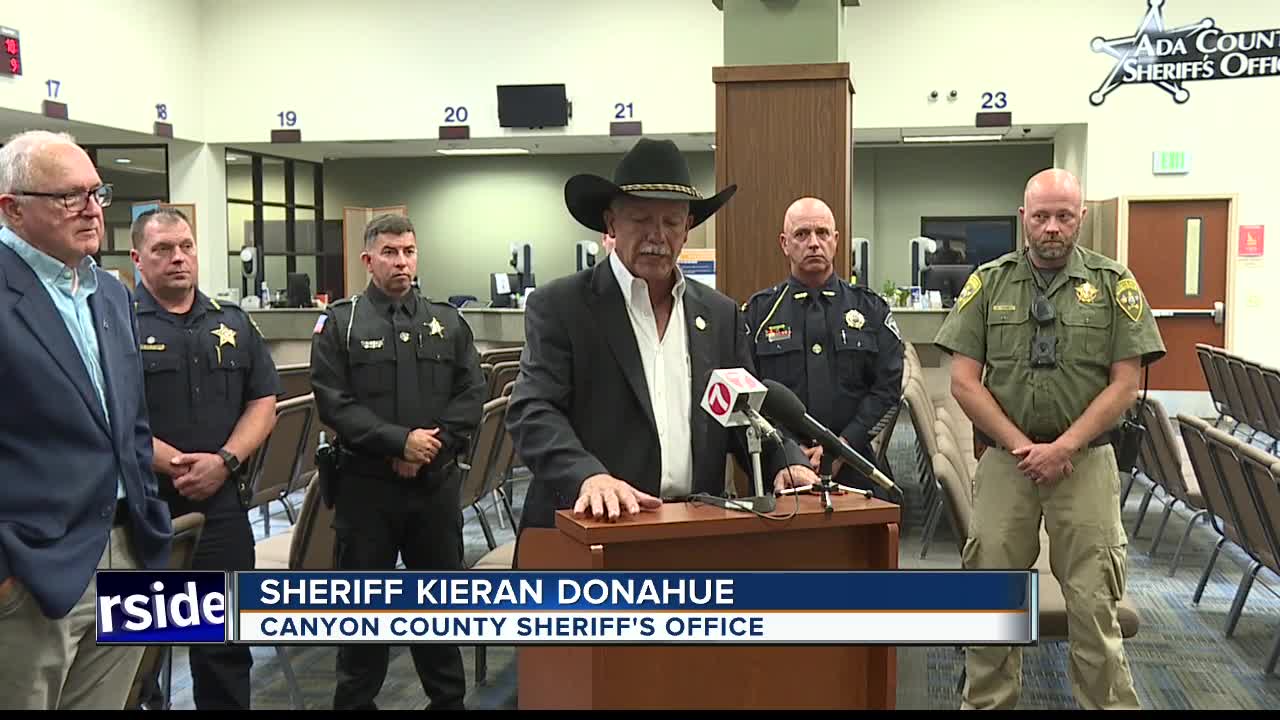 This week's outage is 1 of 11 outages just this year, plagueing officers, drivers license employees, and customers.

"This isn't the first level of frustration, this is the highest level that I have personally experienced with ITD."

The new system, which replaced an older, aging one, went live on August 13th of this year, despite concerns from sheriffs asking them to hold off on implementing the system until December, as August is one of their busiest times. But ITD moved forward anyway,  leaving Idahoans frustrated.

Vanessa Galvez is on of those, "There was a sign on the door saying the computers were down which is frustrating to me because I live all the way in Parma, and that's a long ways for me," says Galvez

And leaving sheriff's worried about their safety.

"We have officers in the street who cannot run drivers licenses. When they stop a car they are having to walk up to these cars blind. They can't run NCIC. They don't know who they're approaching," says Donahue.

ITD now saying they are working to fix all of this.

"ITD has come up with a solution that will allow us to eliminate the dependency that we have on this integrated system with this vendor so that Idahoan's and the DMV's can resume doing work in a normal way."

Allowing the DMV to process transactions independent of the system. ITD says that system will be put in place Thursday, but the sheriff's office still isn't happy.

"I'm very skeptical of what that may look like because what we've been delivered so far and what we've been given to use as the product to deliver drivers licenses to our citizens absolutely has been a failure," says Ada County Sheriff Stephen Bartlett.

The frustration from the sheriff's standpoint doesn't stop there. They also say they're frustrated that ITD did not let them know about the alleged solution that they're working on. Sheriff Donahue stating that he believes the system needs to be scrapped, as it is unsafe and inconvenient. Now ITD also tells us that if you have been inconvenienced by renewing your drivers license if your driver's license is expired, go ahead and give them a call and they will help you come up with a solution.

In a Facebook post Monday, Ada County Sheriff Stephen Bartlett is highly critical of computer system outages experienced in Ada County DMV offices, as well as those statewide -– this after a massive outage shut down computer operations for most of day Monday at DMV offices throughout Idaho and Colorado.

We reached out to the Idaho Transportation Department for comment Tuesday morning. They have not yet responded with an official statement reacting to the Sheriff’s posting.

The Idaho Sheriffs’ Association held a press conference on Tuesday at the Ada County Sheriff’s Office to address the ongoing issues with ITD’s computer system and the negative impact it is having on driver’s license offices statewide.

Canyon County Sheriff and ISA President Kieran Donahue will be joined by Ada County Sheriff Steve Bartlett and other Idaho Sheriffs to express their displeasure with the Idaho Transportation Department and the new GEM system that has been frustrating thousands of Idahoans every day since its launch on August 13.

“The Sheriffs will also speak about the lack of response by ITD and certain ITD staff to adequately address the system failures or properly acknowledge the burden it has put on Idaho citizens and Sheriff’s Office staff,” said Canyon County spokesman Joe Decker in a news release.

“If any of you went to our Driver's License office at 400 N. Benjamin Lane this past year or so and have been frustrated about long wait times, I understand.

That's because I am just as frustrated as you are.

It's particularly vexing because we have an excellent Driver's License staff that can't serve you to the best of their abilities - because the Idaho Transportation Department has ongoing issues with their computer systems and software.

Idaho Code requires the sheriff's office in all 44 counties to operate a driver's license office for the ITD. We administer their system - including hiring employees and finding office space. The ITD runs the computer system and issue the licenses.

There isn't anything we can do when the ITD's computer system doesn't work.

Consider what happened this morning. Our office was fully staffed and ready to go - but the ITD system wasn't.

The crowd of customers kept growing. Some people left. Some decided to stay and to hope for the best. Patience was tested. Tempers flared. At the time I'm writing this (2:30 p.m.), the system is still down.

Every time it happens, everyone in the room feels the same way. Our staff is just as frustrated as you are.

We've made several improvements to increase customer service at the Benjamin Lane office. We added six more clerk stations to increase the number from 15 to 21. We've extended our hours of operation by 30 minutes at the beginning and end of each day. We're now open 7:30 a.m.-to-5:30 p.m.

We would like to be open on Saturdays - and to extend our daily hours even more than we already have. We would do that right now if we could.

The ITD has resisted those efforts. They told us they need that downtime for their computer system.

We are also considering opening up additional driver's license offices in other parts of Ada County, but that can't happen until ITD gets their computer system worked out. We could have offices on every corner in town, open six days a week, and it wouldn't make a bit of difference if the ITD system isn't working.

When it does work, it takes our clerks about six minutes to take care of a customer who needs to renew their driver's license. Unfortunately, there have been many instances over the past few years our staff hasn't been given the opportunity to do their best work.

Earlier this month, every one of Idaho's 44 counties closed their Drivers License office for two days so the ITD could install a new statewide computer system that was supposed to solve their problems. We used that time to train our staff on the new system.

The moment our office re-opened Aug. 13, our staff was trained and ready to go.

The new ITD computer system was not. From the get-go, glitches/system errors caused long delays - and resulted in some very frustrated customers ever since.

It's not just Ada County. There have been reports of lengthy delays at sheriff's offices all over Idaho. It's more pronounced here in Ada County because we have so many more people.

It's been so bad that the Idaho Sheriff's Association sent a letter to Idaho Governor Butch Otter last week detailing how the sheriffs of Idaho's 44 counties are taking the brunt of complaints that should be directed towards the ITD.

We've had some people ask why ITD doesn't go back to their old system. That system was old and broken. Going back to that wouldn't solve any of their issues. The only way to go is forward.

My great hope is that the new ITD computer systems gets back to 100 percent and our employees can concentrate on what they do best, which is providing excellent and timely service for the people of Ada County.

In the meantime, please check our Twitter account at @AdaCoSheriff or call (208) 577-3100 to find out if we are experiencing delays before heading to our office on Benjamin Lane. If you want to contact ITD about your experiences, call (208) 334-8000 or send them a message at https://apps.itd.idaho.gov/Apps/WebCommentsV2/”

Here is the letter from Canyon County Sheriff Donohue to Governor Otter.