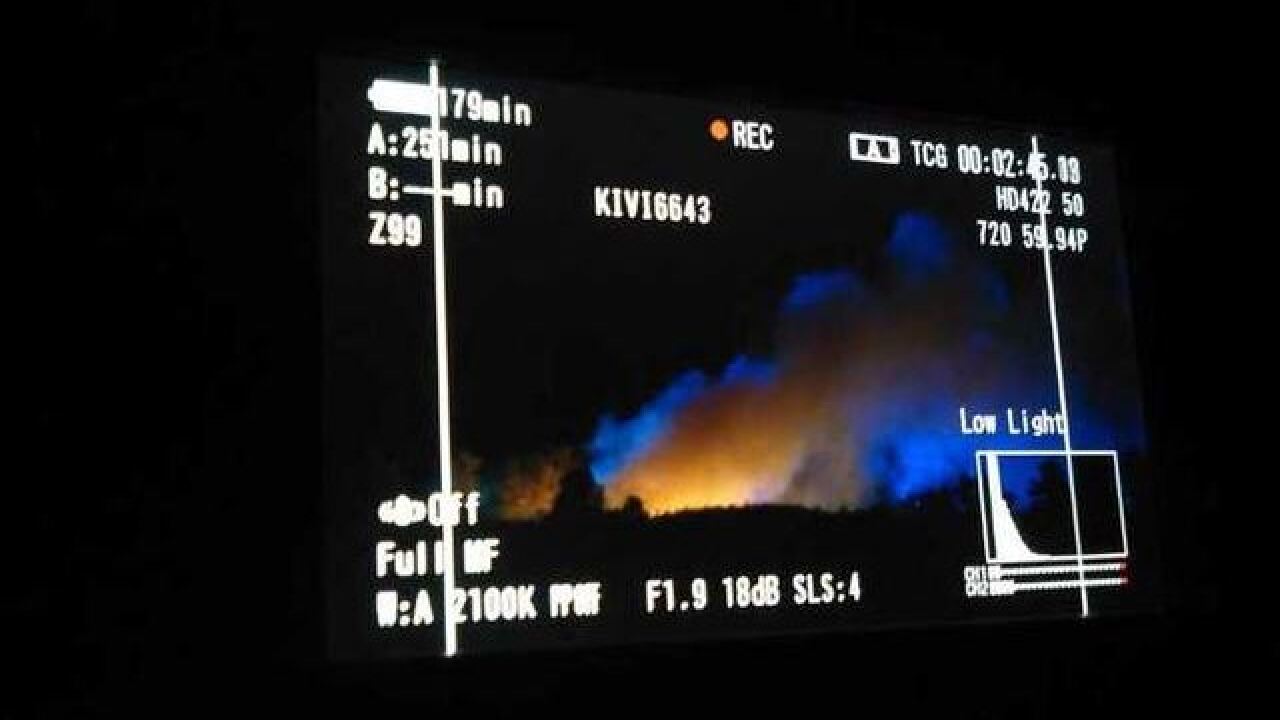 Prosecutors have cleared of responsibility Ada County Sheriff's deputies who shot at a Nampa man before he broke into a stranger’s rural Boise home last fall and set a fatal fire.

The Ada County Sheriff's Office released a report Wednesday that says Pavel Florea had extremely high levels of methamphetamine when he also pointed a shotgun at deputies on Sept. 27th of last year.

Twin Falls Prosecutor Grant Loebs reviewed the report and found that Chris Matkin and Sage Hickam -- the Ada County Sheriff’s Office deputies who fired a total of six rounds at Florea that night -- and other deputies at the scene “showed professionalism and courage” as they risked their own lives to save others.

An autopsy determined Florea died from acute carbon monoxide poisoning, and the Ada County Coroner's Office ruled his death a suicide. His remains were badly damaged by the fire, but Ada County Coroner’s officials did find what appeared to be a gunshot wound to his foot, indicating our deputies likely hit Florea with at least one of the six rounds they fired that night.

“(The deputies) put themselves in significant danger in an attempt to save the people inside the burning home,” according to an Ada County Sheriff’s Office news release.

Twins Falls Prosecutor Grant Loebs reviewed the Ada County Critical Incident Task Force report and found that the 35-year-old Florea committed numerous crimes -- including burglary and aggravated assault -- when he broke into the home in the 1500 block of Amity Road that night, pointed a shotgun at the deputies who responded to a 9-1-1 call for help from the homeowner, and then lit the house on fire with three other people inside.

Only one person inside the house survived. Three adults died as a result of that fire, including Florea.

The CITF, led by Boise Police, investigated the case for several months and were able to shed some light on the mystery of why Florea broke into the home of someone he had no connection with.

“Investigators developed evidence Florea was a heavy methamphetamine user who got into disputes with several different people in the days and weeks leading up to the incident, the ACSO release stated..

“The investigation did not uncover a direct link between Florea and the people who lived at the Amity Road home; but detectives did establish two theories -— either that Florea may have seen a Facebook ad for a moving sale at the home and then tried to break in and steal items from inside, or mistook the house on the corner of Amity and Linder roads for a nearby home that had a history of drug activity.”

It remains unclear why Florea pointed a shotgun at deputies Matkin and Hickam and threatened to kill them, if he shot at the deputies, or why he set the house on fire after deputies shot at him.

Investigators recovered the shotgun Florea was holding, but were not able to determine if had been fired that night. They did find evidence Florea stole it from an acquaintance a short time before Sept. 27, the release said.

The fire reduced most of the home to ashes that night. Investigators determined some kind of accelerant, like gas, was used to start the fire. All evidence points to Florea starting the fire.

The incident began around 10:30 p.m. Sept. 27 when a resident called 911 to report a prowler. The caller said she heard pounding at the door and could hear someone trying to break in, but didn’t know who it was.

Hickam and Matkin arrived moments later and found the man, holding a long gun, coming out of the home.

A verbal confrontation ensued. Deputies told the man to put the gun down, but he refused. A short time later, deputies fired at the man.

He went back inside the home, said he was shot, and refused to come back out.

Deputies were in contact with the woman who called 9-1-1, who told them there were two other people in the house. None of them knew who the armed man was or why he broke in.

More deputies had arrived by that time. They broke out windows and tried to direct the residents out of the home.

Two of the adults –- a man and a woman -– inside were able to get out. The third, an elderly woman, did not.

Paramedics treated the two residents at the scene and transported them to the hospital.

One of the residents was flown to the Salt Lake City Burn Center, where he was pronounced dead a short time later.

Deputies who set up a perimeter around the home did not see any evidence Florea had been able to get out of the burning house.

Meridian and Kuna Fire Department crews kept the blaze from spreading, but the home was a total loss.