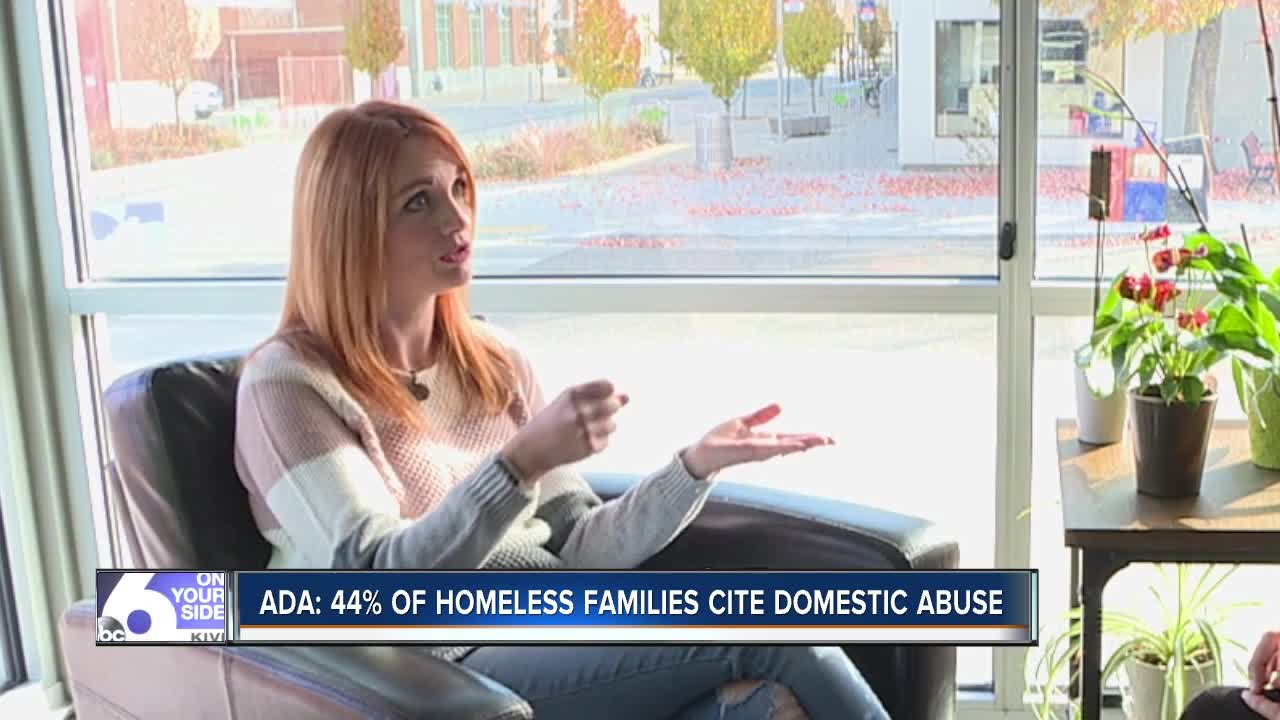 According to city staff, almost half the number of families currently experiencing homelessness in Ada County say they are fleeing domestic violence.

BOISE, Idaho — In a startling new statistic from staff at the City of Boise, nearly half the amount of families currently experiencing homelessness in Ada County say the reason they are homeless is because they are fleeing domestic violence.

"It's scary," said Paige Dinger, executive director at Faces of Hope. "It happens... even in our amazing Boise, Idaho."

The data shows that before families fleeing domestic violence can find new safe and secure stable housing, many of them are facing housing instability in the interim.

Resources exist in Boise for this group of at-risk homeless. Women's and Children's Alliance (WCA) , for example, provides transitional shelter to individuals and families who have been impacted by domestic abuse. But sometimes there's a wait for that housing due to the high demand, and when there is, Dinger says Faces of Hope steps in: "We're the triage and they're the long-term."

Dinger added, "We make sure that you're in a hotel for several weeks until you can find a job, get the help that you need, contact family and friends."

She said one reason the 44% statistic is so high is because, in the face of domestic violence, getting the help one needs is a complicated thing.

"I had a woman who had been sitting in our parking lot for two hours, and she just-- she said, 'I was either gonna take my life,' and she pulled out a bag of pills, and she was gonna end her life, or, she was gonna walk up those stairs, into that blue door and ask for help. And she's like, 'I was this close. To just walk up those stairs was so hard.' She goes, 'I tried. I tried twice,'" said Dinger.

Dinger said getting help must ultimately be one's own choice, and that family and friends can help by being a non-judgmental listener who tells them they believe them.

"I don't know what actually ultimately ended up giving her the courage to actually come through the blue door, but I think... we don't want to admit that we're being abused -- that the one that we love the most is hurting us," said Dinger. "But when we finally do, it's amazing because you can see this transformation."

She said Faces of Hope, WCA, CATCH Housing ad other agencies are collaborating-- not competing-- to address this issue in Ada County and provide hope to those in need. With a recent city-led initiative, "Our Path Home," more than 30 local agencies are working together to end homelessness, with a specific emphasis on family homelessness.

Please reach out to the WCA Domestic Abuse Hotline at (208) 343-7025 if you or someone you love is struggling with domestic abuse or violence.