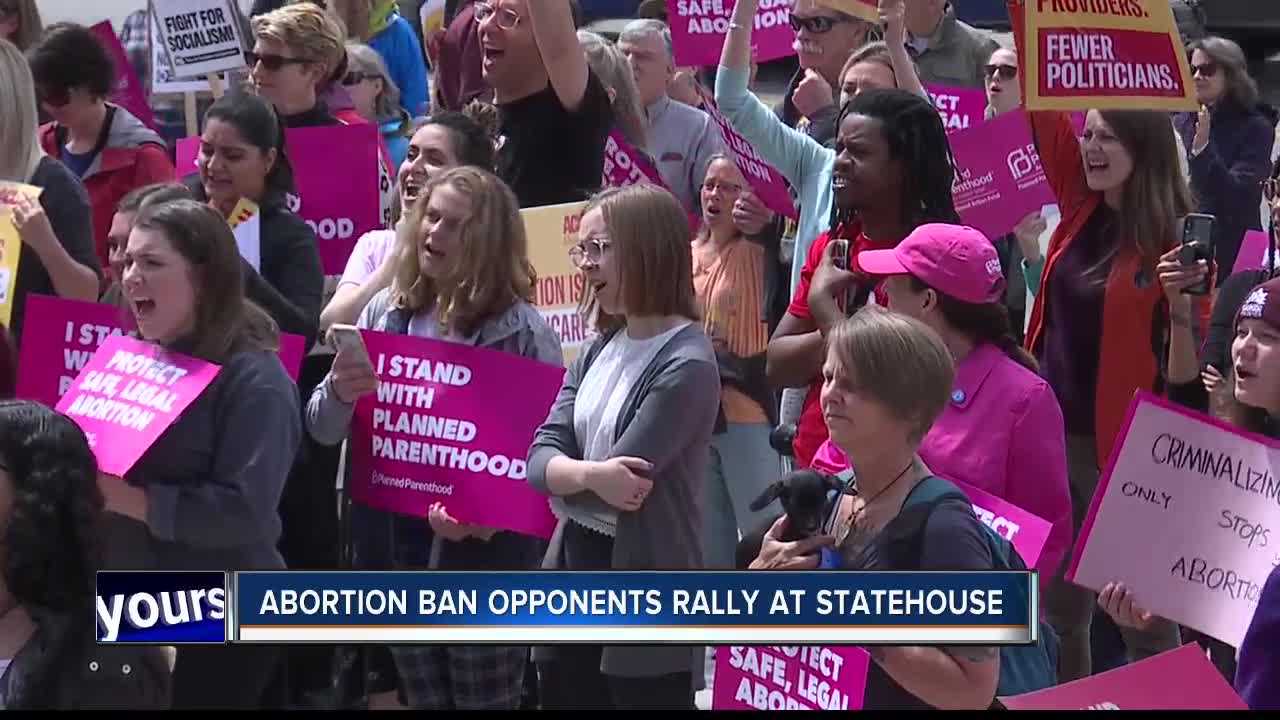 BOISE — Dozens of reproductive health advocates rallied on the steps of the Idaho Statehouse Tuesday in opposition to what they call “the extreme abortion bans” signed into law in Alabama, Georgia, and Missouri last week.

Planned Parenthood joined other organizations across the country to speak out against bans on reproductive health and rights -- and to “fight back against the unconstitutional attempts to gut Roe v. Wade and punish women,” Tolman said.

The Boise rally was part of a national #StopTheBans day of action.

“We have seen a rash of extreme abortion bans sweeping the country, all with one goal in mind -- to bring a direct challenge to Roe v. Wade to the Supreme Court and make abortion inaccessible in this country. This is not what people in America want, nor is it something they'll stand for,” Tolman added,

Speakers at the rally included leaders from Planned Parenthood, the ACLU of Idaho, and the Idaho Coalition Against Sexual & Domestic Violence.