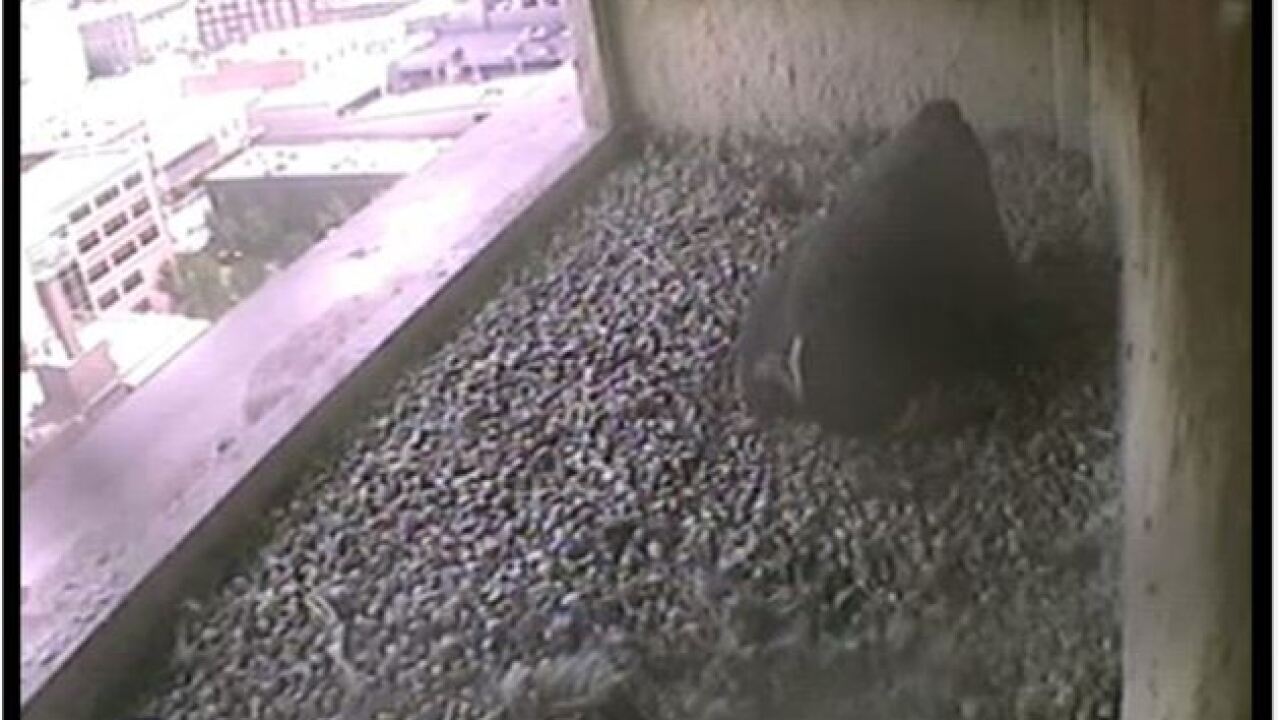 BOISE, Idaho (AP) -- Three chicks have hatched in a peregrine falcon nest on the 14th floor of a downtown Boise building where a web camera supplies streaming video.

She says biologists will put bands on the chicks in early June before the birds fledge in mid-June and leave the nest at One Capital Center.

She says Idaho Department of Fish and Game workers assisted last year when several of the young birds ended up at ground level in downtown Boise before becoming confident flyers.

Katzner says the parents are believed to be the same two unnamed adult falcons that have used the nest the last several years.