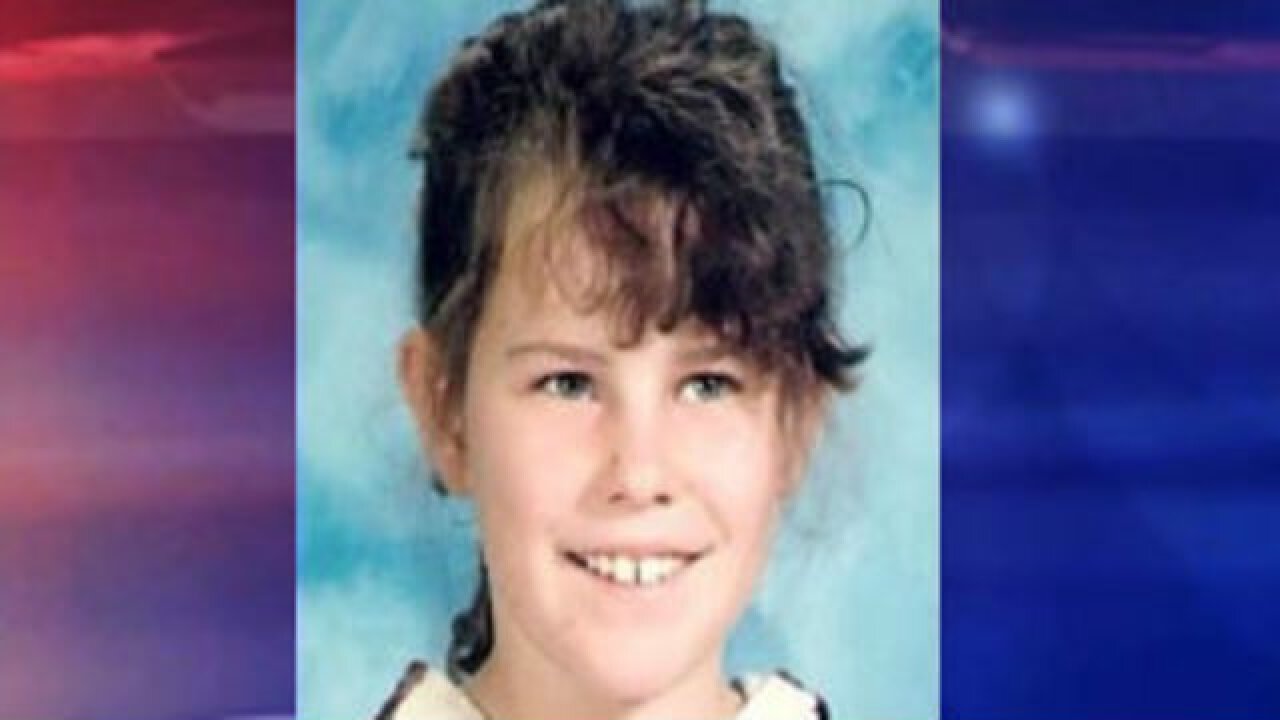 Copyright 2018 Scripps Media, Inc. All rights reserved. This material may not be published, broadcast, rewritten, or redistributed.
NCMEC

CHALLIS, Idaho — It was about 6 p.m. on October 11, 1993. Stephanie Crane had just finished bowling at the Challis Lanes Bowling Alley, across the street from the Challis High School.

Authorities believe she was either headed to her home -- only about 500 yards away -- or to the Challis High School to watch soccer practice.

But she never made it to either destination.

All of Stephanie’s classmates had been contacted she was not with any of them.

Investigators contacted all of Stephanie’s friends and classmates. But no one had heard from her.

The search for Stephanie was suspended at 12:30 a.m. on October 12, 1993 – and continued at 7 a.m. the next day. Some 300 searchers, two planes, the FBI, the Idaho State Police, State Fish and Game officers, a team of tracking dogs, and a boat crew (that checked the river from Challis to Salmon) failed to turn up any trace of Stephanie.

The search continued for several days.

Over the years that Stephanie has been missing, the Custer County Sheriff’s Office has searched a number of areas around Challis –- to no avail.

At the time of her disappearance, Stephanie was 4-feet, 2-inches tall, she weighed between 65 and 85 pounds, with brown hair and blue eyes. She has a cowlick on the right side of her hairline and a scar near her right eye. Her face was freckled and, at that time, she had as small gap between her two upper front teeth. She was wearing a maroon and white-striped hooded sweatshirt with the work “GIMME” imprinted on the front, maroon sweatpants and maroon and white tennis shoes.

When Stephanie went missing there was no such thing as an AMBER Alert (America’s Missing Broadcast Emergency Response). AMBER Alerts did not come into existence until 1996. The program was named for Amber Hagerman, a nine-year-old girl abducted and murdered in Arlington Texas, on January 12, 1996. Five days after she was abducted, a passerby found Ambers body in a rain swollen creek. Amber’s killer has not been found.

Authorities in Idaho believe some people who think they have information on Stephanie may be afraid to come forward.

During the 2017 trial of the man convicted of murdering Etan Patz, (the first missing child to be featured on a milk carton) who disappeared in 1979, it was brought out in court that he confessed to a prayer group -– and made a confession to his brother-in-law -- that he had hurt a child. But no one immediately reported the information to law enforcement. It’s unclear why they didn’t.

In 1993, Stephanie’s case was featured on TV series “America’s Most Wanted,” another series called “Front Page” and was also reported by CNN.

Since there was no social media back then, the Custer County investigators relied on volunteers distributing fliers with Stephanie’s picture on them. Volunteers also stuffed envelopes with fliers of Stephanie and a cover letter for a nationwide mailing.

In 2016, Stephanie’s case was featured on the Dateline “Cold Case Spot Light” on the Internet.

In 2018, Stephanie’s case was featured on the ID channel on series called “Disappeared,” that highlighted missing persons cases.
The episode that featured Stephanie -- entitled “Into the Mist” -- is available free on demand on Dish TV until December 31.

The Custer County Sheriffs still works closely with the FBI, the Idaho State Police, the National Center for Missing and Exploited Children and other agencies on Stephanie’s case.

Stephanie’s case will remain open until she is found, authorities said. There is $50,000 reward for information leading to the arrest and conviction for the person or persons responsible for Stephanie’s disappearance.

Investigators say every tip that comes into the Custer County Sheriff’s Office about Stephanie is checked into.