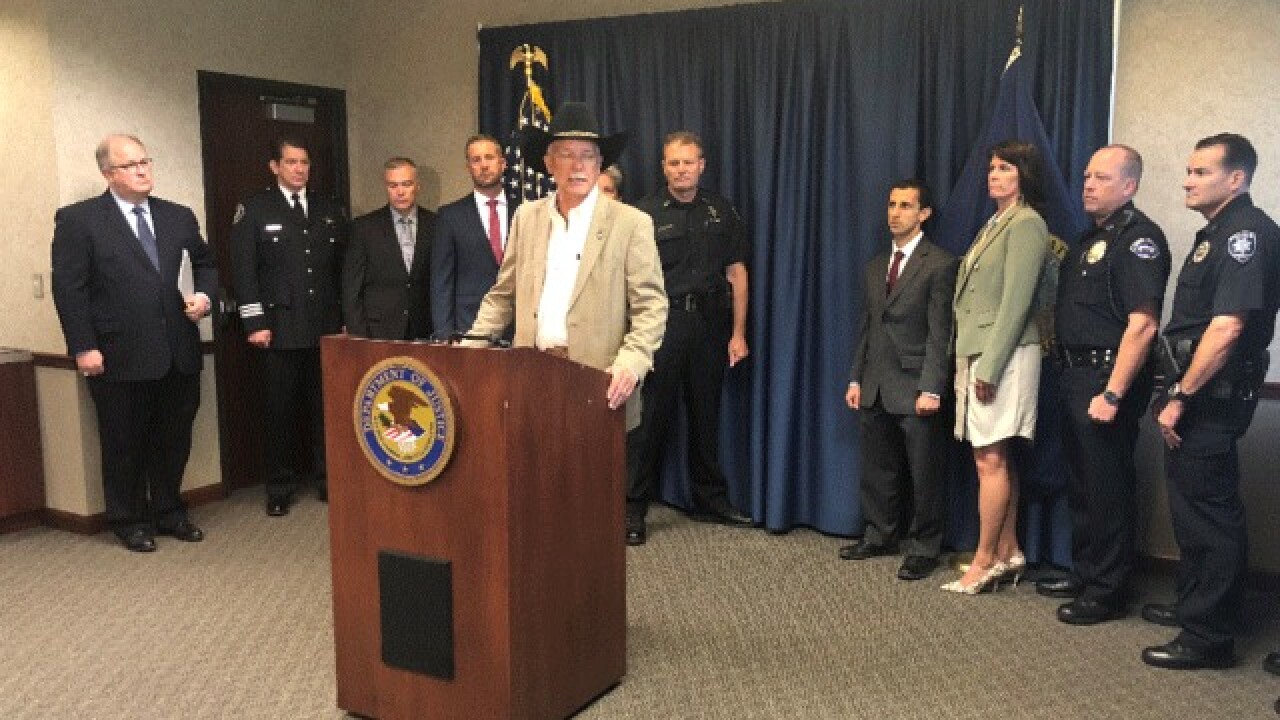 A federal grand jury has indicted thirteen members and associates of two gangs -- the Aryan Knights and Severely Violent Criminals -- for crimes including drug distribution, conspiracy, and unlawful possession of firearms, according to U.S. Attorney Bart Davis announced.

The charges stem from an investigation by the Treasure Valley Metro Violent Crimes Task Force.

The charge of unlawfully possessing a firearm is punishable by up to ten years in prison, a maximum fine of $250,000, and up to three years of supervised release.

The charges are being prosecuted by the Special Assistant U.S. Attorney hired by the Treasure Valley Partnership, the Canyon County Prosecuting Attorney’s Office and the State of Idaho to address gang crimes. The Treasure Valley Partnership is comprised of a group of elected officials in southwest Idaho dedicated to regional coordination, cooperation, and collaboration on creating coherent regional growth.