"It's okay to be white" flyers posted at University of Idaho 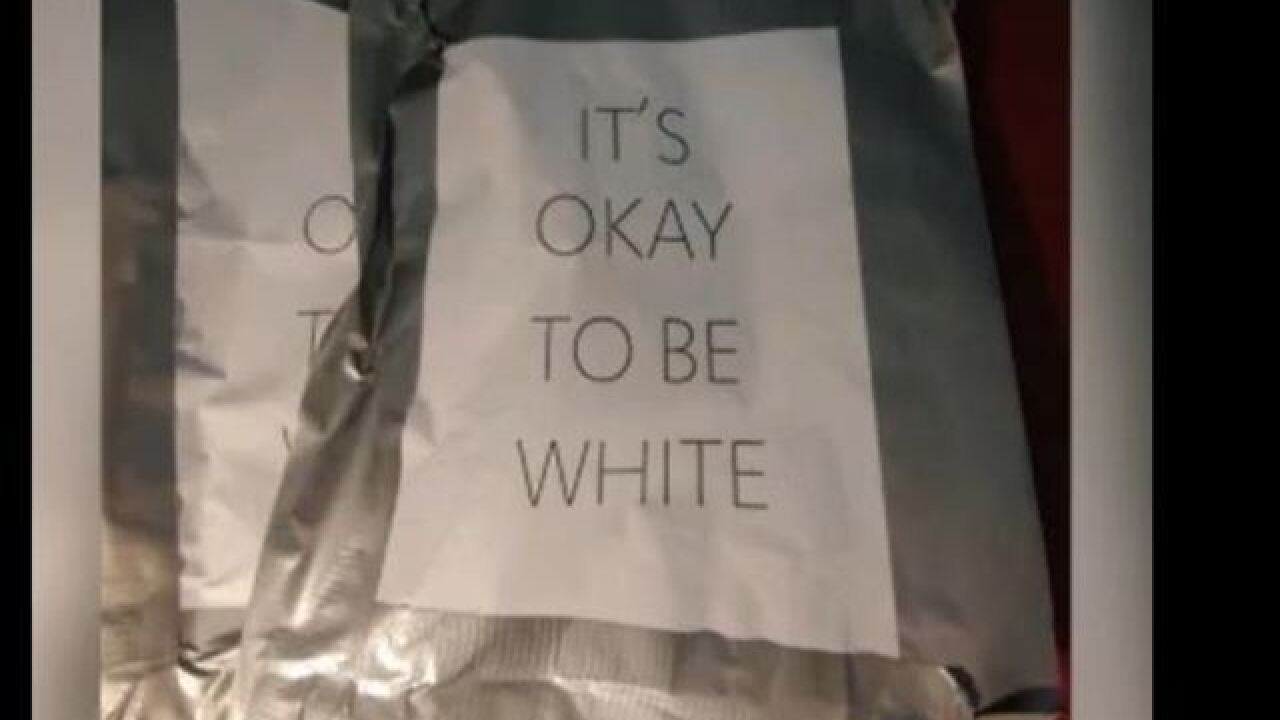 Copyright 2018 Scripps Media, Inc. All rights reserved. This material may not be published, broadcast, rewritten, or redistributed.
KXLY-TV

Flyers with the slogan "It's okay to be white" were posted on the University of Idaho campus and around Moscow last week -- as part of a provocation campaign by white nationalist groups.

The Moscow-Pullman Daily News reports the flyers were an apparent repeat of a year-old campaign stemming from online message boards, intending to create strong reactions.

He says the flyers are not harmless. "They're interested in being provocative, trying to upset people, trying to intimidate people,” he points out.

University President Chuck Staben says he is disappointed to see such flyers on campus, but personnel would not remove the ones posted on authorized surfaces, noting the university supports free speech.