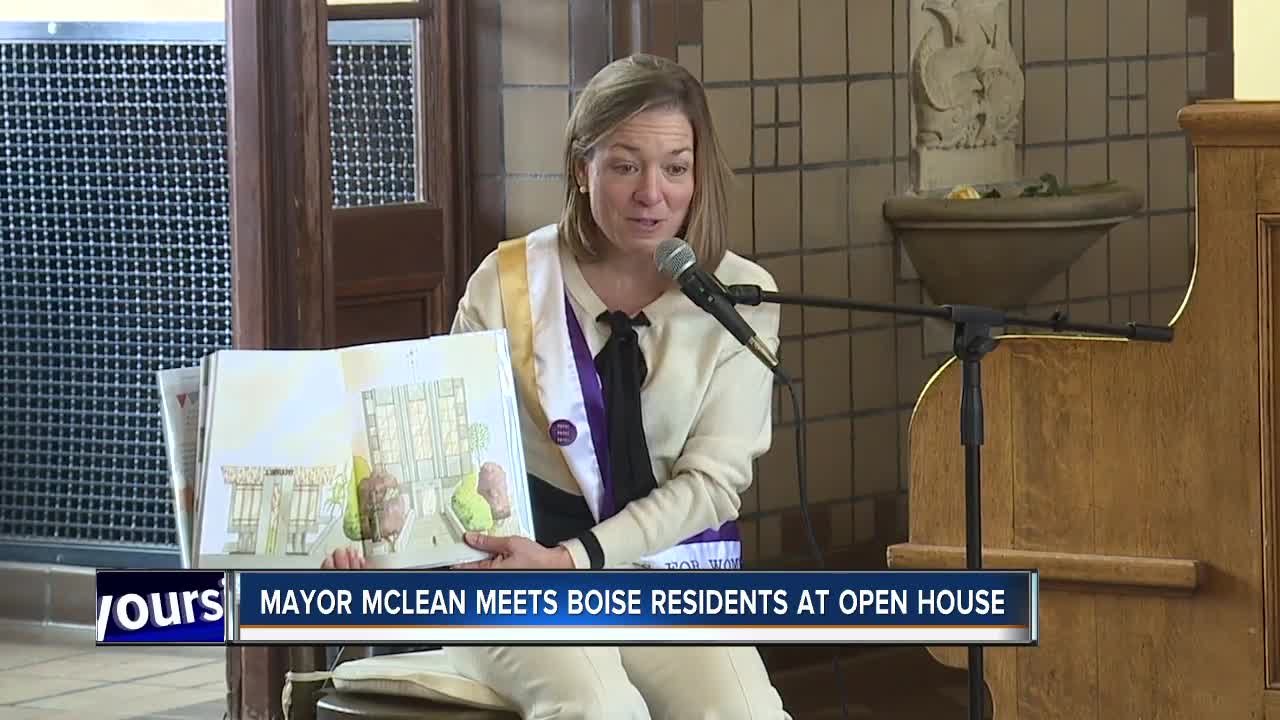 Boise mayor Lauren McLean is officially in office and spent the day at the Boise Depot, meeting with members of the public.

BOISE, ID — Boise mayor Lauren McLean is officially in office and spent Sunday meeting with members of the public at the Boise Depot. The open house that celebrated 100 years of women's suffrage.

Mayor McLean also read books to children at the event. She says it's essential for Treasure Valley kids to feel empowered.

"I have the responsibility to remind children and adults as the first female elected mayor that we need girls to be involved throughout this community. I'm reading with them a story about a young girl that wanted to build a park in her neighborhood and was told she couldn't and did it anyway. I thought it was really fun and really important," said McLean

Mayor McLean was sworn into office on Tuesday night.