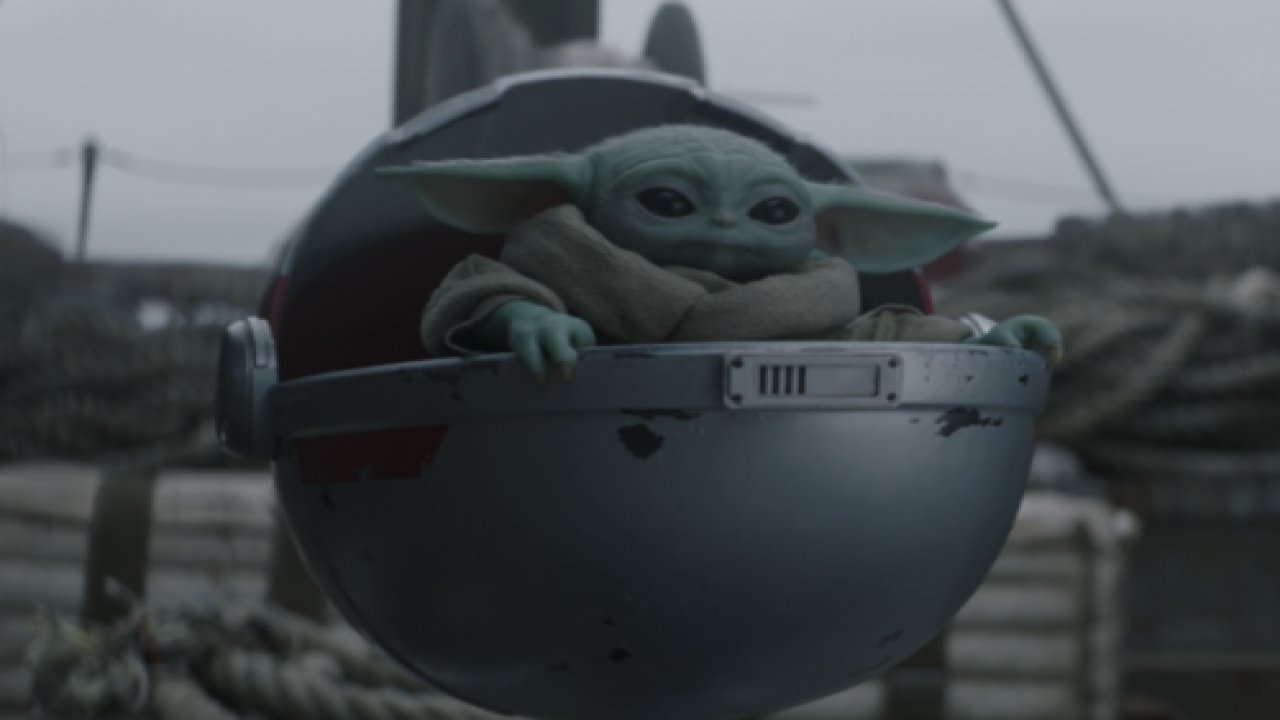 Copyright Disney +
<a href="https://www.disneyplus.com/series/the-mandalorian/3jLIGMDYINqD">Disney +</a>

Composer Ludwig Göransson brought home an Emmy award on Sept. 20 for his work on the Disney+ smash-hit series “The Mandalorian,” and the photo he posted to accept the award is the cutest thing since The Child first graced our screens in the series last year.

The Emmy awards’ ceremony wasn’t the red carpet affair everyone is used to thanks to the COVID-19 pandemic. Award recipients participated in the ceremony through Zoom and other remote means of communication, including social media. In fact, the composer found out he’d won the Emmy in the Music Composition for a Series category on Sept. 19. So he had a little bit of time to prepare a proper acceptance.

Göransson decided to mark the occasion with an adorable nod to the breakout character from “The Mandalorian”: The Child, who is better known as Baby Yoda.

He posted a tweet to accept his first-ever Emmy.

“Thank you to the Academy for this honor and for all of the recognition the Mandalorian has received this Emmy season,” the musician wrote.” Thank you @Jon_Favreau and @dave_filoni for creating this groundbreaking series and for giving me the opportunity to cross genres and boundaries with the score.”

It was certainly a heartfelt thank you, but what captured everyone’s attention was the photo he posted with the tweet: He’s wearing a face mask, and studying pages of music, while his baby son Apollo is sitting on daddy’s lap dressed as Baby Yoda!

Thank you to the Academy for this honor and for all of the recognition the Mandalorian has received this Emmy season.
Thank you @Jon_Favreau and @dave_filoni for creating this groundbreaking series and for giving me the opportunity to cross genres and boundaries with the score. pic.twitter.com/RjA39oMRJl

While Baby Yoda easily was the biggest breakout character of “The Mandalorian,” there was nothing simple about creating The Child’s theme for the first season of the series.

“I think early on I was like, OK, well are we tying into the Star Wars universe with Yoda? … my first pass was, like, a little bit more kind of a Star Wars-y sounding theme for the Baby Yoda character,” Göransson told Collider. “And Jon [Favreau, the show’s creator] kept telling me, ‘Hey, no, no, he is already visually so overly cute. So if we make the music cute as well, it’s going to be too much.’ He was very adamant that the show, musically, is almost always being told from The Mandalorian’s perspective.”

You can hear more of Göransson’s work when season two of  “The Mandalorian” debuts on Disney+ on Oct. 30.