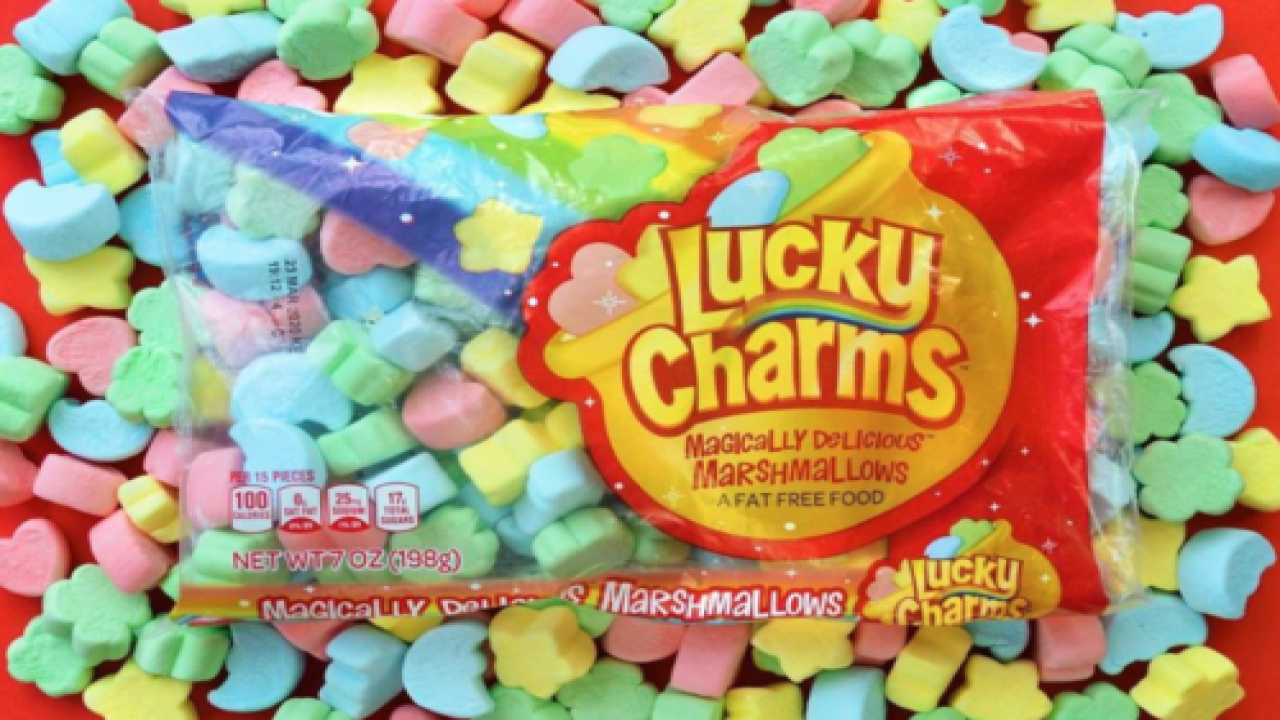 Your days of having to stand in the kitchen picking the marshmallows out of your Lucky Charms are numbered. While you can still do that, of course, General Mills has teamed up with Kraft to create a brand new take on (let’s be honest) the best part of the cereal.

Lucky Charms teamed up with Kraft to create Jet-Puffed Charms Magically Delicious Marshmallows, and they’re the big, soft, fluffy Jet-Puffed marshmallows we love. The new marshmallows come in the famous Lucky Charms colors and shapes of a moon, star, four-leaf clover and heart.

Kraft Jet-Puffed Charms Magically Delicious Marshmallows will start appearing on shelves in August, and they’ll be nationwide by September. According to a press release obtained by Insider , a 7-ounce bag will cost $1.50. The brand has not said whether the marshmallows are for a limited time or if we can expect to see them in stores for a while.

Just imagine what your Rice Krispie treats will look like with these Charms marshmallows mixed in! Or the colorful cups of hot chocolate! The possibilities are endless.

Lucky Charms shared this amazing news on Instagram, and based on the number of positive comments — including people begging to have them in stores in multiple countries — these are going to sell well:

If you’re not a fan of messing with a good thing and have to have the crunchy marshmallows that normally come with the cereal, Lucky Charms has a sweepstakes for you. The brand is giving away boxes full of them until Sept. 17 , but there are only 15,000 boxes of unicorn and rainbow marshmallows available, so you really will have to be lucky to score one.

To enter, pick up a specially-marked Lucky Charms box at your local store, then find the code on the inside panel and enter it at MarshmallowOnly.com to find out whether you’ve won a special box of Lucky Charms Marshmallow Only.

Lucky Charms posted a photo of Marshmallow Only to Instagram, and they do look magically delicious:

No oats! All of ð ðð and ð¦  ð¦  ð¦ ! Join the Marshmallow Only Club! Link in bio for full rules and details!

It might be hard to get a box of Marshmallow Only, but once the Jet-Puffed Charms marshmallows hit stores, they should be easier to get your hands on — no luck required!