The Farmers' Almanac clears the air on the Idaho winter forecast 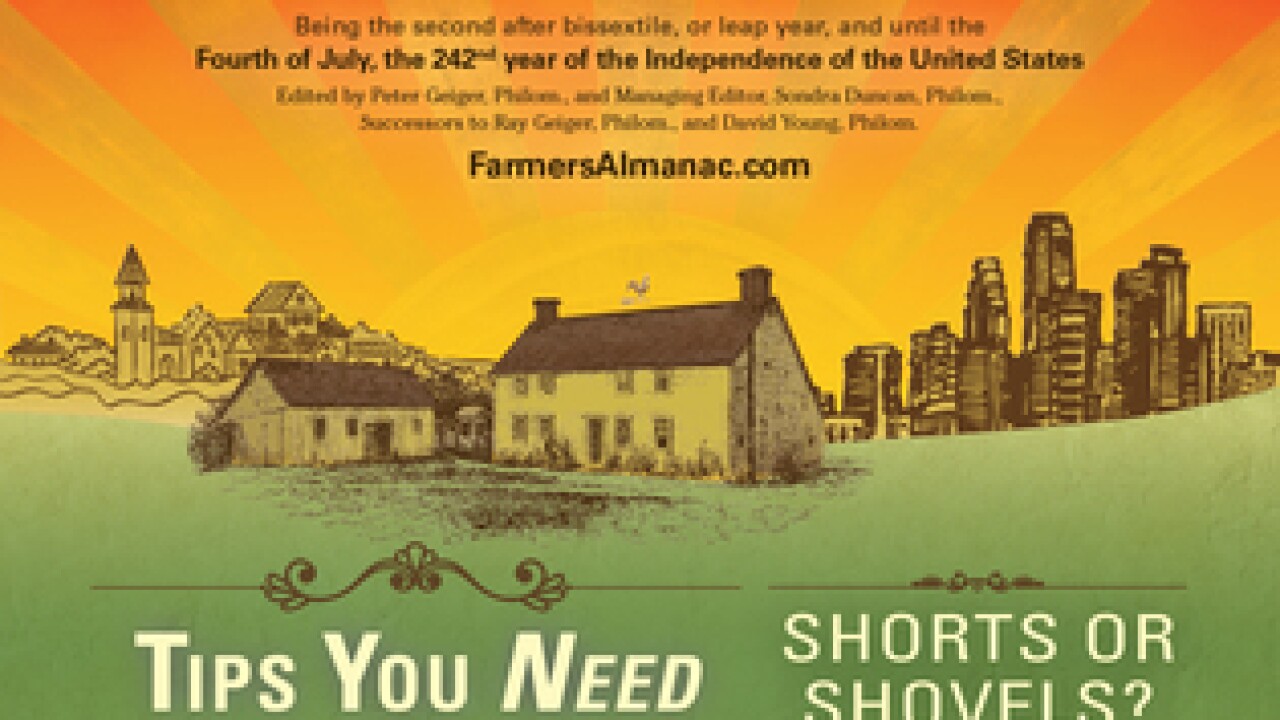 It’s hard to forget last winter in Idaho or "Snowmageddon" as many have labeled it.

The snow started to fall in December and by the time it ended, last winter was in books with the fourth snowiest January in the last one hundred thirty three years, the ninth snowiest December, and the fifth longest streak with snow on the ground at fifty-two days.

Marie Woodbury is originally from London, but has lived in the Boise area for decades with her husband and she says:  “It was awful there they didn't clean the side streets!” Marie said, “I thought I was back in Alaska again! It was awful and I've never seen anything like it... never ever!”

But not everyone was ready to move to the tropics. Nicollette Harris said she loved it. “The more snow the better for me I'm not a fan of summer”

The big questions are, “What about this winter? Are you hearing rumors of ‘Snowmeggeon’ part two?”

Scott Dorval decided to go where everyone goes for that long range winter forecast, none other than the Farmers’ Almanac.

Editor Peter Gieger says the almanac has been providing weather forecasts nearly two years in advance with an eighty to eighty-five percent accuracy rate over the years since 1818.

“I had three really great winters in a row. Last year we thought it (Idaho) was going to be extremely wet and it was even more than i could've ever hoped for.”

The Farmers’ Almanac does not predict exact snow totals for a season, but it does give an overview.

CHECK OUT THESE GREAT PHOTOS OF FALL

Geiger said, “So if you're planning a vacation or you're planning for a holiday or an outdoor event people go to the Farmers` Almanac and that's a good source for long with long-range predictions.”

Despite all kinds of rumors of “Snowmageddon” part two, Geiger says he's not expecting a repeat performance of last winter in Idaho.

“I think your average is some 20 inches of snow or less.  I think you probably will get something like maybe 20 inches, but you're not going to get the 40.  I'm sorry I know how much you enjoyed the snow last year.”

But despite the brisk and drier than normal official Farmers’ Almanac forecast, not everybody believes that.  “I just don't think it's accurate. I think it's going to be cold and snowy,” said Nicole Harris, but only time will tell who is right about this.

The Farmers' Almanac is not just for the long-range winter forecast.  According to Geiger, “There's something in here for just about everybody.”

For instance, there's a contest for the best spinach recipe and you can even find out which household product you can add to water and put in a spray bottle to make it easier to remove

frost from windshields.  Plus, you can find out how to make your worms for fishing last longer and stay “ wigglier”.

There’s been a lot of talk about El Nino and La Nina over the past years and these particular natural occurrences affect our weather patterns greatly.

Scott Dorval has been studying this “oscillation”, as it is called, this year and it appears that there is a good chance for a weak La Nina. In fact, there is a La Nina watch in effect for this winter.