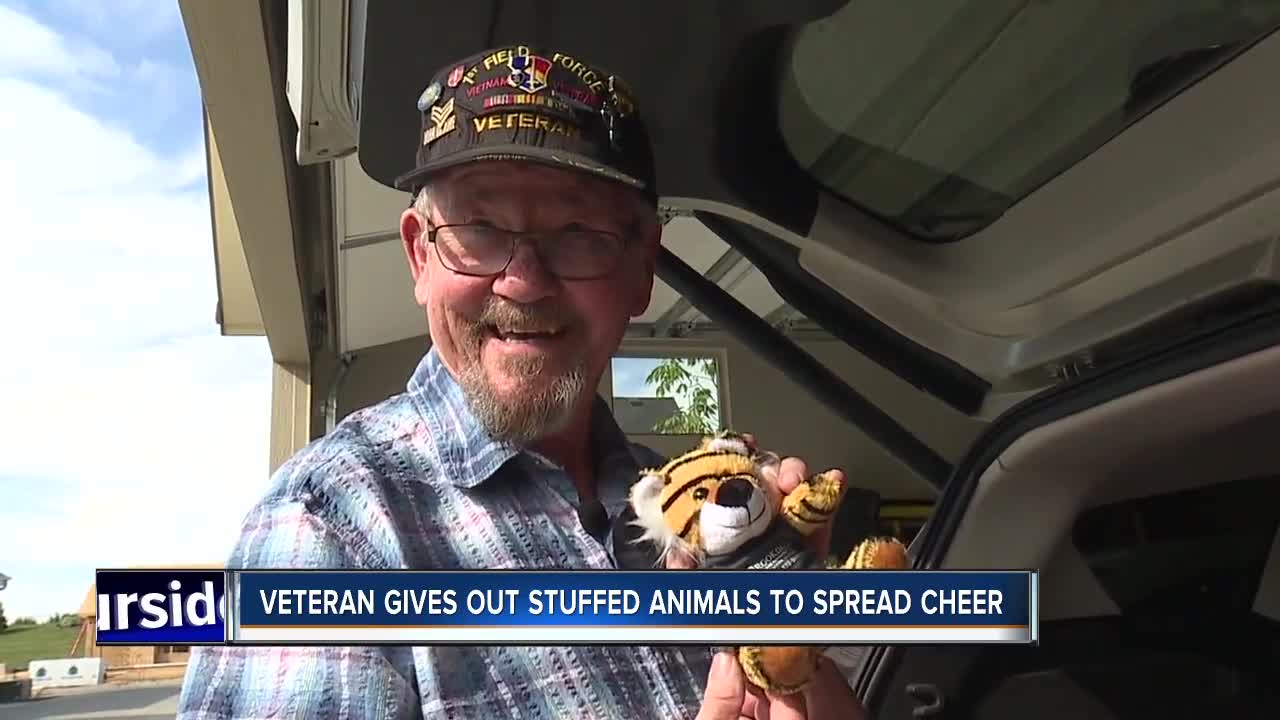 TREASURE VALLEY — A veteran himself, Wayne Smith started visiting patients at the VA two years ago. Then he started passing out stuffed animals to children at hospitals and at restaurants.

"If I see some people at a table somewhere and they're not smiling, I give these out because you can see the smile," said Smith.

It all started in February of 2018 when someone bought Wayne and his wife's breakfast after seeing his veteran hat.

"My wife said that we got to pay some of this forward and I saw some children and I decided that I would give them whatever I could possibly could give and I had some stuffed animals in the back of the car," said Smith.

Last November, Wayne's wife died of ovarian cancer, but before she passed she asked him to keep spreading smiles through stuffed animals.

Every month, Wayne spends 400 dollars of his own money to buy the stuffed animals. He keeps this basket full of them in the back of his car for anytime someone needs a little cheer.

"He stopped crying and he forgot about his little strawberry on his knee and he just started smiling and his eyes got big and I just said to myself, you gotta just keep doing this."

Some give him stuffed animals in return. One of Wayne's favorite hangouts is the Applebee's off Eagle road and Fairview in meridian. That's where he recently sparked conversation with Brandie Thomson and her husband.

After their server told her about Wayne's back story, Brandi immediately jumped into action to get collect more bears.

"I mean, just helping other people in our community is huge," said Thomson.

If you can ever see a person go from crying to laughing or a frown to a smile, you've succeeded," said Smith.

Brandie started a fundraiser on Facebook for the bears which has already raised thousands of dollars for stuffed animals. To dontate head here, Wayne "The Teddy Bear Vet"

If you would like to donate bears, you can drop them off at Adobe Hospice and Home Health in Meridian. There will also be a community gathering at Wayne's Applebee's on Fairview and Eagle to meet Wayne and drop off bears on Friday, September 13th at 6:30 p.m.