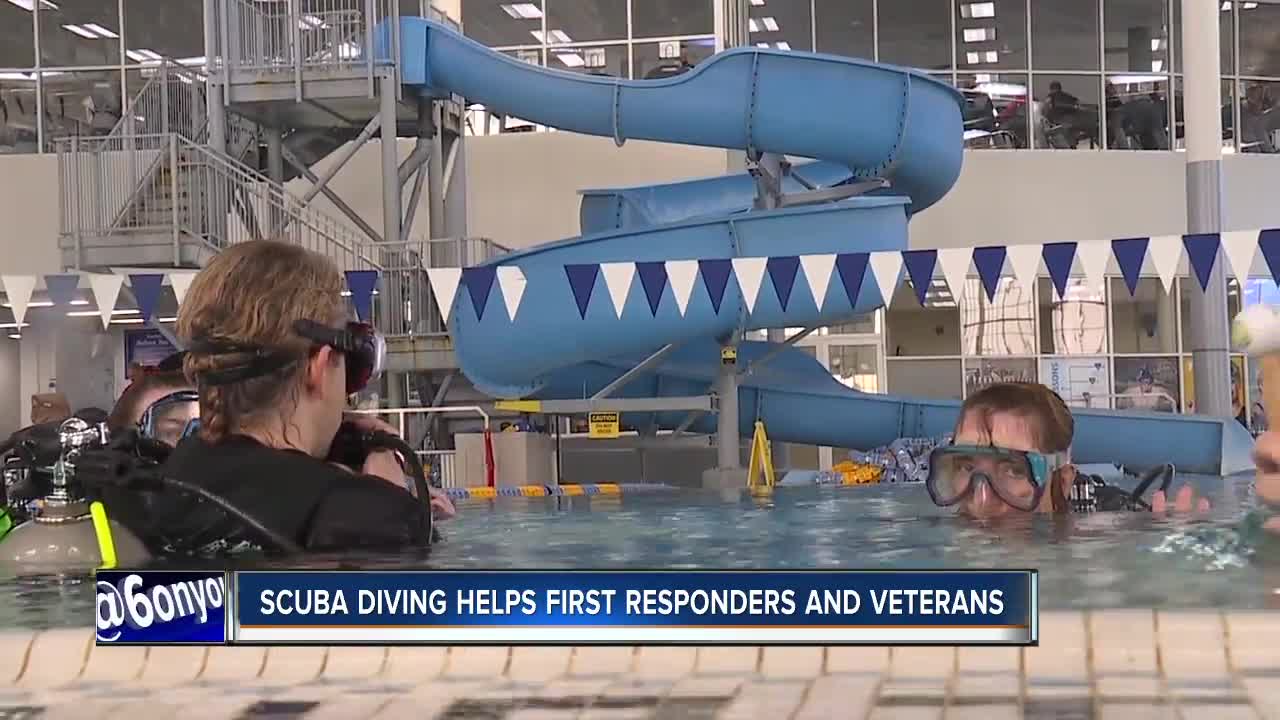 The organizer says scuba diving gives veterans and first responders a single focus to cope with issues like anxiety and PTSD.

Veteran Brooks Shepp says there's no better place than under the water.

"You can't really think about anything under the water, you can't think about your family, your bills, and your jobs. You're hearing yourself breathe, which is really therapeutic," said Shepp.

"Since it's been a male intensive sport, it's not always focused on women's gear, and now we're getting into position where we can purchase equipment that is made to fit women, and it's not just pinks and pastel colors, but it's gear that actually fits women," said Anderson.

Anderson says the hope is to move the divers into leadership positions.

"I get to spend time with these incredible people that made a huge difference and impact on our country," said Aleena Habib, civilian member.

All of the women say they dive for different reasons.

"I was looking to fulfill a promise I made to a brother veteran a long time ago who was killed drowning in a plane that went down, and I wanted to eventually work up to becoming a rescue and recovery diver to honor my brothers," said Christi Tedder, veteran.

Despite their different reasons for diving, Laurie Bird says they have many things in common.

"It gives women the confidence to solve problems by themselves, trust themselves, and know that they can do anything," said Laurie Bird, a family member of veterans.