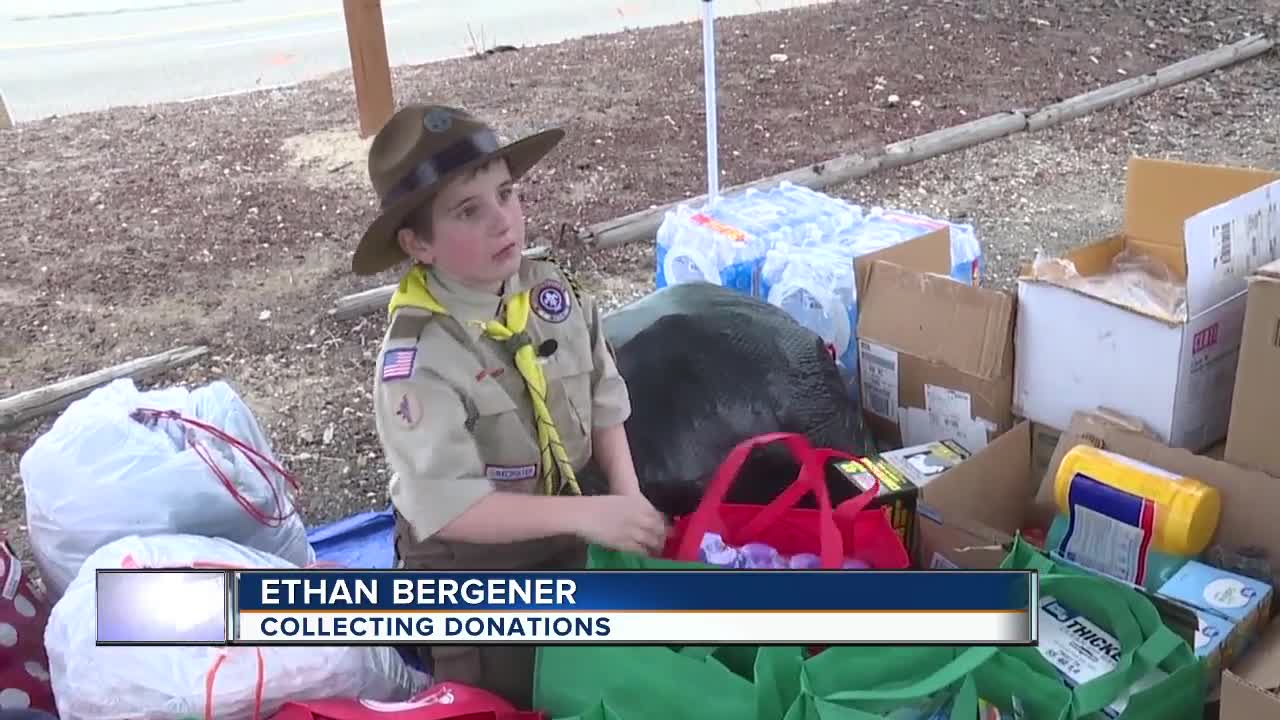 Ethan Bergener took it upon himself to help people who were affected.

TREASURE VALLEY — After hearing about the evacuations and damage from flooding in Oregon, 11-year-old Ethan Bergener took it upon himself to help people who were affected.

"I found out on the news that my family was from that area and that there was a flood, so I wanted to help them," said Bergener.

Along with his family and friends, he organized a donation drive.

"It's a big honor to help somewhere, something, and it's really fun to know that we're doing something great," said Alex McClure.

"Trade myself just so that those people could be in this wonderful place. I would put myself in that place to save them," said Kian Wheeler, Ethan's friend.

The group spent Saturday at two locations collecting goods, including hay for cows and animals.

Ethan's dad, Sean Bergener, says they are taking the donations to Oregon themselves.

"It's phenomenal that he's taken it upon himself because it's just showing that he's becoming a more motivated as a nice young man to take more responsibility upon himself and further his endeavors," said Sean Bergener, Ethan's dad.

It's not too late to help out. You can email Ethan at Ethanb.scouts.com.

He's asking for items such as non-perishable food, blankets, toiletries, shovels, and hay.