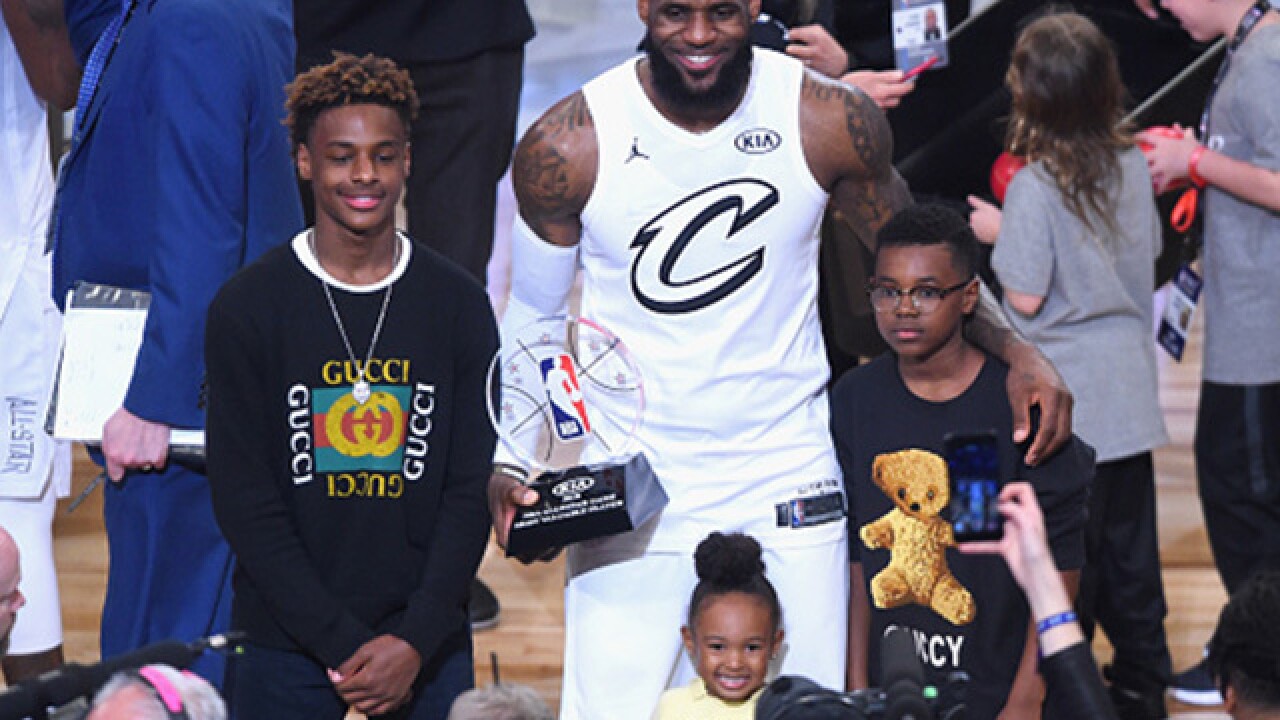 LeBron James has passed on the fruits of his success to his children, along with a natural basketball ability that is evident in his oldest son Bronny James. With all that comes with having a famous basketball player dad like James, there is one thing he regrets giving his son—his name.

In a preview of his new series "The Shop," which premieres on HBO on Aug. 28, James opens up about being a family man.

"I still regret giving my 14-year-old son my name," James discussed the pressure his children will face in whatever field they decide to pursue.

James, who didn't have a father growing up, said it was important to name his son a junior because he wanted to do everything his father never did for him.

“I still regret giving my 14-year-old my name.” - @KingJames

This and more real, unfiltered conversation with @OBJ_3 , @mavcarter , and more in UNINTERRUPTED’s unscripted series THE SHOP.

"The only thing I can do is give them the blueprint, and it's up to them to take their own course whenever that time comes," James said.

He talked about how last summer was the time he really could sit down and watch them play in tournaments.

"I'm sitting there and I'm watching the game, and I feel my hands just start sweating, I feel my chest start sweating...I'm like, what is this? Thirteen-year-olds out here hooping, why you feeling like this? Then it went from just sitting there... then getting into an argument with a mother. The first person I apologized to was to my mother...The reason I apologized to my mom is because I used to get on my mom so much," James said.