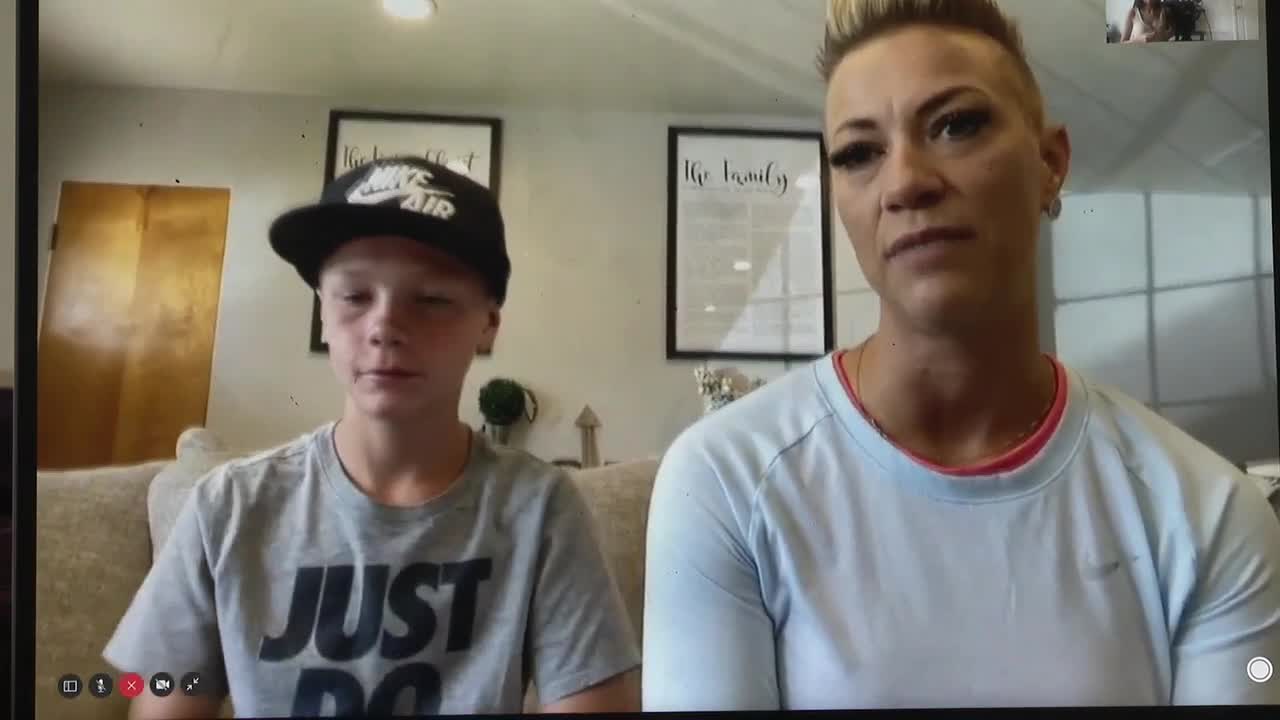 "After that, it just became a weekly thing, and now I have my own little business," Krew said.

After recovering from health complications, he wanted a way to stay active, so he began riding his bike around the neighborhood, asking people if they needed help mowing their lawns.

"I think what spurred all of this was we had recently moved, and he loaded up his trailer after we moved and headed back over to the old neighborhood, and somebody got a picture of him over by la fiesta getting ready to cross the road," Sara Ega, Krew's mom, said.

Krew has a lot of regular customers but has also been gaining some new ones.
"You know we applaud him for his efforts and wanting to be successful at 13 and do stuff so that he stays in shape and stays active," Sara said.

Krew does this as volunteer work, and neighbors will pay him what they can.
"I don't expect to get paid; I just do it because I want to volunteer and want to help," Krew said.

Krew says his four-year-old sister, who has cerebral palsy, has inspired him to want to help others in need.

"I've always been that type of person just wanting to help around the house and help people out. When I see someone struggling, I do feel bad, and I want to go over and help them," Krew said.