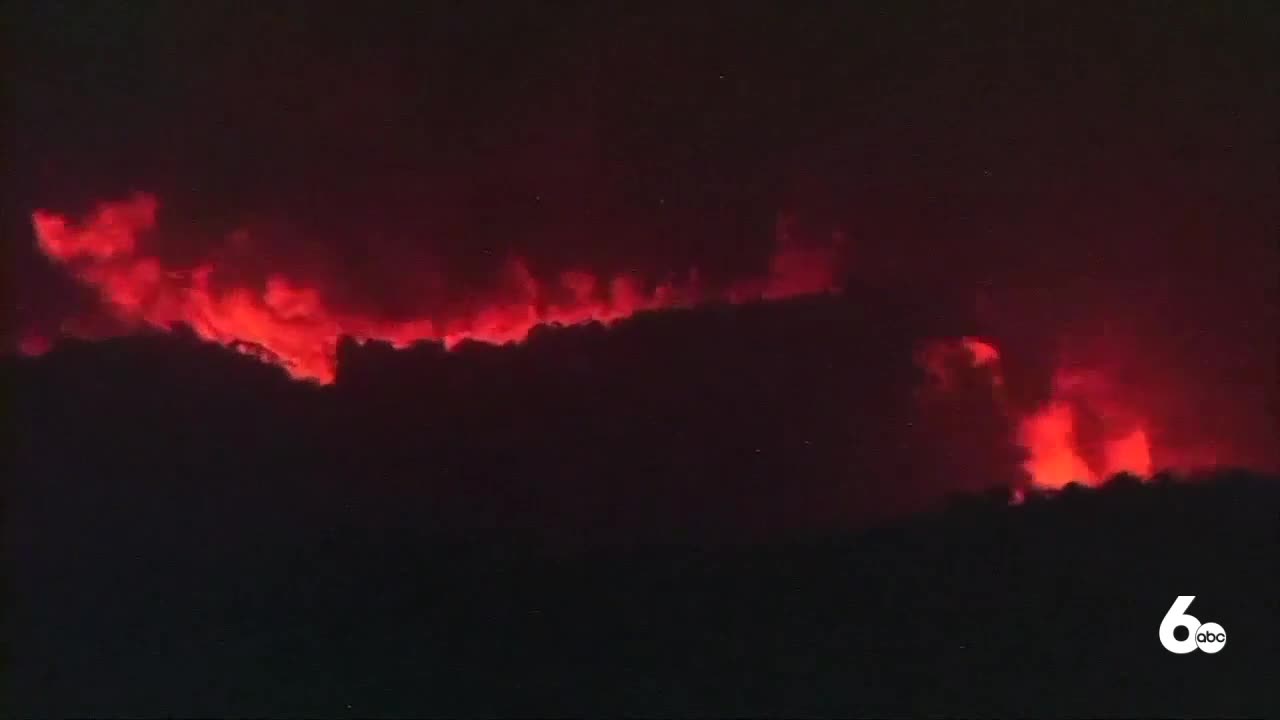 MAGIC VALLEY — Ryan Berlin, a Burley resident, put his name down on a national dispatch system for the fire department. This was supposed to be just another assignment to help him advance in his career, but when he got called out to the creek fire in California, he says it was unlike anything he has seen in his time as a firefighter.

"Not to this magnitude, I have seen some fires close, but on this fire right here, this is probably the most complex fire I have been on in a long time," Berlin said.

As a Fire Information Officer, Ryan's job has been to reach out to residents to make sure they know whether or not they are in danger. He says although the situation is adverse, most of these residents have remained positive.

"This is some traumatic stuff going on; they don't know if their homes are destroyed. But we're doing our best to feed them that information. We started repopulating the evacuation zones yesterday. We lifted some more restrictions yesterday, so we are allowing more people to get back in there, working with local sheriffs and highway patrol departments," Berlin said.

Although the experience has been an unforgettable one, Ryan says the most challenging part of this ordeal is being away from his family.

Ryan is set to be in California for two weeks but says he is ready to go wherever he is needed next.

"Wherever I'm ordered, that's where we go, and that's with the engine crews and everybody else. It's just the nature of the beast. You always have your bags packed, and you're ready to go whenever the call comes," Berlin said.