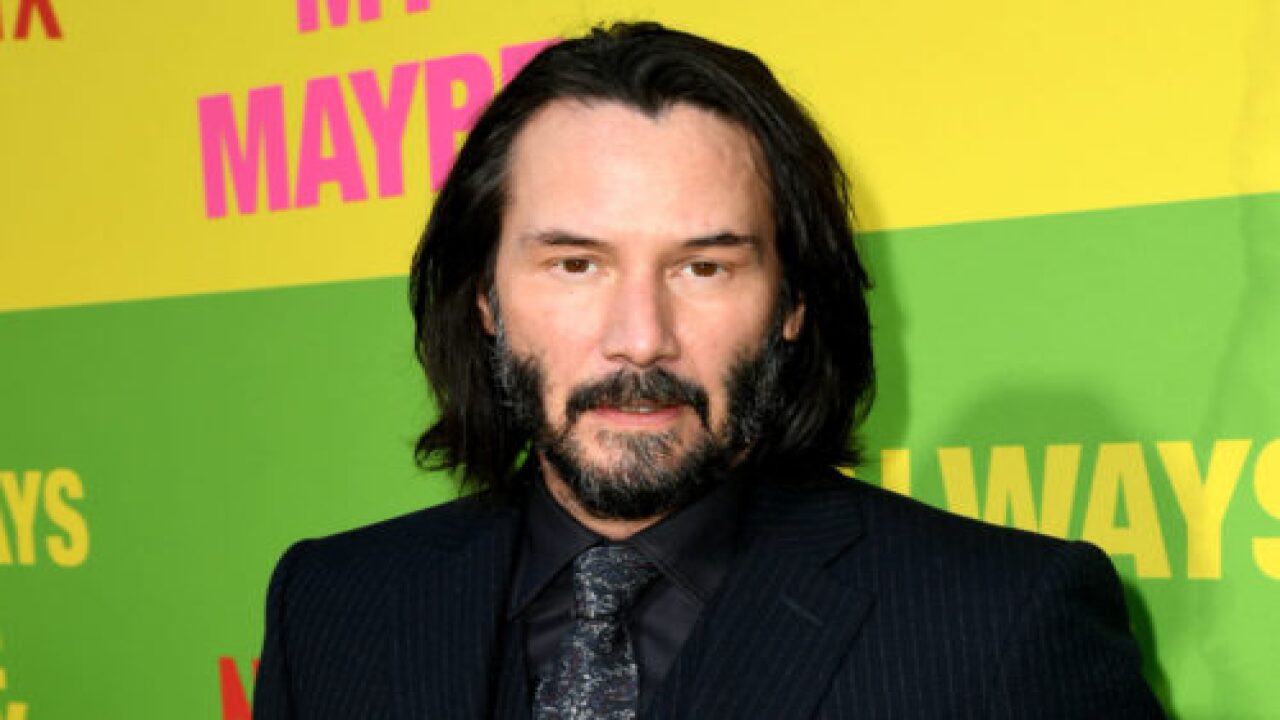 Keanu Reeves was filming “Bill & Ted Face the Music” in Slidell, Louisiana when he decided to leave a message on the front lawn for one lucky fan. He was on his way to set when he noticed a sign on someone’s front lawn intended for him.

The sign read, “You’re breathtaking,” which refers to Reeves’ appearance at the E3 video game conference in June, where fan and YouTuber Peter Sark shouted that compliment at him. Reeves replied in kind, telling the entire audience that they were “breathtaking” as well. The moment went viral.

When Reeves spotted the sign in Louisiana, he jumped out of the car and signed it for homeowner Stacey Hunt, who was watching from the driveway. He wrote, “Stacey, you’re breathtaking.”

She took to Twitter to post photos of the amazing encounter, including one in which the actor posed with her and her two sons:

Wow! Yesterday was a dream come true! We knew @KeanuReevess_ was filming up the street so my son said we need to make a sign that says "you're breathtaking" so we did! A few cars stopped but then a car stopped and there he was!! He actually stopped! Oh my heavens! @ed_solomon pic.twitter.com/TBGvAC8kEO

“Wow! Yesterday was a dream come true!” she wrote. “We knew @KeanuReevess was filming up the street so my son said we need to make a sign that says ‘you’re breathtaking’ so we did! A few cars stopped but then a car stopped and there he was!! He actually stopped! Oh my heavens!”

How awesome! Hunt’s post, with images taken by “Bill and Ted” screenwriter Ed Solomon, has since been re-tweeted more than 2,000 times.

“What you read about him being such a great person with a great heart is true,” Hunt told CNN. “At least that what I think from my few minutes with him.”

Keanu Reeves has been very visible in 2019, with the release of the latest “John Wick” movie and his voiceover appearance as stuntman Duke Caboom in “Toy Story 4.” Not to mention his brilliant turn as himself in Netflix streaming service’s rom-com “Always Be My Maybe,” featuring Randall Park’s hilarious song “I Punched Keanu Reeves.”

In another random act of kindness from earlier this year, Reeves entertained his fellow passengers when their flight from San Francisco to Burbank, California, made an emergency landing in Bakersfield. He joined them on the bus to Los Angeles, reading fun facts about Bakersfield and playing music for everyone.

This fan snapped a photo with him and posted it to Twitter:

That time when your flight out from #GDC almost crashes and you have to emergency land in a remote airport but at least Keanu Reeves is having as bad a day as you are. pic.twitter.com/XSPa1wlNuO

Looks like “Be excellent to each other” isn’t just a phrase Reeves says on screen. What a great guy!