Jupiter, Saturn And The Moon Will Line Up In The Night Sky This Week 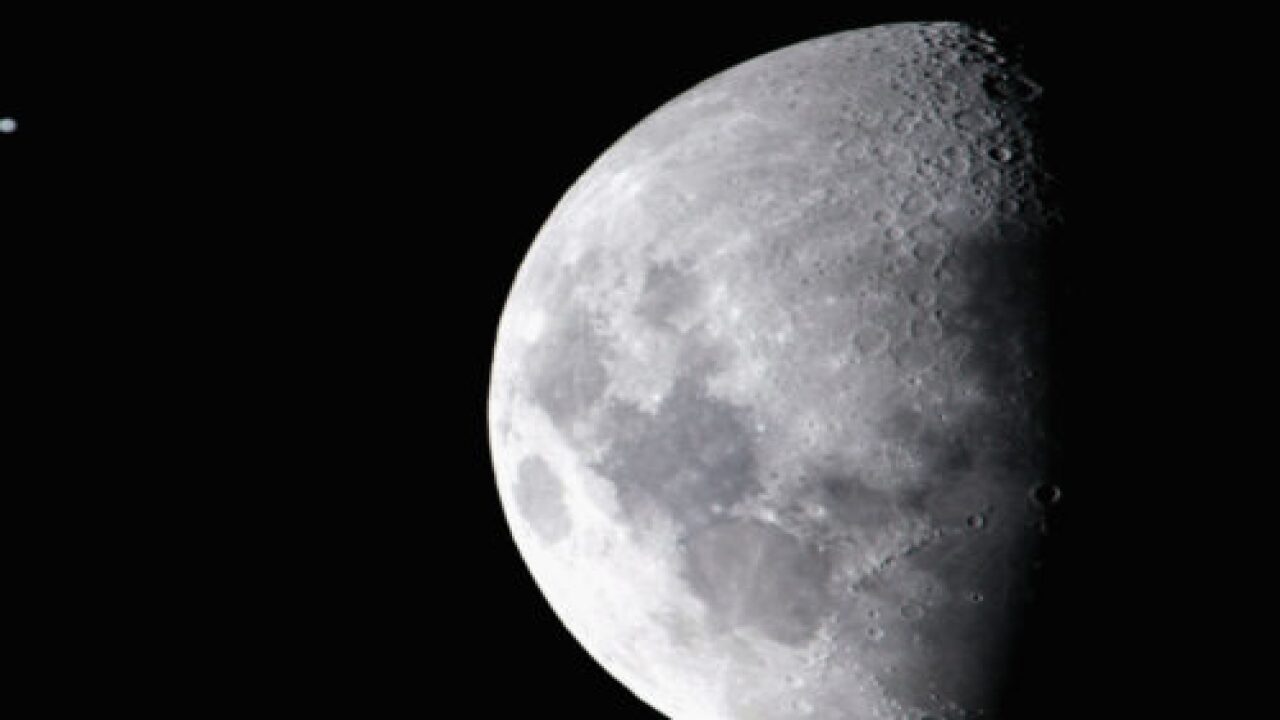 Jupiter will be the brightest planet in the sky during the month of August — and beginning Friday, it will be lined up with Saturn and the moon.

For three days, the trio will be lined up side-by-side … by side. Those who look south in the night sky from Aug. 9-11 will be able to see the moon in a nearly straight line with Saturn and Jupiter.

This is a perfect weekend for photographers who want to capture images of these planets to head outdoors somewhere far from bright lights.

So, what does it mean when we say Jupiter is “bright” this month?

“By bright planet, we mean any solar system planet that is easily visible without an optical aid and that has been watched by our ancestors since time immemorial,” EarthSky.org says.

Jupiter comes out at dusk and sets in the middle of the night.

Here’s a more colorful picture of Jupiter from NASA’s Instagram:

brand new image of Jupiterð What’s the first thing that comes to mind? ð½ Taken by the Juno space probe. Which is currently on it’s 19th flyby of jupiter; dipping as low as 8,000 miles from the planet’s clouds. image: © NASA #space #nasa

Saturn is also really easy to see in the month of August, and it will be out for most of the night.

“They both come out at nightfall and are out till late night,” EarthSky.org reports. “Mercury appears in the east before sunrise.”

If you’re struggling to tell which planet is which, remember this: Jupiter is 10 times brighter than Saturn. In fact, it’s the fourth-brightest object in the sky after the sun, the moon and Venus. (Jupiter was also the first planet formed in our solar system, if you need a nifty fact for trivia night!)

• JUPITER • Comment a few times if you need the full image ð or just ask ð Jupiter is the largest planet in our solar system; with storms as wide as two earth’s. It’s also the first planet that was formed in our solar system. Currently we’re studying the planet like we’ve never dome before. The Juno spacecraft is orbiting the planet and going closer than ever to try and uncover the mysteries trapped within. There’s so many mysteries, we’re still trying to find out if its core is solid or gas. Image: © NASA #space #nasa #spacex

Up close, Saturn looks different from Jupiter — namely, it has larger rings. Here’s Saturn, its rings and its moons in a picture from NASA that came straight from Voyager 1:

Saturn and its Moon's ð taken from Voyager. 40 years ago today NASA launched what would become the farthest spacecraft to ever leave earth. I posted some images from the craft on my story. Voyager 1 is currently around 13 billion miles away from us and still transmitting data back, NASA actually just sent a tweet to it today. Voyager sent back some of the first high quality images of the planets and their moons. It will likely outlast earth, and if aliens ever find this thing they'll be able to view images and audio from earth. ð It shows our location in the universe and contains audio/pictures of people all around the world living their life. It also includes images of different planets including earth, mathematical equations, and scientific formulas/diagrams of DNA. ð¬ Comment any questions you have about this and let me know if you want this as a wallpaper ð½ I'll dm it to youâ¨ Also voyager 1 has a twin named voyager 2 that was sent out in space two weeks before voyager 1. image: © NASA # #space #voyager #nasa

EarthSky.org says at nightfall and in the early evening during August, Jupiter will shine well to the west of Saturn.

In its tips for seeing Saturn, Space.com says the planet is highest in the sky from nightfall until 10:30 p.m. — but it’s not high above the horizon, especially for those viewing from northern latitudes.

Here’s an example of how the two planets appeared from Pune, India, in May. Jupiter is the large bright spot at the center, and Saturn is the standout spot to the left of and slightly below Jupiter.

However, visibility can depend. “You may find that Saturn appears excellent on milky white nights when everything else is too dimmed by haze to be worth observing at all,” the Space.com visibility guide says.

So how do you tell the planets apart from the stars? If you’re not using a stargazing app to check star and planet positions, the best way is to check for twinkling — planets don’t twinkle. That’s because the stars you see are a single point of light hitting one receptor in your eye. On the other hand, your eye sees multiple light rays coming from a planet. These are affected differently by the atmosphere and hit different receptors in your eye.

The alignment of Saturn, Jupiter and the moon is not the only astrological event to check out in August, according to this tweet from AccuWeather:

You will also want to check out the peak of the Perseid meteor shower on Aug. 12-13, as well as watch the constellation Orion join the night sky at the end of August.

Fortunately, no special equipment is needed to see the Perseid meteor shower. Your best chance of seeing it will be in the Northern Hemisphere during the mornings, according to EarthSky.org.

The meteor shower has been happening since mid-July, but it will be especially visible this weekend.

Meanwhile, the Orion constellation is one of the most prominent ones in the sky. As Space.com explains, it contains two of the sky’s brightest stars, Betelgeuse and Rigel.

The name Orion comes from a hunter in Greek mythology and the constellation is said to resemble a man wearing a belt and sword, or “Orion’s belt.” (Some might also say the constellation resembles the shape of a bowtie.) Orion starts rising in the sky in June and will become visible to many in late November and early December, according to EarthSky.org.